IDJ has sent a fairly detailed account of The Hongkong Electric Tramway which appears in a book published in 1908 linked below.

This includes details of:

– the construction of the Tramway, the consulting engineers being Alfred Dickinson & Co of Birmingham, UK, and the contractors Dick, Kerr & Co of London

– the track dimensions and length, along with three forms of “permanent-way’ construction depending on ground conditions, and overhead construction

– the layout of the depot which, comprises an engine-room, basement, boiler house and coal store, car shed and machine-shop, smiths, paint-shop, carpenter’s shop and office.

– the numbers of tram cars

– the number of company employees

– company profits at this time

The following images, with headings, accompany the article. Interestingly the main title is The HongKong Electric Traction Company Ltd. 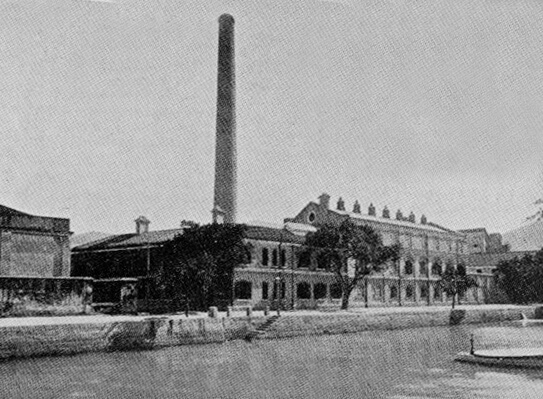 General view of the works 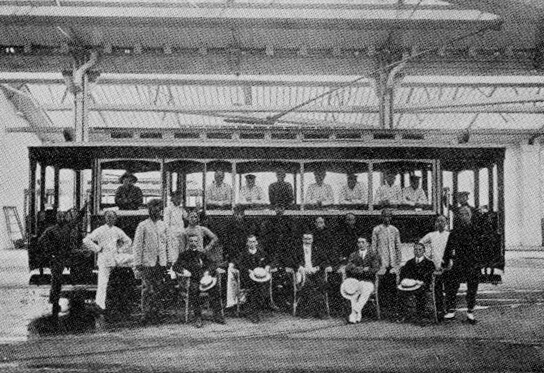 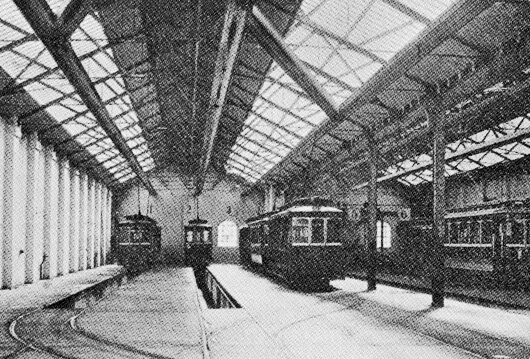 Interior of the car shed 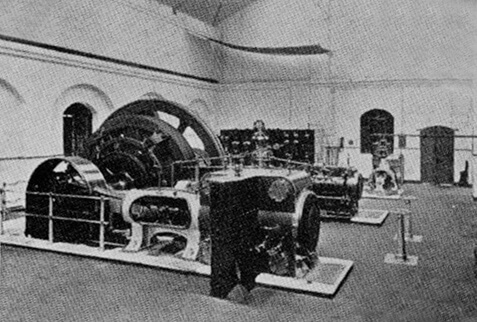 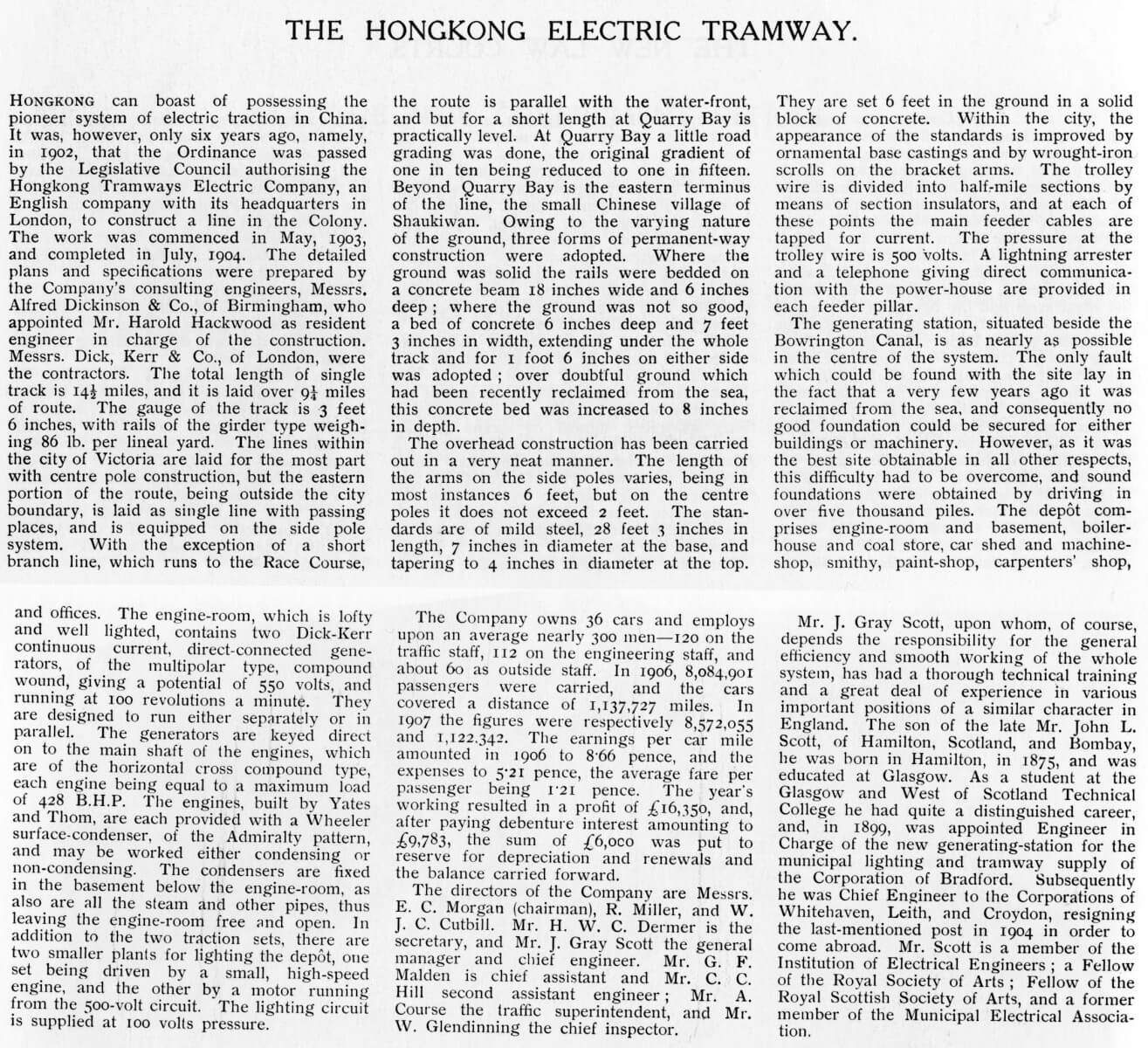 This article was first posted on 10th October 2014.