HF: This extract from a British Army Aid Group (BAAG) report from 1944 provides brief details about four companies during the Japanese occupation of Hong Kong during World War Two.

2) “Oxygen Factory” we have no information about this company – can you help?  What was its name? A sizable company, 1,000 workers, but notice the comment at the bottom reducing this figure dramatically.

3) The Hip Tung Wo Machinery Works – same with this company beyond this report. 2,000 workers? – if so it was a big company. Where was it? It produced diesel engines – what else? And why were ships’ engines stored there…(at this time)? 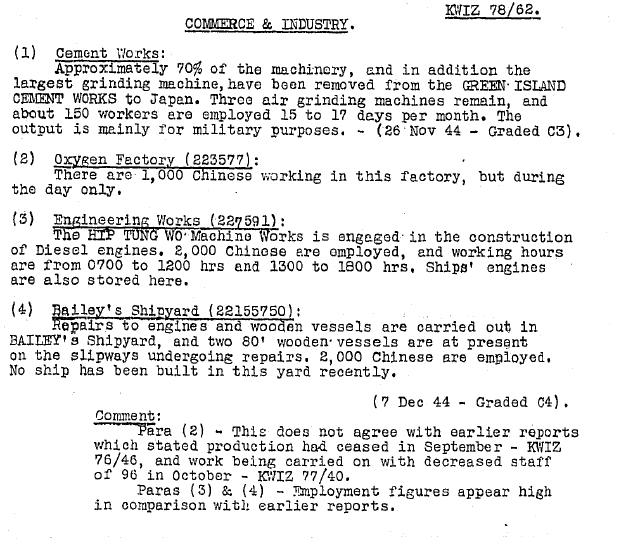