HF: Rather oddly I found this obituary of W S Bailey on a Scottish ancestry blog though Bailey appears to have been born in Dublin, Ireland.

As mentioned in other articles about Bailey and his Hong Kong shipyard, I have been unable to find an image of the man himself. However, I today contacted Bailey’s granddaughter, Robyn Evans, who tells me she has access to “a couple of lovely family shots and some of him at the shipyard” and will send them to me as soon as she can. When I receive them I will add them to this and possibly other related articles.

Stephen Davies has sent this photo of WSB which I understand comes courtesy of Mr Bailey’s family: 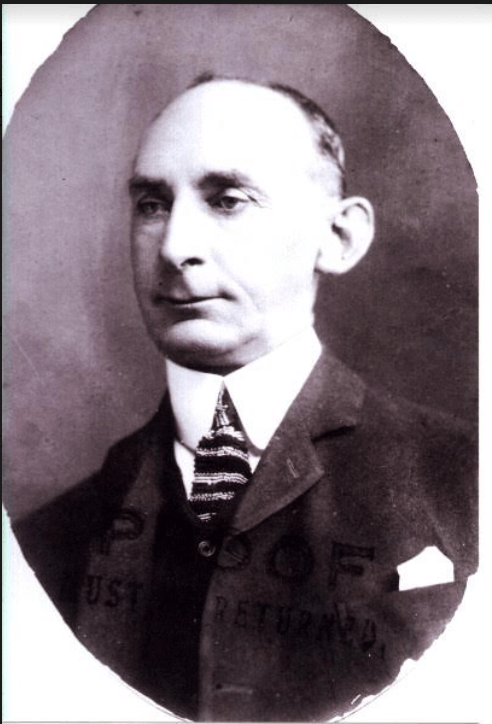 The death of Mr. William Seybourne Bailey, managing director of W.S. Bailey and Co., Ltd., Kowloon Bay, took place at the War Memorial Hospital, Hong Kong, on Dec. 27 after a short illness, at the age of 76 years.
A resident of the Colony for the past 40 years, the late Mr. Bailey was one of the best liked and most highly respected business men in the Colony, having earned the affection both of friends and the staff of the firm which he so successfully established and managed.
Born in Ireland, the late Mr. Bailey was formerly connected with the Australian coasting trade and with the China coast, before going to Hong Kong. The firm of W.S. Bailey and Co. was formerly Messrs. Bailey and Murphy before the deceased took over the sole interest.
For many years the firm has had a high standing as shipbuilders and repairers, specialising in smaller craft, which were regarded as models of good workmanship.
Mr. Bailey was also the builder of several river gunboats from the Canton Government.
Mr. Bailey was a keen sportsman, and his speciality was boxing. He figured, as a young man, in many a hard-fought contest and was at one time light-weight champion of the Colony. Long after he had retired from the ring Mr. Bailey, as referee and general patron of the sport, was still one of the leading figures in Hong Kong boxing.
Mr. Bailey was also a keen swimmer and a fine long-distance runner. Until a few years ago, all through the summer he would swim his three or four lengths at the Victoria Recreation Club, and then off for a run, to keep himself fit.
Mr. Bailey enjoyed extraordinary good health until about three years ago but, while in England, he had rather a serious illness. Though from then onward he had to take things more easily than had been his custom, he still kept hard at work and in fair health. He was only in hospital for four days, and his passing was unexpected.
Mr. Bailey was a life member of the Institute of Engineers and Shipbuilders; past president of the Kowloon Resident’s Association; a member of the Hong Kong Boxing Association and of the Hong Kong Club.
He was formerly a member of the Kowloon Bowling Green Club and was also a keen and generous supporter of St. Andrew’s Church.
Mr. Bailey is survived by a widow and four young children, two of whom are in Hong Kong and two at school in Australia having left here only a few weeks ago. 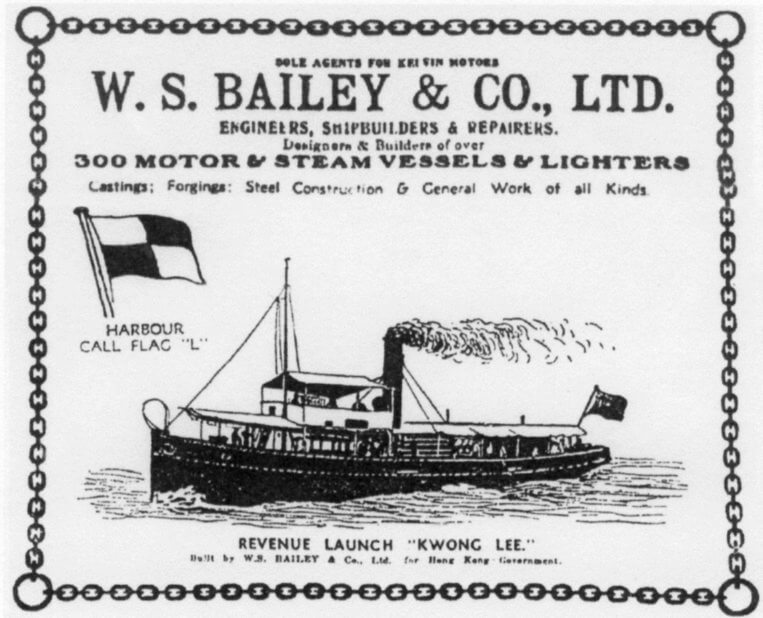