HF: The Hong Kong Maritime Museum website currently has an online exhibition representing a small portion of the photographic glass plates from its Hong Kong & Whampoa Dockyard collection. All images below are courtesy of the Museum. 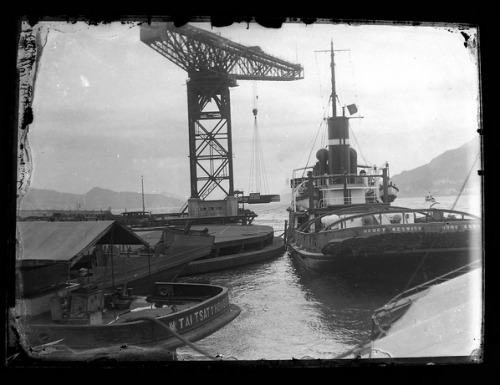 The Museum website says, with slight adaptation,”The consolidation of the Hongkong Whampoa Dockyard (HWD) with the Taikoo Dockyard in 1973 represented the most significant merger among Hong Kong shipyards. These two companies arguably were the most important ship builders in Hong Kong in the 20th century. They had witnessed the city’s industrial boom in the years between the wars and their destruction during the Second World War. Both companies would also be an important part of the city’s regrowth afterwards. 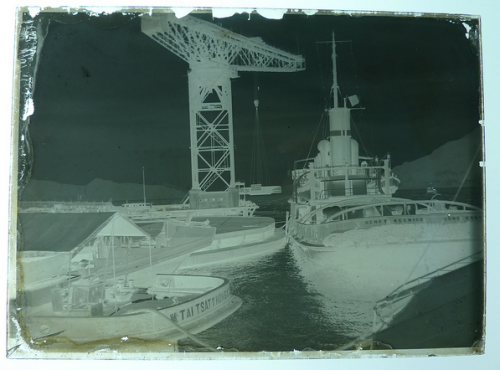 In 1973, in preparation for the company merger, HWD company records were collected, archived, and in some cases [discarded]. In one of the many boxes scheduled for trashing were a set of glass plate negatives, some dating back to the late 19th century. A company representative immediately recognising their historical value placed them aside and held them in storage. In 2008, the complete set was donated to the Hong Kong Maritime Museum and today makes up one of the museum’s most significant archival collections.

Glass plate negatives were used as a common photographic processing technique in the 19th and 20th centuries. They were treated with a light sensitive emulsion. When these were exposed to the sun a negative image of the scene was imprinted. These glass plates were then used to produce photographic prints on special light sensitive paper. 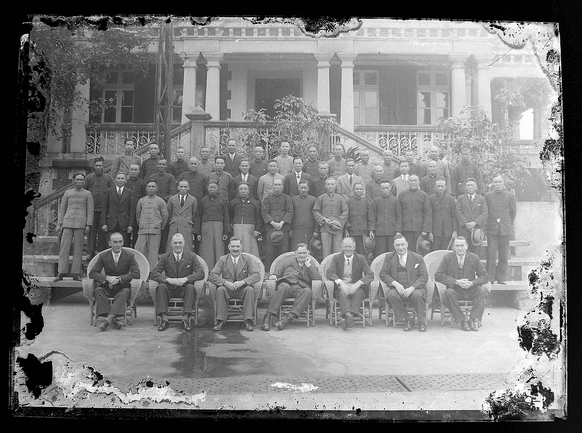 The HWD collection numbers over 100 individual plates. The photos represent the building process of their yard, ships being launched, new ships being tested for performance, and official company shots. The iconic images show their well known dock crane, constructed in 1937. This formidable structure survived the bombings of World War II and was a Hong Kong landmark into the 1970’s. 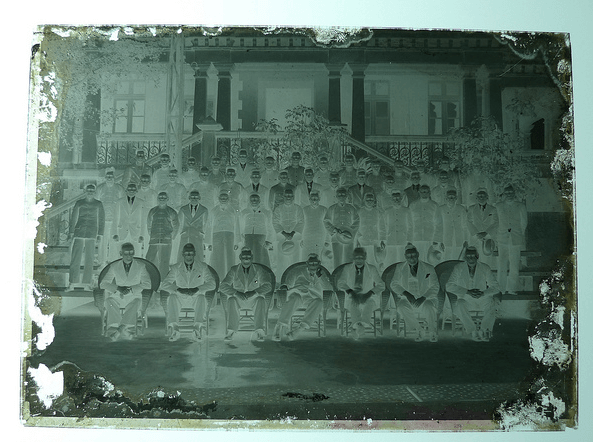 You can also see photos of family members of dockworkers who were able to share with the museum “a little more about the domestic side of the Hung Hom neighbourhood”.

This article was first published on 2nd October 2014.