HK and Whampoa Dockyard – what happened to its famous Hammerhead Crane?

In 1932 Earle’s Shipbuilding and Engineering Company, Hull, UK, was acquired by National Shipbuilders Security and dismantled, with the yard’s fitting-out crane being sold off to the Kowloon (HK &  Whampoa) Dockyard in Hong Kong.

Tymon Mellor: In November 1937, the Whampoa docks at Hung Hom were connected to the KCR by a 1.090ft siding down Baker Street. The line would provide access to the new 100T tower crane that was to be completed in 1938. As reported in the KCR 1937 Report for the year; “The crane is located alongside water which is deep enough to accommodate the largest ocean going ships. It is expected that the additional revenue will accrue to the Railway both in freight and special siding charges.”

The crane was a landmark for many years both for seafarers entering the harbour and for those living in Hong Kong.

HF: This image has been extracted from the 1940 British Pathe film, Civilians Evacuate Hong Kong, which you can see in full on Youtube. 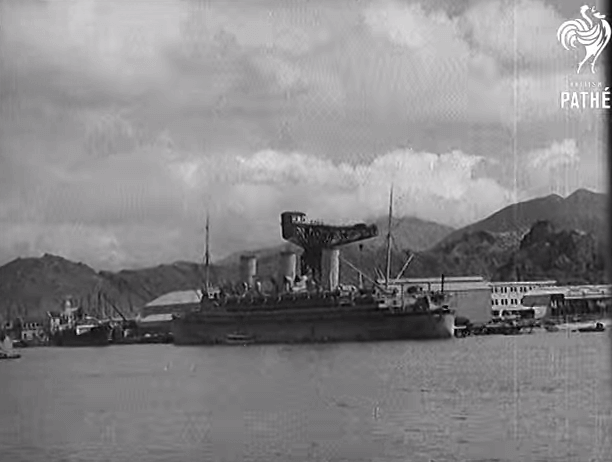 Despite attempts to blow it up both by the Japanese during the Battle of HK in 1941 and by allied forces during the occupation, it survived almost unscathed apart from slight damage to the crane’s tip from a bomb splinter. 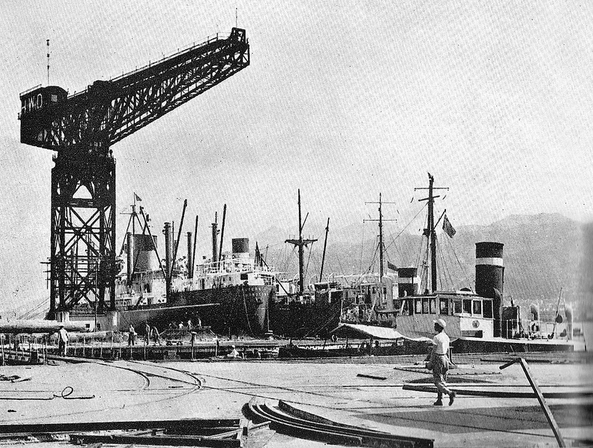 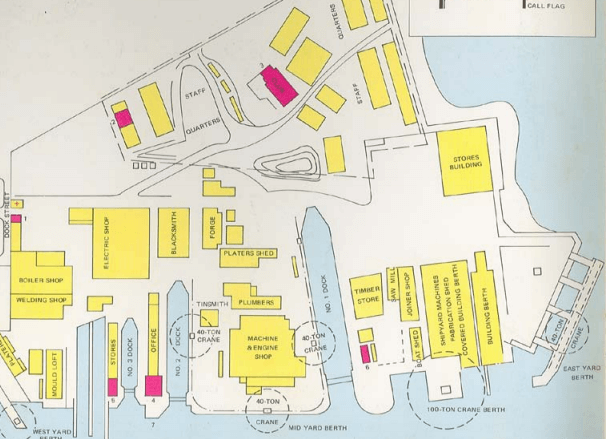 And in 1980 HK & Whampoa Dockyard closed and moved operations to Tsing Yi island.

But what happened to  the Hammerhead crane – a powerful symbol of HK’s once impressive shipbuilding industry?