Elizabeth Ride has sent the Naval section of a British Army Aid Group (BAAG) Waichow Intelligence Summary (WIS No.12) dated 18th November 1942. This covers shipping movements in and out of Hong Kong during the Japanese occupation in World War Two during mid November 1942. 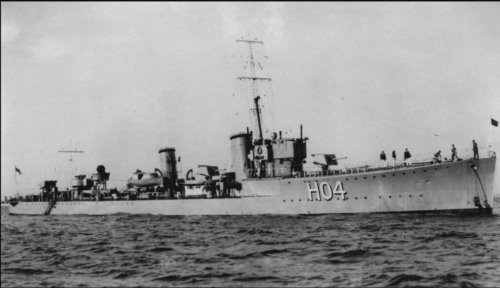 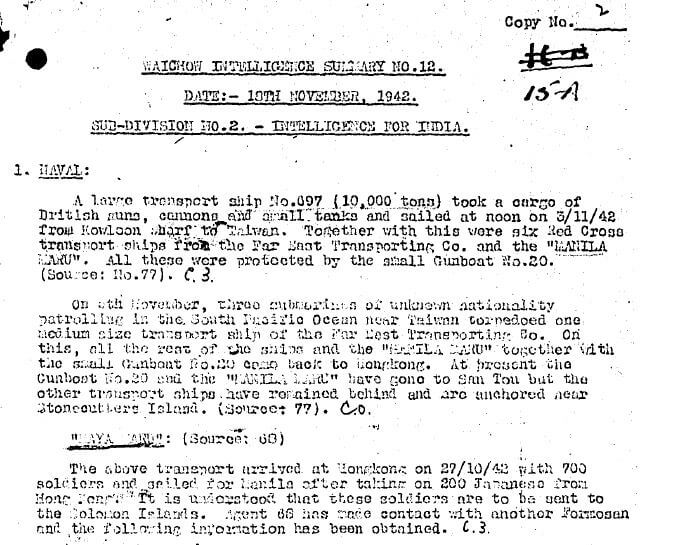 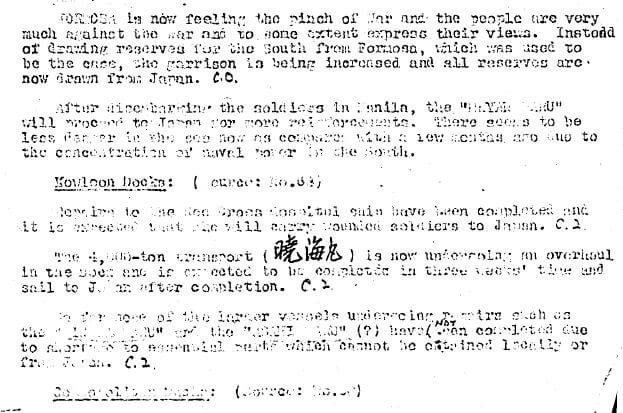 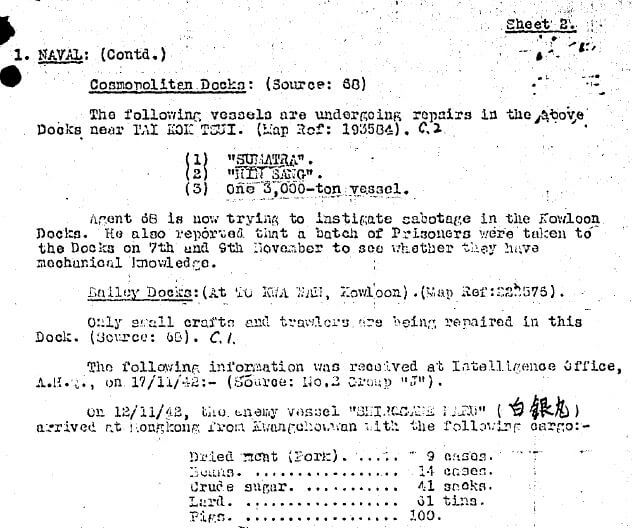 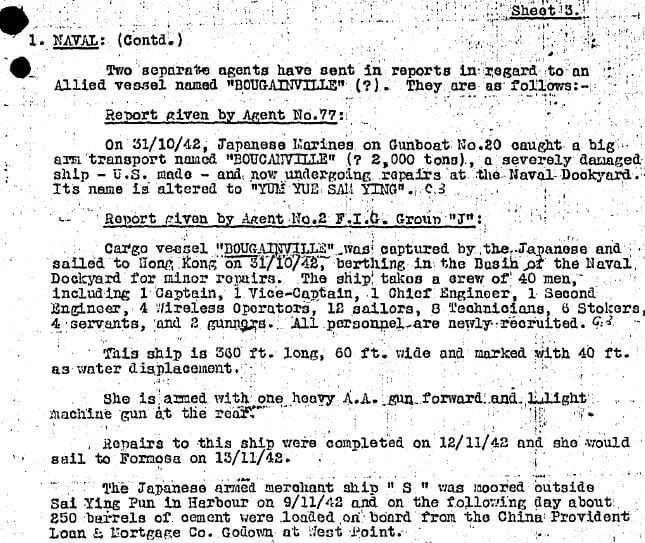 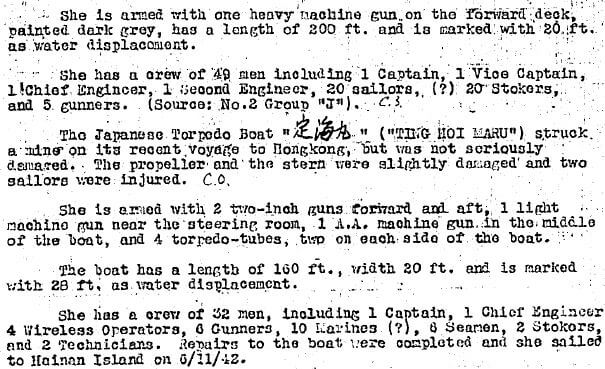 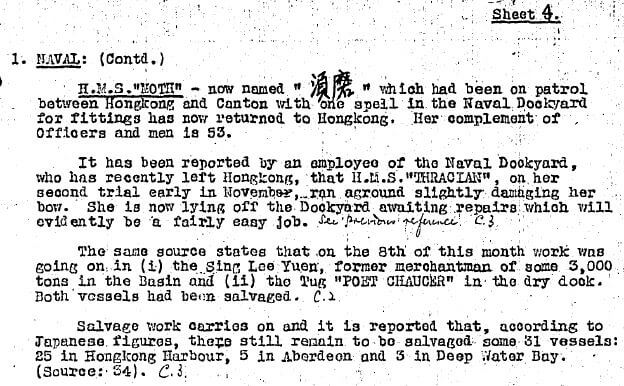 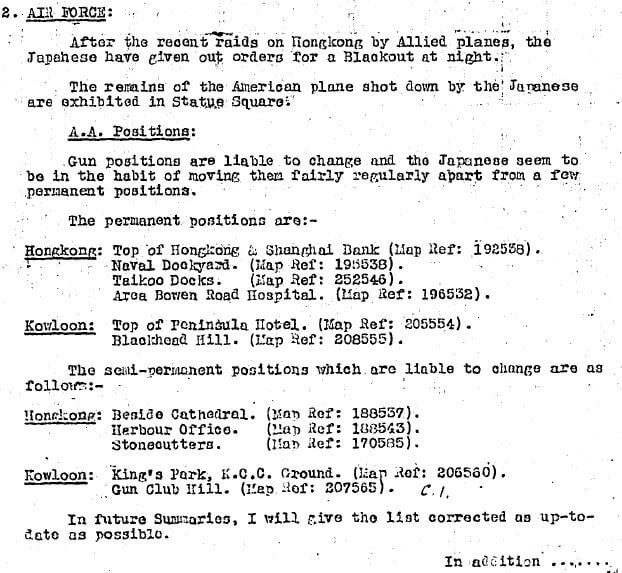