Elizabeth Ride has sent the Naval section of a British Army Aid Group (BAAG) Waichow Intelligence Summary (WIS No.25) dated 27th March 1943. This covers shipping movements in and out of Hong Kong during the Japanese occupation in World War Two during February/March 1943.

The reports also describe time spent by vessels undergoing repairs and maintenance in a number of Hong Kong shipyards.

HF: To aid research I have attempted to summarize and list the most salient points covered above each sheet of the report under three sections:-

Secondly, the names of Ships mentioned. This has not been easy. My inability to read Chinese or Japanese is a clear hindrance. Plus even when in English whether typed or handwritten they are sometimes semi-legible. Any corrections or clarification would be helpful. 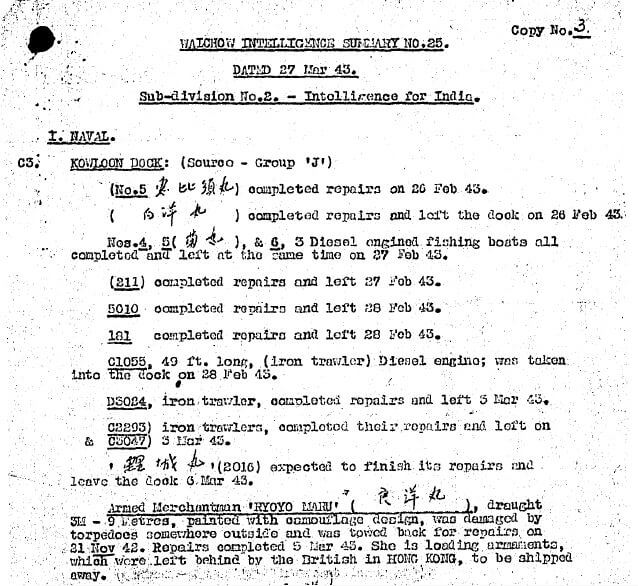 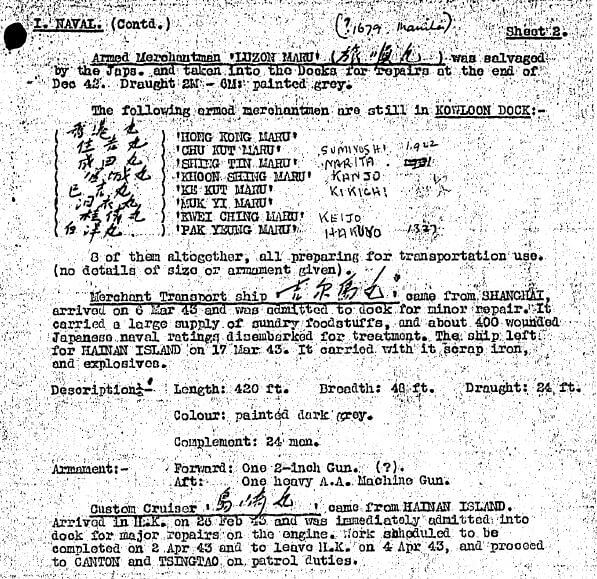 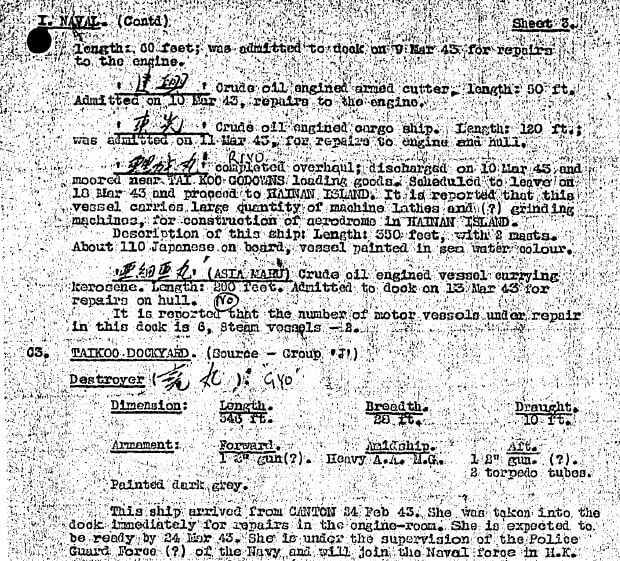 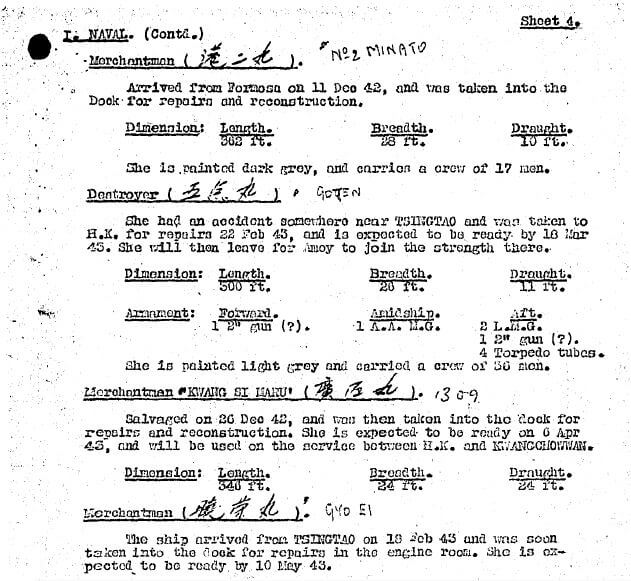 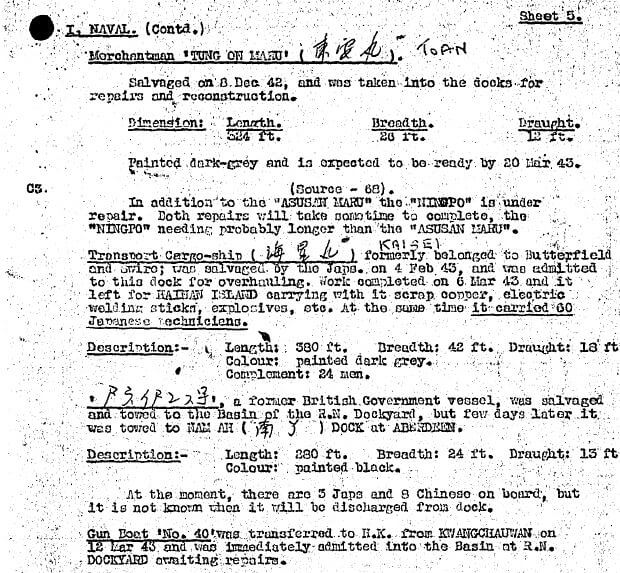 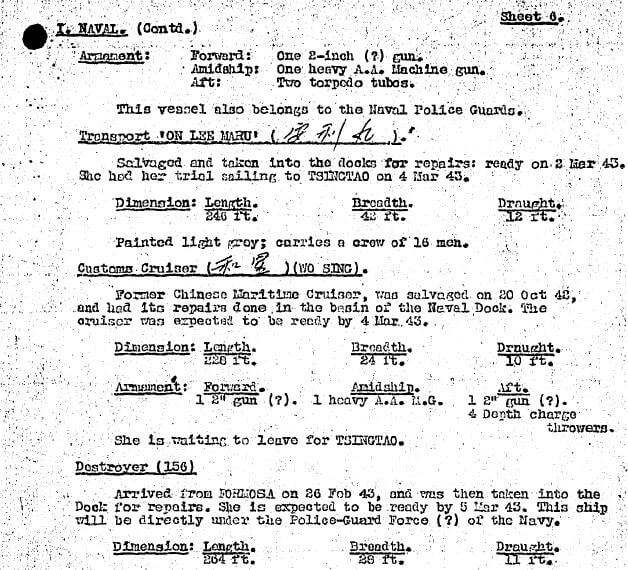 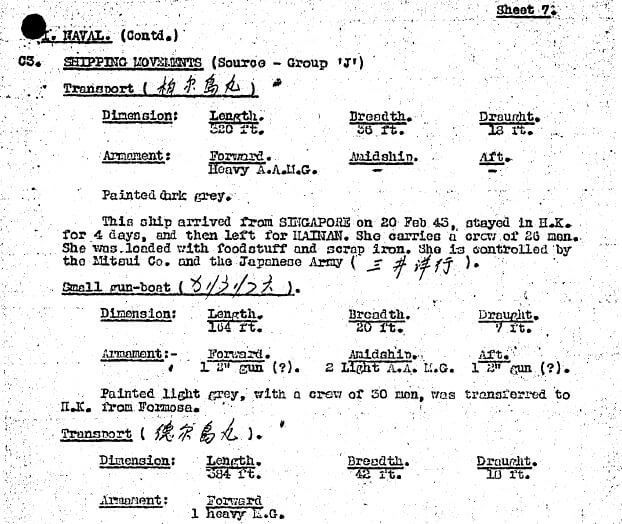 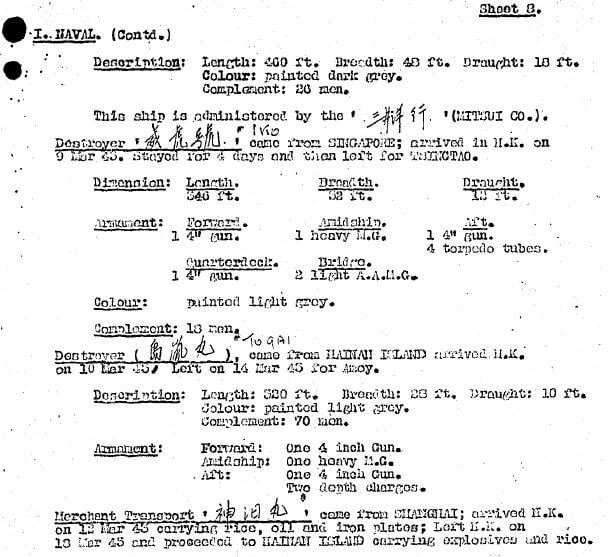 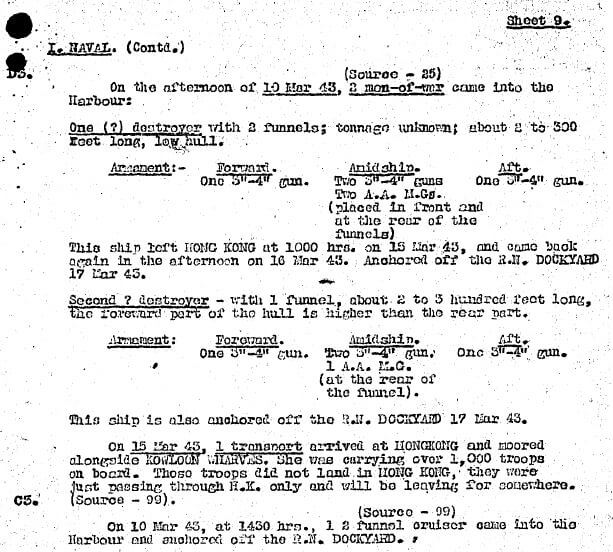 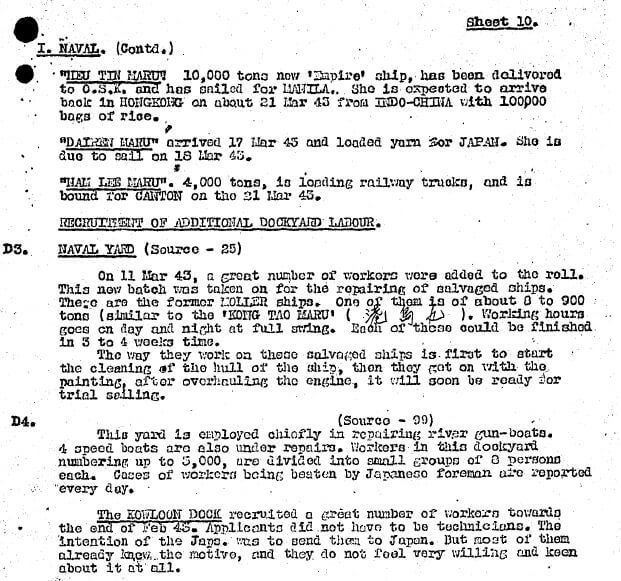 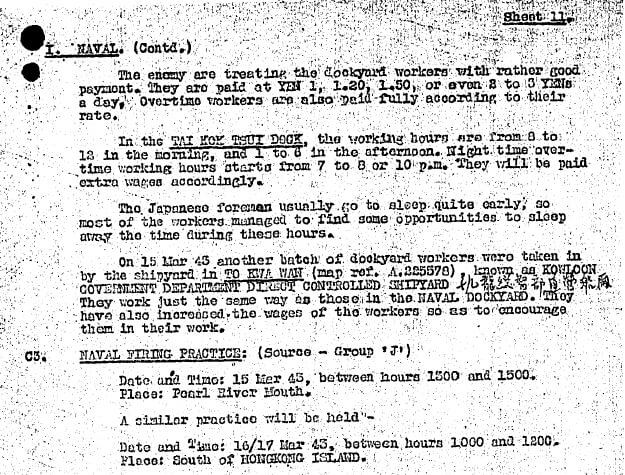 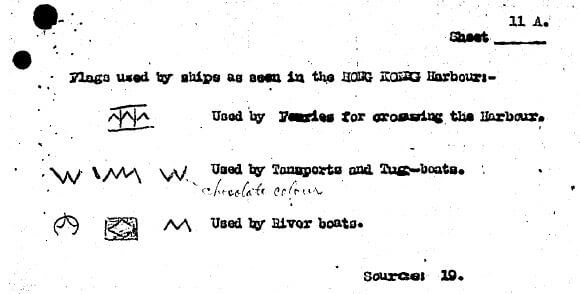