Our first Queries + Answers was posted on 7th February 2013.

Here are the Q+ A 17 to 24 with subsequently posted Indhhk Group articles below which are relevant to the subject but may not answer the original query.

Q+A 17 Proposal to build KCR around the coast? James Chan wrote “I heard that there was a serious plan to build the KCR around the coast because it was thought the Beacon Hill tunnel was too long to construct. I suppose it would have taken the Western route through Tuen Mun and Yuen Long. Can anyone confirm this? And provide a map and details of where the railway would have gone?”
We have a couple of articles which mention this proposal and other alternatives to the final Beacon Hill tunnel route:
The KCR – choices of routes, construction and opening
and Tymon Mellor’s article which includes, “…a westerly route had been proposed by the Director of Public Works, Mr W Chatham to avoid the steep ascent and descent over the Kowloon Hills. The alignment ran via Tsuen Wan and Tai Lam Chung to Castle Peak Bay, and then followed the valley to Yuen Long and the frontier at Lo Wu.”
The Kowloon Canton Railway (British Section) Part 1 – The Beginning, Three Possible Routes… 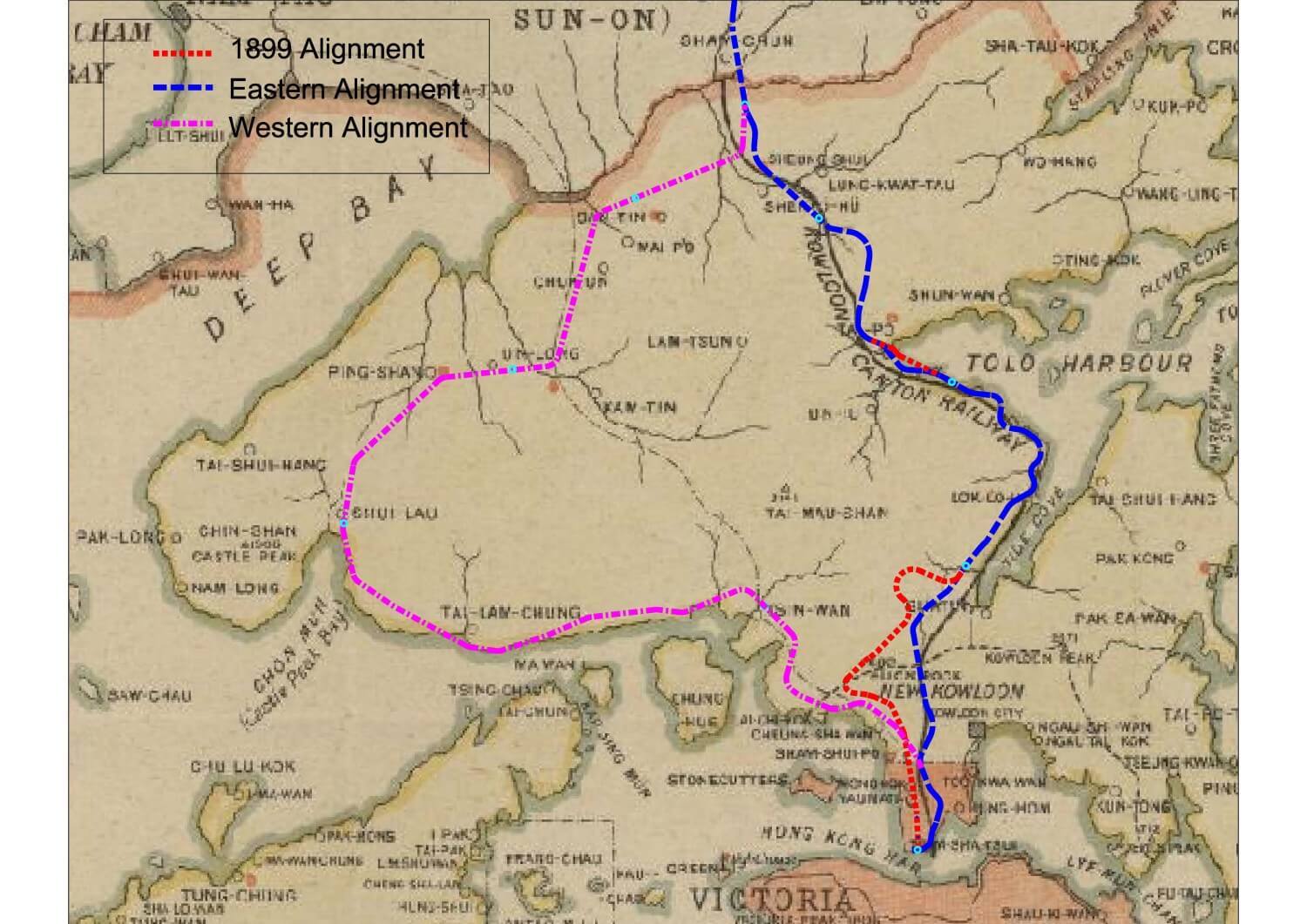 Q+A 18 Koon Fu salt yards, place name Kwun Tong HF asked about the origins of the industrial Hong Kong location, Kwun Tong,  and possible connections to the pre-colonial Koon Fy salt yards (官富場).
AC  suggested “官 and 觀 have the same pronunciation in Hong Kong Cantonese, so for whatever reason Koon Tong became Kwun Tong, it was not because of the change from 官塘 to 觀塘. In fact, 官塘 is still widely used today with many people assuming that it’s a simplification of 觀塘.”
Koon Fu salt yards – place name Kwun Tong 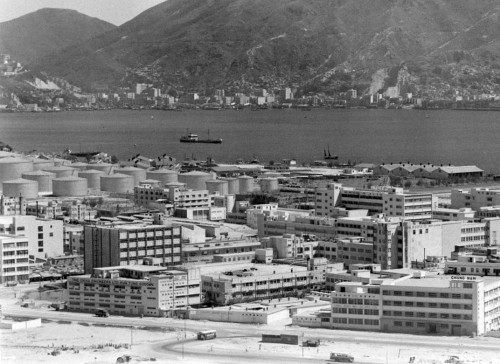 Q+A 20 George U. Sands – connection to three HK companies 1866 to 1880? George U. Sands apparently lived and worked in Hong Kong from 1866 to 1880 though one account says he died in 1878. He appears to have been connected to at least three HK companies, The Patent Slip and Dock Company, The Novelty Iron Works, The Hong Kong, Canton and Macao Steamboat Company. Could anyone provide further information about Mr Sands or the three companies?
Stephen Davies and HF came up with:
George Underhill Sands (1824-1881?) – connection to three HK companies
and Stephen:
Capt Sands’ Slip, c1870s, Sai Wan’s most influential shipyard owner 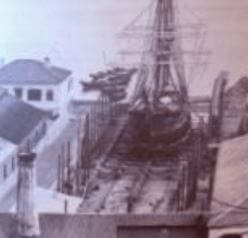 Q+A 23 North Point Government Quarry HF: This is shown in our article, Quarries in Hong Kong – a list. Can anyone supply further information about it? And why was it a “Government” quarry?
No information about this quarry has been forthcoming.

Q+A 24 Ng Tung Shan Mine – HK/China? Elizabeth Ride has sent this BAAG report. HF: The “200 men are now employed there”, suggests the two mines are at the same location. However, Ng Tung Shan appears to be in Shenzhen, China. And Ling Ma Hang is very close to the border but in Hong Kong.
Can anyone help clarify this report?