HF: Desalination (or “Desalting” as it appeared to be called at that time)  was a source of water in Hong Kong between 1975 and 1981. A large desalination plant was commissioned at Lok On Pai, near Tuen Mun, in 1975, but was decommissioned  in 1981 because its operation was more expensive than importing water from Dongjiang in China.

A Water Supplies Dept report provides considerable detail and is linked below. It was obviously written before the plant’s closure.

In February 1971 an experimental distillation plant was built at Lok On Pai and ran for twenty months. 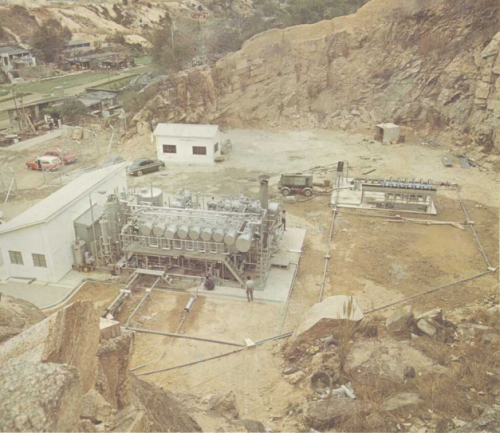 In May 1971 the HK Government officially announced that it intended to build a large scale “desalter” at Lok On Pai on a piece of land measuring about 9 hectares.

IDJ has supplied this aerial photo of the plant. He adds, at the top left is the bay that is now covered by the “Gold Coast” development. 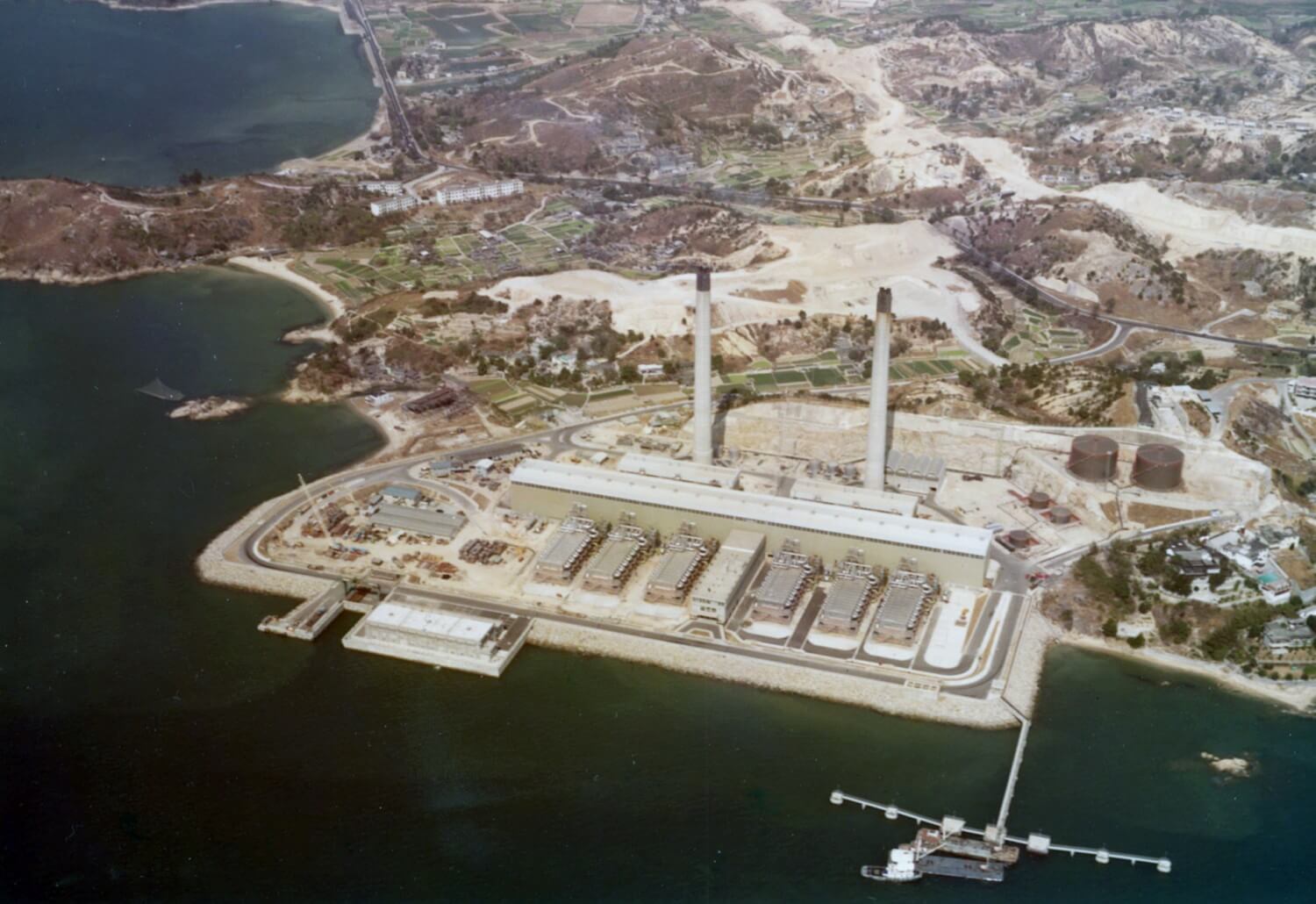 IDJ further adds, When the desalting plant was being developed a number of CLP staff left the company and became government employees to manage and operate the de-salting plant. However the accelerating rises in the cost of fuel oil caused by issues in the Middle East meant that by the time it was built it was restricted in its operations. Also relations with China improved so that secure water supplies from across the border were less at risk. This was about the time President Nixon visited China and met Chairman Mao when all round relations improved between China and the West.
Please refer to Ernest Evans’ comment below.

Later when the Castle Peak Power Station project was being developed at nearby Tuen Mun I believe there was some discussions with CLP about taking over the operations of the de-salting plant or incorporating such a plant into the new power station’s construction as many of the operational principles and the engineering were similar to a power station. This proposal faded away. Probably due to differences between CLP’s commercial commitments and HK governments desire to off-load something that was by now something of a “White Elephant.”

The complex was officially opened by the Governor of Hong Kong, Sir Murray MacLehose, on 15th October 1975 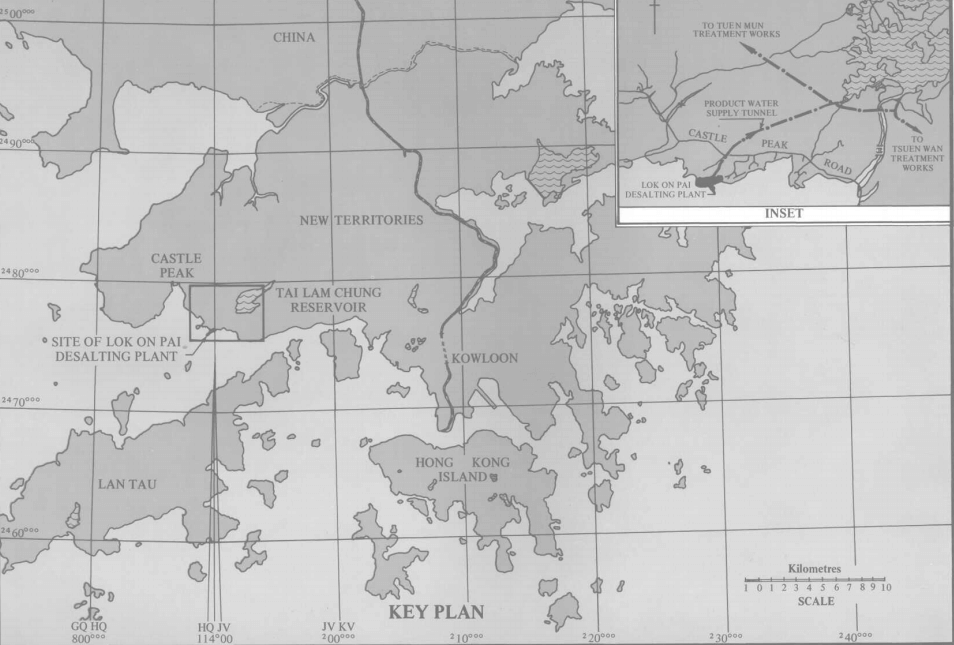 The plant was decommissioned  in 1981.

“In the early 1970s the government decided to install a water desalter in Hong Kong. It spent billions of dollars installing the desalter, but the plant operated for only a few years. After the water supply from China was secured in 1982, the plant was left idle. The operating costs to maintain the desalter were found to be be enormous. It was not until 1991 that the plant was dismantled. With hindsight, one may query the decision to invest in and to maintain the desalter, which did not really do much to help Hong Kong’s water supply problem.” (1)

If the Lok On Pai desalting plant was demolished in 1991 I wonder why it took ten years for this to happen?

This article was first posted on 10th October 2014.