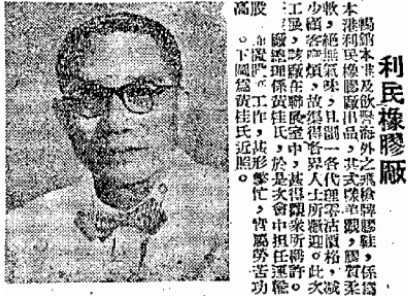 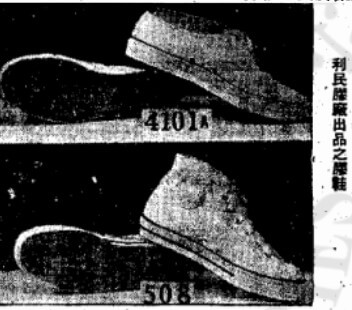 Another major rubber shoe manufacturer in HK in the 1940s through 1960s was Lee Man Rubber Manufactory, whose “Fly Gun” brand of rubber shoes was popular and at its peak had over 1200 workers with three factories in Hong Kong. Its proprietor Wong Kwai (黃桂), affectionately referred to as “Uncle Kwai” in industrial circles, was an active business leader serving as chairman of the HK Rubber and Footwear Manufacturers Association and executive director of CMA.

A native of Panyu in Guangdong province, Wong Kwai was born in the turn of the century and started his career in the piecegoods and knitting business in Canton and built a sizeable business before the Japanese invaded in 1938. He then moved to Shiu Kwan, Lau Chow and Kweilin in Guangxi province before settling in HK where he joined forces with his older brother Wong Chor-man (黃佐文), who had worked as a rubber factory technician in Shanghai from 1920 to 1938 and learned his trade from a technician friend who studied in Japan. After his brother’s contract with another rubber factory expired, Wong Kwai and his brother started Lee Man in September 1941 with HK$20000 in capital and an initial factory at Parkes Street in Kowloon. Within three months the Japanese occupied HK and production was suspended but somehow they managed to stay afloat during the Japanese occupation. (WKYP, 1958-2-22)

In 1944, Lee Man’s plant was relocated at 16 Nullah Lane and moved again to 15 Arran Street in Mongkok in January 1946. By the late 1940s, Lee Man was making 1500 rubber shoes and 800 bicycle tires per day and was also making soccer, basketball and volleyballs, rubber parts for ship machinery and planning to make tricycles. In addition to domestic sales, its products were popular in Guangdong province and were exported to Thailand, Singapore, Dutch East Indies, Taiwan and Japan (its bicycle tires were popular in the last two markets and they were marketed with Chinese and Japanese inscriptions).

By 1955, Lee Man had two plants (newly added one at 50 Tong Mi Road in Tai Kok Tsui) and 16000 sq ft of factory space, 700 workers with daily production of 10,000 pairs of rubber shoes and its products were exported to the far corners of the British Commonwealth, Africa, Holland, Belgium, France and Canada and were also sold domestically in over 60 stores in HK and Kowloon. (KSEN, 1955-1-5) 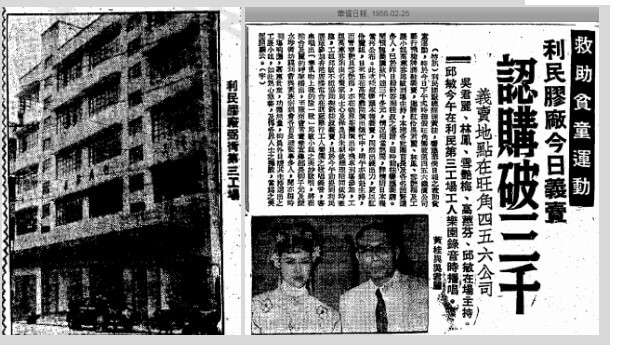 In 1957, the firm after years of product development by Wong’s eldest son launched “Fly Bomb” brand of Japanese style rubber sandals. A third plant at 9-17 Bute Street in Mongkok was also added. (WKYP, 1958-3-1)

In February 1958, Lee Man hosted a charity sale of its products for Wah Kiu Yat Po which was attended by movie stars such Ng Kwan-lai (吳君麗) and Lam Fung (林鳳) and raised over $4000. 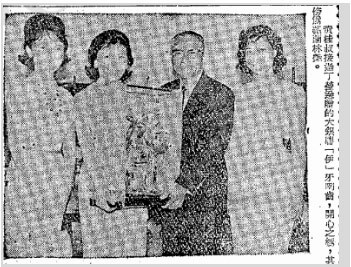 Wong Kwai presenting a gift to movie star Ting Ying. On the right is actress Law Lan who was also visiting the Lee Man plant. (WKYP, 1963-6-8)

By the 1960s, Wong Kwai was assisted at Lee Man by his eldest son Wong Kong-hin (黃江憲) and second son Wong Kong-hung (黃江雄) who were placed in charge of production and sales respectively. 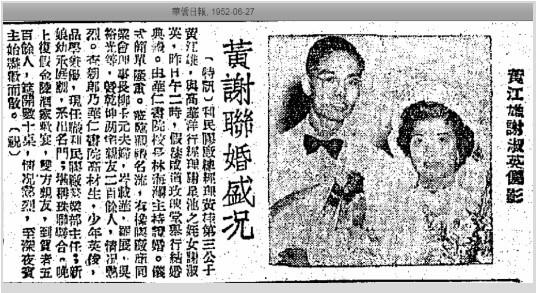 Wong Kwai’s third son Bernard Wong (黃江森) was a prominent figure in the legal circle who graduated from Kowloon Wah Yan College and the University of London. He first worked for the law firm of Po Leung Kuk chairman Lam Man-kit before going into partnership with Chau Kai-bong (Rubber Footwear Association had celebration, TKP, 1965-6-10) and later opened his law firm Bernard Wong & Co at Tak Shing House in Central in 1968. (WKYP, 1968-07-17) Sadly, Bernard died at an early age in May 1973. The headmaster of Wah Yan College delivered an eulogy at his funeral and his pallbearers included his law partner Lam Fai-tak (林輝德), the barrister Martin Lee (李柱銘) and his brother Dr. Michael Lee Lit-kee (李烈基) and the father of the Lee brothers also delivered a speech. (KSDN, 1973-5-9)

Outside of business, Wong Kwai was a director of Po Leung Kuk and the Kowloon Chamber of Commerce and served as chairman of the HK Rubber and Footwear Manufacturers Association and the head of the rubber committee of the CMA. He died sometime in the early 2000s. As a firm, Lee Man Rubber Manufactory was incorporated in 1959 and dissolved in 2008.

This article was first posted on 14th October 2019.