This is an advertisement of Continental Rubber Factory Ltd. published in the Pictorial Record of the 7th Exhibition of Chinese Products, promoting the products of the company and the its exhibition booth in the venue.
This factory was established in 1938, at Winslow Street, Hung Hom and a sale office on Des Voeux Road. The factory produced rubber shoes, sores, bicycle tires, No.18 electric wire of rubber cover, etc. Its products were attached with a trademark of a rubber leaf, exported to British territories in Africa, India and Southeast Asia.
During war time the factory had produced military belts, sports shoes, masks and other rubber parts. During Japanese occupation of Hong Kong, the products were confiscated. (1) 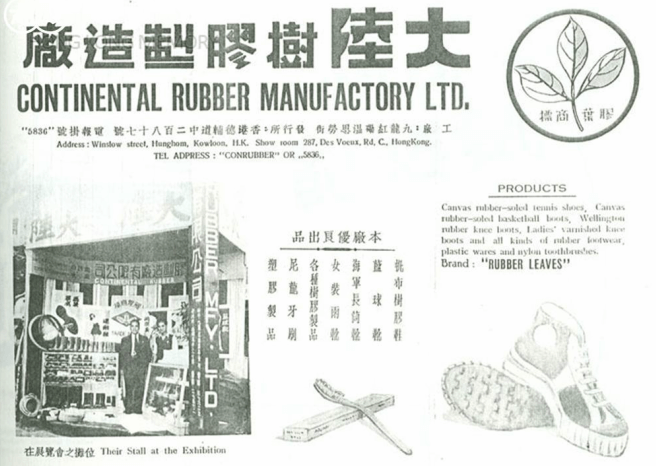 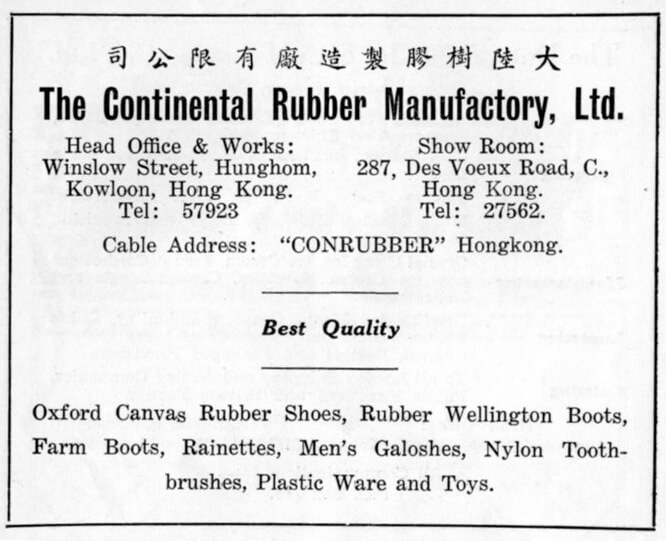