Earlier on the website, we covered several players in the once prosperous rubber shoe industry in HK from the 1930s through the 1960s including Fung Keong and Continental. Another prominent industry figure from the era was Lau Chi-yuen MBE, who was chairman of two leading rubber shoe manufacturers – Wilman Rubber and South Ocean Rubber Works and an active community leader and philanthropist from the 1940s to the 1990s.

A native of Panyu in Guangdong province, Lau Chi yuen was born in 1910, the son of a prominent rice merchant in northern Canton. As his brothers died at a young age, he dropped out of school as a teenager to assist his father and proved to be an astute businessman. When the Japanese occupied Canton in 1938, he moved to HK although he traveled frequently between the two cities by train until 1941. In HK, he started several businesses ranging from rice trading, dyeing mill and paper mill (both under the Hip Hing name), dyestuff distribution, transportation, import/export to Chinese teahouse, although none of them were of substantial size. (KSEN, 1955-1-4) As rice was heavily rationed during the Japanese occupation, Lau had to shut down his rice shop and shared the remaining 5 bags of rice with his 21 employees. He was also in the firewood business which required him to get up at 4am every morning. (WKYP, 1991-1-7)

After the war, Lau decided to focus on the rubber business and acquired Wilman, which was originally established in 1944 during the Japanese occupation, starting with a few dozen workers making rubber sandals and bicycle tires. After Lau took over, he bought large quantity of new machinery from overseas and increased its labor force to over 100. He hired Chan Biu, a Shunde native and technical veteran of the rubber industry in Canton to join as factory manager. By the late 1940s, the firm was selling its Glory brand (光榮牌) of rubber shoes and sandals in HK, Shanghai, Taiwan, Swatow, Canton, Singapore, Dutch East Indies and South Africa and had assets of over HK$100,000.

After In 1951, Lau took over South Ocean Rubber Works (南洋膠廠). Located at 290-300 Cheung Sha Wan Road, South Ocean was founded after the War and had over 300 workers with daily production of 3000 pairs of rubber shoes and 3600 pieces of rubber toys, selling locally and exporting to Southeast Asia, Europe (UK and Holland being biggest markets) and Africa. (WKYP, 1951-11-24) 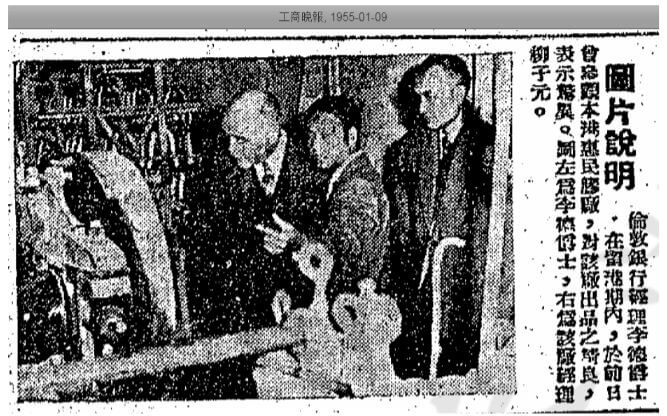 From its inception, Wilman was operating out of 203-211 Nam Cheong Street in Sham Shui Po, a site comprised of five one-story buildings which was owned since 1944 by Kwong Ngan-ping (鄺雁平), the wife of Hui Ngok (許岳) of China Brothers Hats Manufacturing and their son Hui Yin-cheung (許賢昌). Hui was a fellow director of Po Leung Kuk with Lau and at one time discussed selling land on Castle Peak Road to Lau but instead continued to lease the land on Nam Cheong Street to Wilman. In late 1956, the Huis indicated their interest to take back the site to re-develop it into five 6-story residential buildings. (KSDN, 1956-11-28) When the negotiations failed, they went to the High Court and a high-profile lawsuit ensued with the Huis represented by Leo d’Almada and Wilman represented by Patrick S.S. Yu (KSEN, 1957-01-21) In April 1957, the Tenant Tribunal ruled in Wilman’s favor (KSDN, 1957-04-11) and Lau celebrated the verdict with CMA leaders in a Chinese restaurant. (WKYP, 1957-04-23)

The land dispute did prompt Lau to seek alternative locations and in 1958, he opened South Ocean’s new plant in Castle Peak in Tuen Mun. At its peak, the Tuen Mun plant had over 900 workers and the Wilman/South Ocean entities employed over 2300 workers. Eventually Wilman did relocate and the Nam Cheong Street site was re-developed into Cheong Wah Building (昌華新樓). 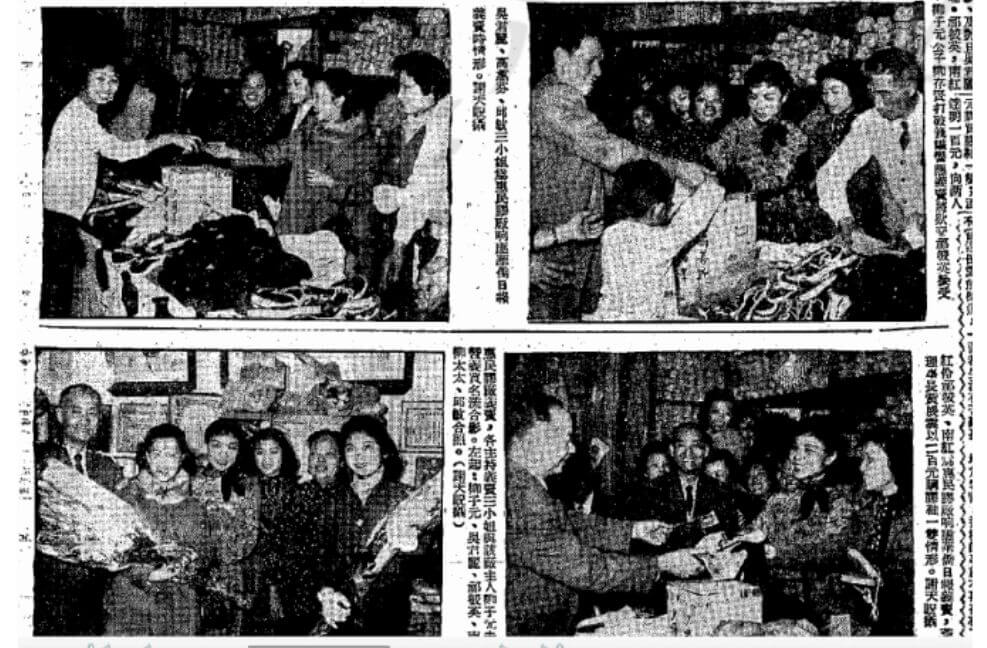 In the late 1950s, Wilman began to market its products more aggressively in the local market. In 1958, it conducted a star-studded charity sale as shown in the pictures above. In 1959, Wilman launched a new line of rubber sandals designed by its own team and being marketed in local stores (WKYP, 1959-9-6)

The 1960s was a difficult decade for rubber shoe manufacturers as raw material costs soared and the industry was hit by waves of labor unrests. In May 1971, Wilman/South Ocean ceased production of rubber shoes and shifted its focus to production of waterproof rubber bandages. In the 1990s, South Ocean opened a plant in Shenzhen to manufacture rubber raincoats and rubber gloves with registered capital of RMB 9.8 million.

As a firm, Wilman did not appear to have ever been incorporated while South Ocean Rubber Works was incorporated in 1983 and dissolved in 2002.

Outside of business, Lau Chi-yuen was extremely active in community affairs for over six decades. He had served on the board of virtually all the major Chinese charitable organizations in HK – the Tung Wah Group of Hospitals in 1952-53 and Po Leung Kuk in 1956-57.  He helped co-found the Yan Chai Hospital in Tsuen Wan and Yan Oi Tong in Tuen Mun and was chairman of Lok Sin Tong in Kowloon City for four terms. He had served as vice chairman of the Sham Shui Po Kaifong Welfare Association, was involved in relief efforts after the Shek Kip Mei fire and the Sham Shui Po Kaifong Welfare Association Lau Chi Yuen Youth Centre named in his honor was opened in 1994. He was also involved in St John’s Ambulance Brigade and Chinese religious organizations. He was chairman of the New Territories Manufacturers Association (新界廠商會) and permanent honorary chairman of the HK Rubber & Footwear Manufacturers Association (he was since its founding in 1948, known as HK Footwear Association since 2005) was involved with the Chinese Manufacturers Association for decades, for which he was placed in charge of the annual HK Products Expo for over a dozen years. For his community service, he was awarded the Medal of Honor in 1975 and MBE in 1983.

Lau remained very active well into his eighties. In 1988, Lau Chi-yuen donated 60 paintings from his private collection including Ching dynasty masterpieces for a charity auction for the benefits of Po Leung Kuk. (TKP, 1988-3-2) In November 1990, he celebrated his 80th birthday with a donation of HK$50000 to Community Chest and fired the noon gun in Causeway Bay. (WKYP, 1990-12-2)

Lau Chi-yuen built his own mansion “Lau Villa” (柳園) in Tuen Mun in 1956 and it was even leased out to local film companies for shooting. In 1962, he and two others – Chan Chung-hang (陳中行) and Tsoi Shun-on (蔡順安) formed the Castle Peak Sports Association (青山體育會) which became the Tuen Mun Sports Association and he and a group of businessmen also donated a bridge in the area.  Starting with their eldest daughter in 1939, Lau and his wife had 11 children and his eldest son Lau Chuen-chi (柳存智, 1941-) and second son Lau Chuen-shun (柳存信) studied in Australia. Chuen-chi went to La Salle College in HK and University of Canberra in Australia and returned to HK to join the family business after graduation. (WKYP, 1959-2-18) Chuen-chi managed South Ocean for a while but eventually like his siblings lost interest in the family business.

The exact date of death for Lau Chi-yuen is to be confirmed but his name as permanent honorary chairman for the HK Footwear Association was dropped in 1996-1998 which is potentially the period when he died.

This article was first posted on 1st October 2019.