IDJ has kindly sent this account of riding on the footplate of a 2-8-0 express passenger locomotive of the KCR from Kowloon station to Lo Wu, on the border with China, and back again. The article, written by Nicolas B Watson, was published in Meccano Magazine in 1955.

We begin with a brief details of the suspension in 1949 of the line to Canton from the border, damage to the KCR during WW2 and the locomotives in use in 1955. The remainder of the piece describes Mr Watson’s return trip to Lo Wu including the experience of going through the mile-long Beacon Hill tunnel, “two deafening minutes”; and Lo Wu station… 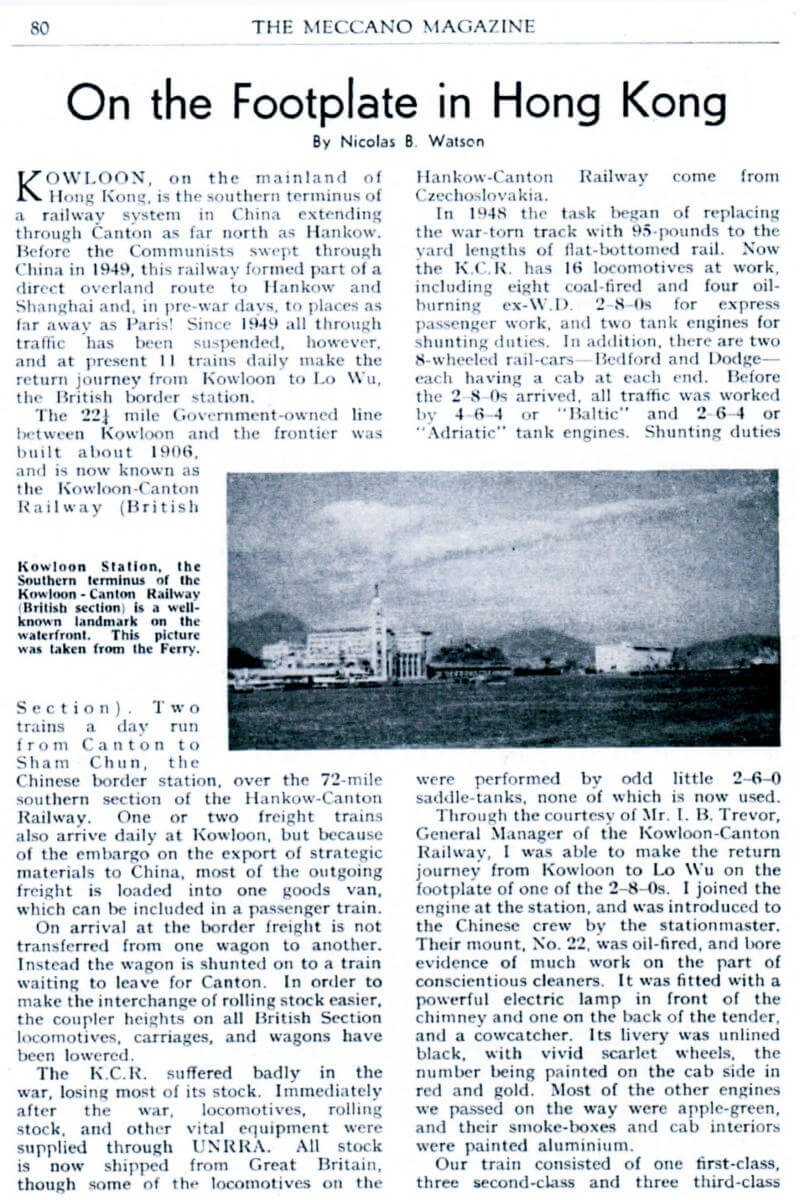 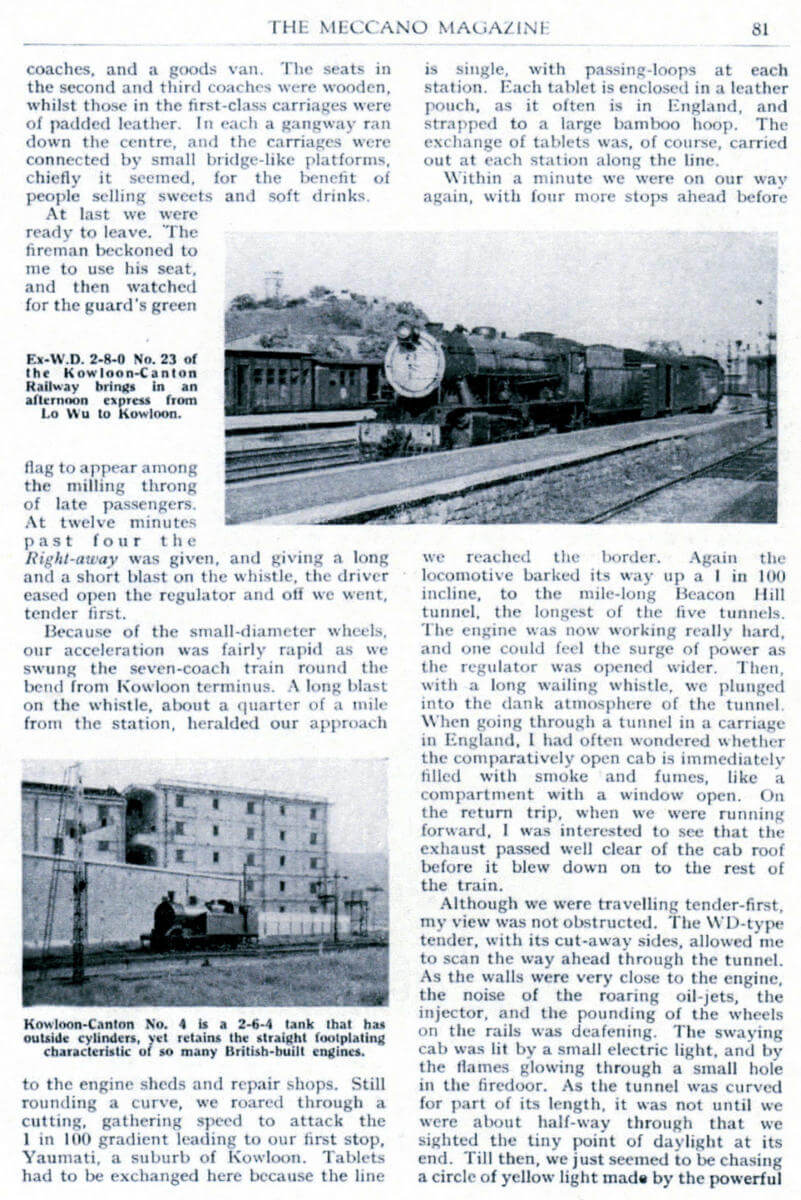 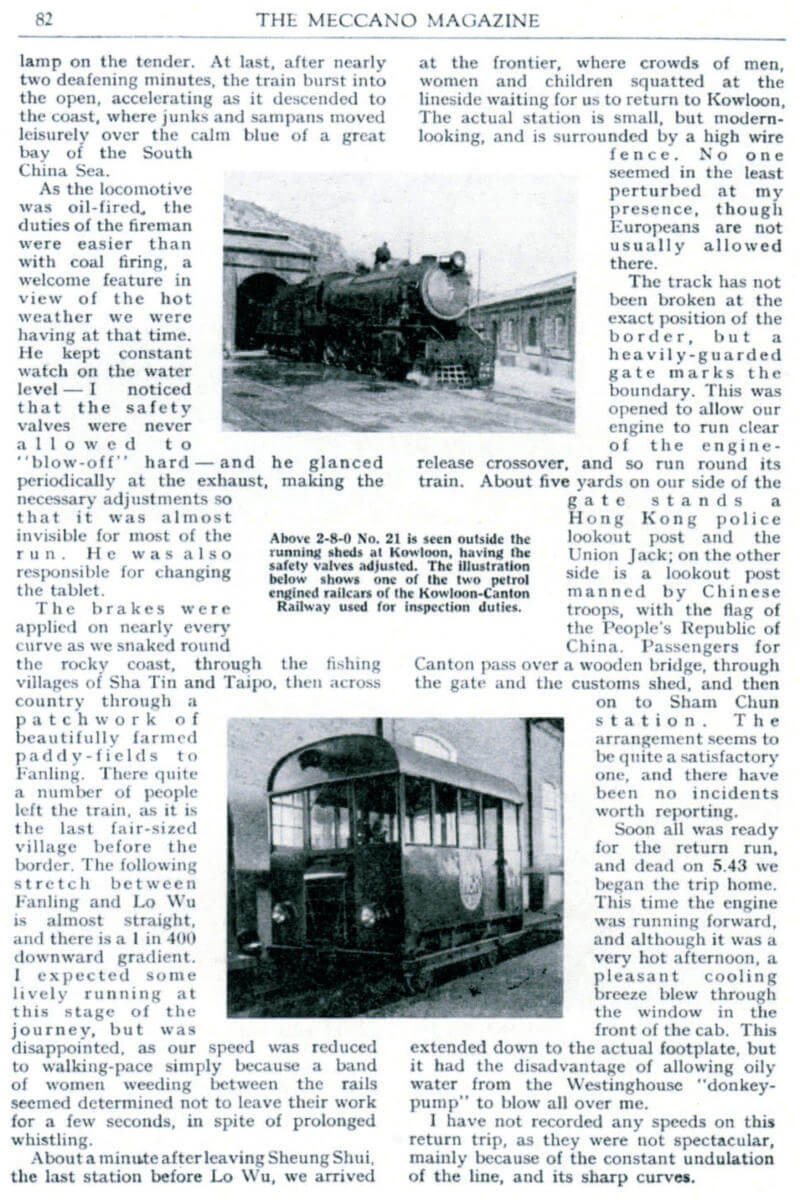 This article was first posted on 1st April 2016.