Tymon Mellor: Construction of the Kowloon Canton Railway included the excavation of the Beacon Hill tunnel through the Kowloon hills. At the time, the tunnel at 7,212ft or 2,198m was the longest tunnel in China and the fifth longest tunnel outside Europe. The southern and northern portals were remote from existing villages and sickness among the workers was common. To improve conditions additional land was acquired and the area drained to prevent the formation of stagnant water and accommodation was provided for the Europeans workers high on an adjacent hill. To minimise travelling time a 2,800ft or 853m ropeway was installed linking the accommodation with the tunnelling works.

Construction of Beacon Hill tunnel commenced in the summer of 1906 with the clearing of the sites, erection of accommodation and sinking of shafts. A major typhoon hit on the 18th September, 1906 causing damage and sinking a number of boats within the Hong Kong waters. At the tunnel portals, the typhoon destroyed the new accommodation and flooded one of the three shafts under construction, the shaft was later abandoned.

The image of the northern tunnel portal shown below would be from early 1907, with the tunnel excavation commencing in January, 1907. Preparation can be seen for the “Electric Lighting Dynamos” to be installed in the flat area to the right of the tunnel. 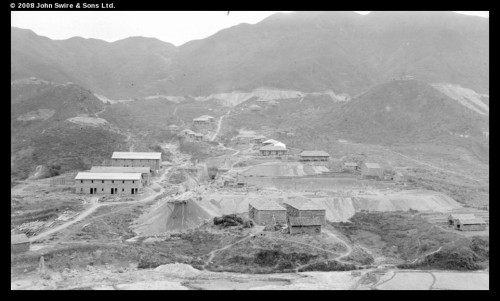 Initially, the skilled tunnel workers were locally sourced, or as reported in September, 1906, “Up to date I have had to trust to men picked up in the Colony, in fact, to beachcombers. I need not dilate on the character of such men. They came, got sick, or took to drink, and went away again”. In September, 1906 an Italian contractor was appointed to undertake the complex timber and tunnelling work needed to construct the tunnel safely. The contractor, Adolfo Ghella had been working in Yunnan on a railway being constructed by the French. The Italian miners stayed and completed the tunnel and the work is still on the Contractors website!

Working conditions on site remained poor with high rates of malaria, dysentery and beri beri. During the hot summer of 1907, over 10% of the workers, “coolies” were being treated for malaria with an even greater toll on the European miners and engineers. 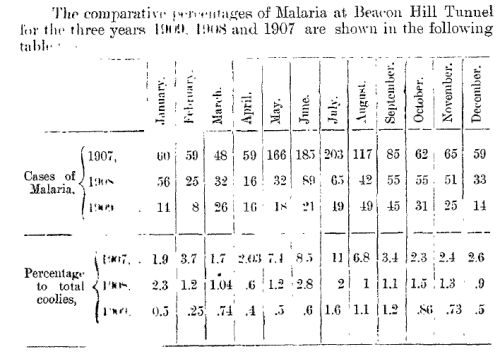 A review by a commission of local doctors, advised that all Europeans working on the north tunnel portal should live on the top of the hills on the other side of the valley, at a height of 430ft or 131m.  Timber bungalows with tiled or bitumen were provided, at a cost of 8 to 10 cents per cubic foot for the Europeans and coolie lines or mat sheds at a cost of 4 cents a cubic foot for the workers.

Below is a photograph of the northern site, late in 1907 following the installation of the power house and the construction of the Shing Mun bridge in the foreground. 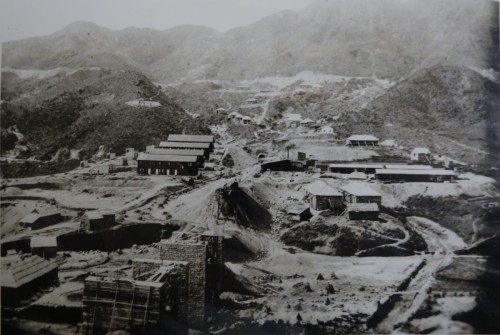 Access to the new accommodation on the hillside was initially by footpath, but the climb took time, thus a ropeway was erected between the accommodation and the tunnel portal area, a distance of 2800ft, 853m and a decent of 280ft or 85m. The ropeway had covered seats for the passengers to sit on, as shown below and cost $270 per month to operate. 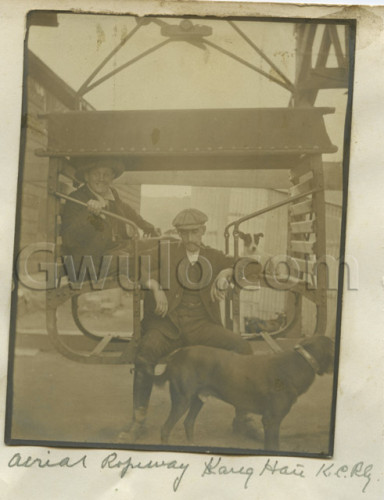 The location of the ropeway has been the subject of much discussion,  see http://gwulo.com/atom/19445 . A photo of the ropeway crossing a rural valley, see below, suggests that the alignment passes over areas not impacted by the tunnel construction works.

However, a search indicates that a similar photo (http://www.photofromthe1st.com/gallery) is labelled as Cn85 – Temple Hoshan, in Suzhou. On closer inspection, the buildings and in particular the structure on the hillside, do not match any known villages in the area and the hanging gondoliers look more like skips than covered seats. Thus, the picture may be misleading. 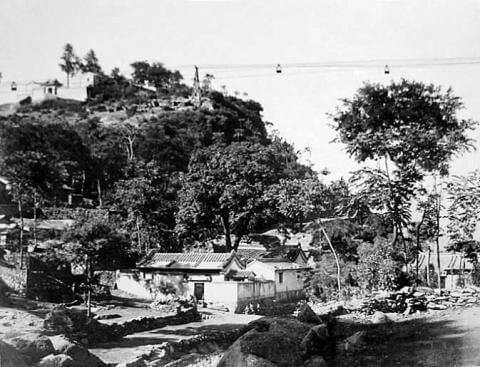 Based on the information available, three sites would meet the criteria established above and are shown on the 1908 map below. 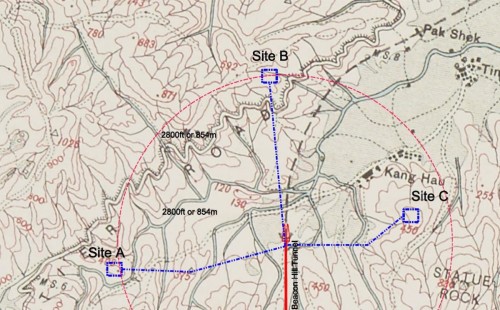 Site A is now above the portal of the Eagle’s Nest road tunnel, close to the residential development at 8923 Tai Po Road. This has the advantage of being next to Tai Po Road, constructed just before the railway works, but would not fit the description of being on the other side of the valley.

Site C is located above the village of Kang Hau, the name on the foot of the ropeway photograph. However the site is closer than the known ropeway length and there is little other evidence to support this location.

Site B is what is now Sha Tin Heights above the Tai Po Road, where the current Ascot Villa is located. A visit to the Public Records office, produced the 1907 photograph below, showing the construction of the Shing Mun bridge and the temporary buildings in the background. 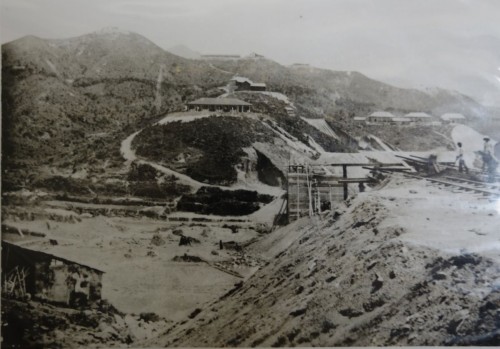 A road can be seen sweeping up the adjacent hills side, what is now Keng Hau Road to join the Tai Po Road, the darker band of trees crossing the hillside. In the distance can be seen a path crossing the hillside to the accommodation units on the sky line, at a level of 130m or 430ft. These will be the European accommodation and the terminus for the Beacon Hill ropeway. 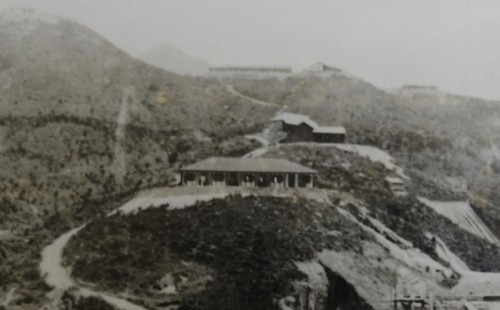 This article was first posted on 8th September 2015.