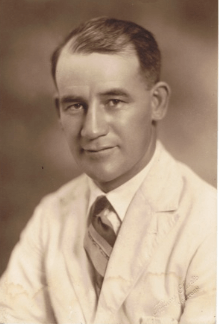 He was born New Zealand in 1900 and died there in 1984. However he worked for two Hong Kong companies, Kung Lee Steam Ship and HK and Yaumati Ferry which is of great interest to us.

Judy also sent a transcript written by her father in which he described his Second World War years in Hong Kong. He was asked to give an interview on Radio HK about his recollection of that period and these are his notes typed up by his wife.

HF: I have linked the full version of Harry Long’s War Years below. In this article I have extracted those parts of the transcript in which he mentions aspects of Hong Kong which can loosely be described as of an industrial nature ie ship/dockyards, industrial companies, individual ships and ferries and utilities.

There are occasional gramatical errors which I have not corrected.

It begins: page 1 Towards the end of 1941 was a very busy period for me with Ship surveys etc. and the “Man Yeung” taken and fitted as a mine-layer. I managed to do one day and one evening a week Military training with HKVDC.
In December we were in a state of emergencies, Military uniforms etc. were always ready and all important papers etc. at  Military information were burnt. We were mobilized for a practice; at this time there was a large Jap Military force on the Chinese side of the Boarder. Our role was to assist in doing a rearguard action from the Frontier, our armoured car Section divided in two. One half to do Castle Peak side and the other half to do the Taipo side.

p1 On the 6th I had the job of getting the Canadian troops away from S.S. Po Barracks, Bamboo Pier and S.S. Po Ferry Pier, little did I realize then that they were actually going to their sectors to prepare for action in a few days time and some were to loose their lives; they were so happy and gay, some had hardly got over the joys at the night before. The officers only knew their positions by map, and they did not know how to get there so I directed my Coxswains to the nearest landing wharf etc.

p1 On December 9th the balloon went up and I left home crossed to the Harbor Office, reported to the Harbor Master there given the Deputy Harbor Office and the telephone. My job was be Liason Officer to the Director of Water Transport who was the Harbor Master, I had to transmit messages to the Ferry Coy [?], such as sending a launch to a particluar place to move troops as directed from GHQ through the Director of Water Transport. On duty day and night slept under a table and later a canvas stretcher. Air raids we went down to the ground floor. On the Wednesday managed to cross to Kowloon to my flat, looters were on the job. Police control was weakening, I crossed back to the Harbor Office heard that our troops are slowly retiring.
On Thursday Morning Japs and Fifth Columnist were busy. All toops were evacuated from the Main Land. Ferries stopped in before noon. Star Ferry fired on from Holts Wharf direction; then ferries stopped. There were some launches at the H.K.W & G. Co. Wharf, I and Mr Dickson had the job of taking my launch “May Keung” over to tow these launches away, I managed the Tug Kowloon first trip, the second trip I got the Cerlew, this launch had a… 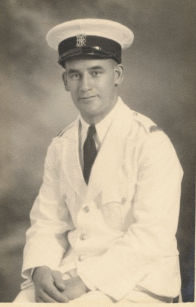 p2 …painted Jap flag flying on her. I took that down and handed it to Inspector Whant, when I arrived in H.K. side. On my way over I stopped and picked up an RAF speed launch which was drifting disabled, on board were 6 fireman belonging to the Fire Brigade.
Communication was broken off from the Main Land, there was a lull and one of our launch which was captured in Kowloon Bay “Man On” was used to carry a party of Japs etc. with the White Flag asking the Governor to surrender.
At night we listened to BBC our forces were still holding out on the Main land. Our office by now moved to the Stock Exchange, Ice House Street.
About the 12th nearly went with the men who went to Green Island to bring back explosives on the Launch Jeanette towing a lighter; there was a terrfic explosion at 11pm and they all lost their live.
All windows in Central water front were shattered. It happened in the Centre Fairway opposite the Vehicular Ferry Wharf. I was called to do another job, tow a barge of shells from Naval Yard to Lai Moon but as I got along the street I was called back as information came that the Naval Yard would be shelled in half an hour and for me not to go. At this time it was not safe in the streets after dark as there are bullets flying and people using rifles. Once some troops found some drinks on one of the wharfs they got drunk and began shooting at dogs etc and the Redcaps had to be called out.

p2 About the 14th I had orders to scuttle my four Vehicular ferries which were moored at Central Vehicular wharf. It was delayed a day in hopes that HQ may change their minds. We all thought that HK would be retaken by our forces in a weeks time and that boats would be saved from being sunk and useful for us again. That late afternoon I went round the harbor with Inspector Oliver of the Police giving instructions to go ahead and sink our Vehicular boats, so on getting orders to scuttle my heart felt sad as I had the job of watching over the building and the running of them and now to have to scuttle them was a hard blow. Mr Swan would not let me go alone he knew how I felt and he came with me. We were told to do it quietly and not give any indication for fear we would be observed from the Main Land. We opened the water strainer covers then opened the sea-valves.
Next morning they were all down the “Man Kim” and the berth was partly submerged, the “Man Gok” and “Kung” was off No.5 berth and they sank on the east side, nothing was taken off at all. Now the “Man Yeung” was on the North Arm of the Naval Camber managed to survive shell fire although she had a few hits. Our 8 double enders were scuttled inside the Naval Camber by the RN after they had done the evacuation of troops from Kowloon. I reported to the Harbor Master and was told that I had finished and that I could join up with my unit of the HKVDC and carry on.

p6 At 10.30am [unspecified date April 1943] we were all 32 of us packed on a lorry and left the hospital it all seemed very queer leaving and seeing the old familiar landmarks etc. along Kennedy Rd down Garden Rd passing HKVD HQ we turned at Queen’s Rd then Devoeux Rd passed the post office down to Blake Pier then we realised that we were heading for Shamshuipo Camp. A Launch with a barge with sick from the two camps came along side, quite a number we knew but were not allowed to talk. We picked up our bags etc tied up on the Water front from the Cosmopolitan Docks to the Shamshui Ferry Wharf all in a dilapidated state. On the barge were orderlies from the camp they all had their felt hats which were part of the Red Cross issue. They knew over a month ago we would be coming over there/ We got ashore and had our belongings searched by the later well known Slap Happy and other sentries then some Fatigue men (our own pals)

p8 Now the serious side of life here with the able bodied men was hard, early in the morning they were marched out to work and back in the evenings. Some to Kai Tak, Standard Vacumn Co and then there was a camp garden etc. Less able men were on fatigue duty round the camp. I felt that I must do something so I first started to cut the small lawn in front of the HKVDC office with a pair of scissors.

p9 Later in 1944 the electric power stopped so we had no lights and then we had to try open fires and with the shortage of wood combined with the orders from the Camp Office (Boone’s office) no naked fires allowed; but there were always ways and means to over come rules.