HF: G Falconer appear to have had a presence in Hong Kong since 1885, according to the company website, and currently have a shop in the Peninsula Hotel. This article provides initial information about the Falconer and two of the British companies it was the Hong Kong agent for. 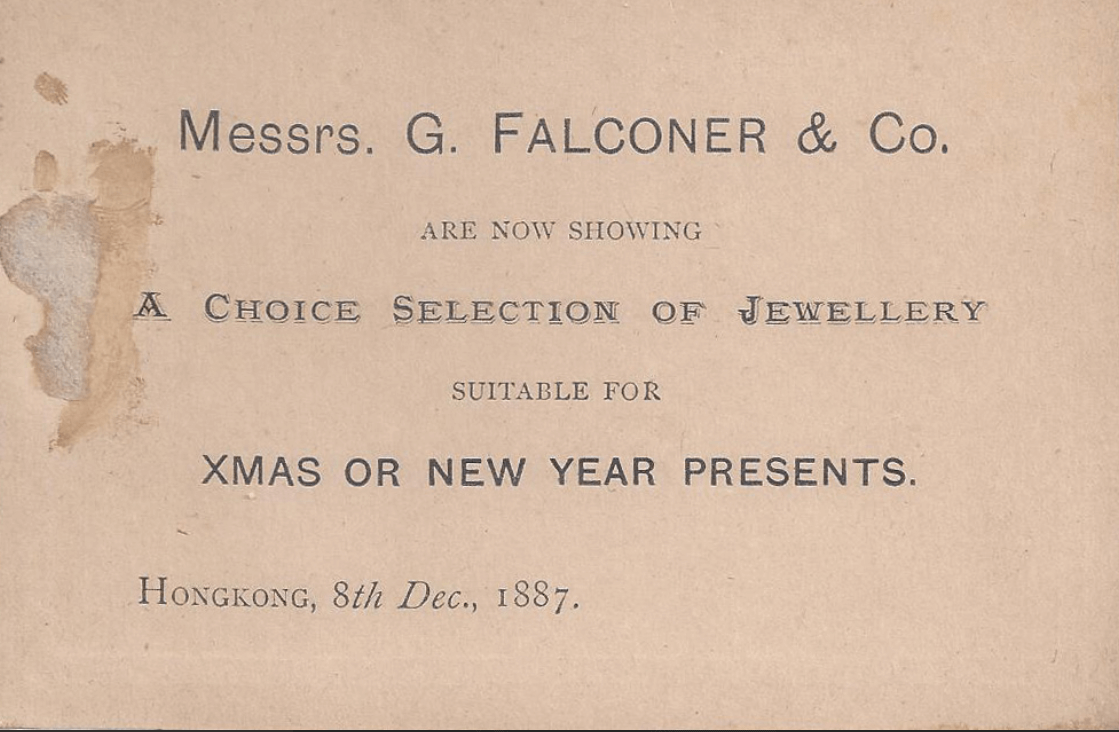 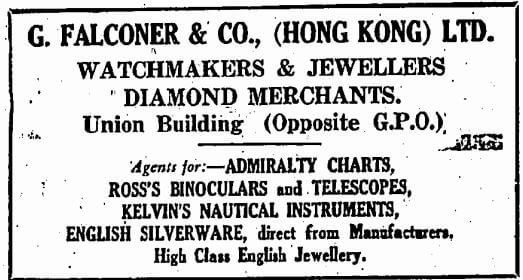 As the above says: G Falconer & Company (Hong Kong Limited, Watchmakers, Jewellers and Diamond Merchants, based in 1928 in the Union Building, opposite the General Post Office, were agents for: Admiralty Charts, Ross’s Binoculars and Telescopes, Kelvin’s Nautical Instruments and sold English Silverware and High Class English Jewellery. 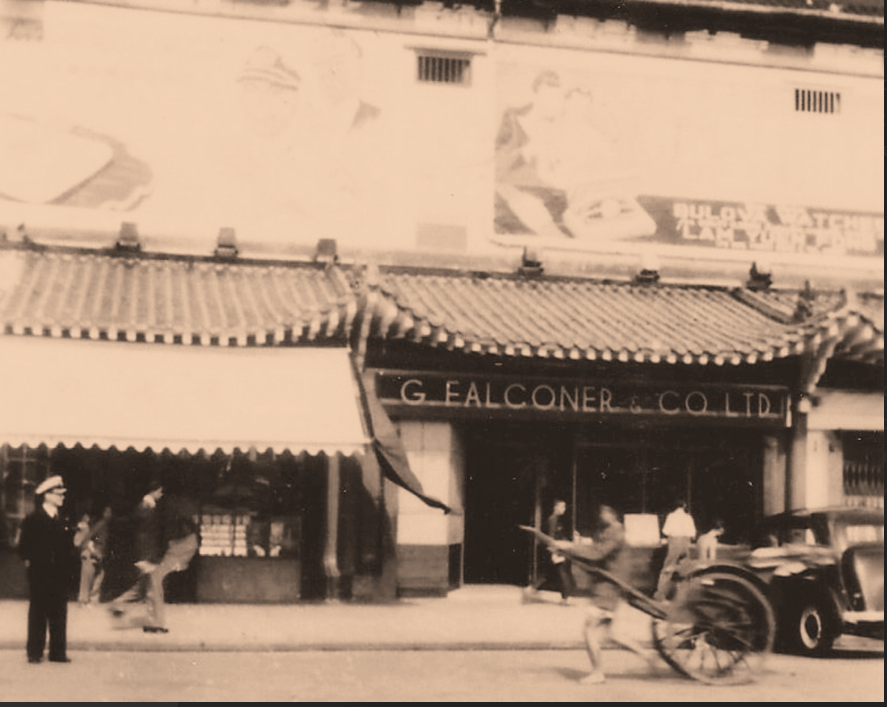 Ross was founded in 1830 by Andrew Ross in Wigmore Street, London and was based in Clapham, London. For further information about the company see the link below. 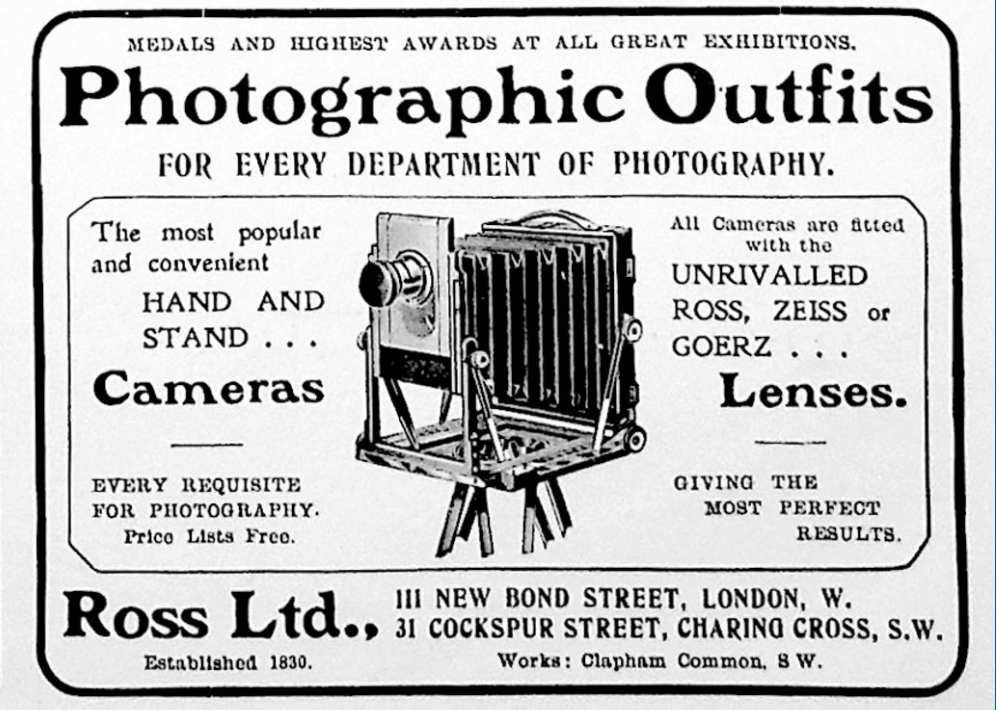 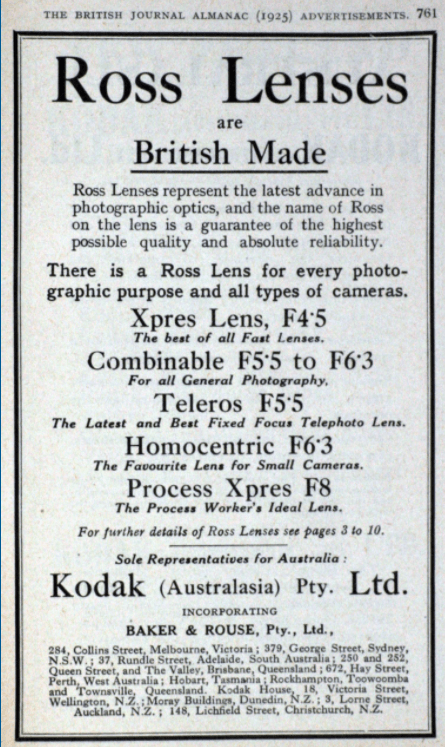 Kelvin Hughes, which I am presuming is a later version of the Kelvin’s Nautical Instruments mentioned in the Falconer advert above, has a proud and enviable history dating back over 250 years tracing its roots back to Thomas Hughes a Master of the Clock-makers Company and William Thomson who became Lord Kelvin a prolific inventor and one of the world’s greatest scientists.(1)

Kelvin Hughes Ltd was formed in 1947 by the merger between the scientific instrument manufacturing firms of Henry Hughes & Son Ltd, London, England, and Kelvin Bottomley & Baird Ltd, Glasgow, Scotland with Marine Instruments Ltd acting as regional agents in the UK. Kelvin & Hughes Ltd were essentially a part of Smith’s Industries Ltd founded in 1944 as the successors of S Smith & Son Ltd.(2) 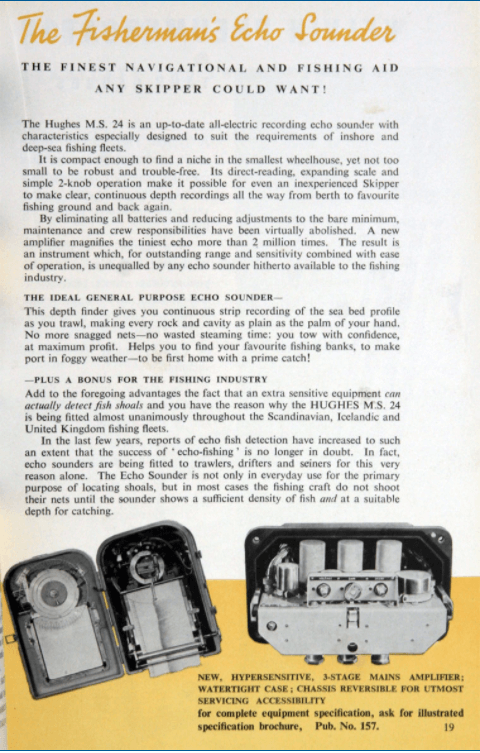