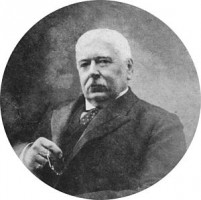 Initially there were 80 cattle which had been imported from Scotland and total capital of HKD30,000.

The Company’s website says the “founding objectives were threefold: to improve the health of Hong Kong people by supplying clean and uncontaminated cows’ milk; to half the price of milk by breeding a herd of imported dairy cattle locally; and to realize a profit for its shareholders.

The original farm was established at Pokfulam and staffed by British livestock experts. Initially the Dairy Farm pioneers had to contend with disease in the herd and other problems caused by the unfamiliar climate. Undeterred by these challenges, they persevered and soon achieved a thriving enterprise. 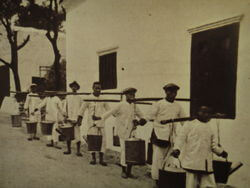 Source: Exhibition at the Wellcome Theatre (the octagonal cowsheds)

The Company established its depot, later to become Hong Kong’s most well known ice house, at the corner of Lower Albert Road and Wyndham Street. This move was a result of its continuing success – greatly increased production and demand necessitated curtailing the four-mile transport of milk by handcart from the farm to custom”ers in the Central District. The old depot building is today a Hong Kong landmark and is presently home to the Foreign Correspondents’ Club.” 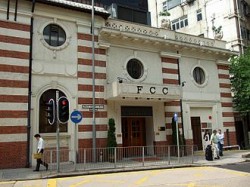