Nahaha Lau (NL): Castle Peak Ceramic Company (CPCC) was founded in 1927 by Mr. Lee Tak Luen, Mr. Choi Yin Bo and Mr. Tong Chin Wan. The factory was established near Shek Pai Tau and Tuen Mun San Hui. It was one of the biggest factories in the New Territories back then, and many Tuen Mun residents worked there to support their families.

I have looked through the Tuen Mun Old Photos Facebook page and found images regarding CPCC. I contacted this page and we have been given permission to post these images by Mr Siu Chi Wah and Ms Nora Yeung, the original owners of the photos. 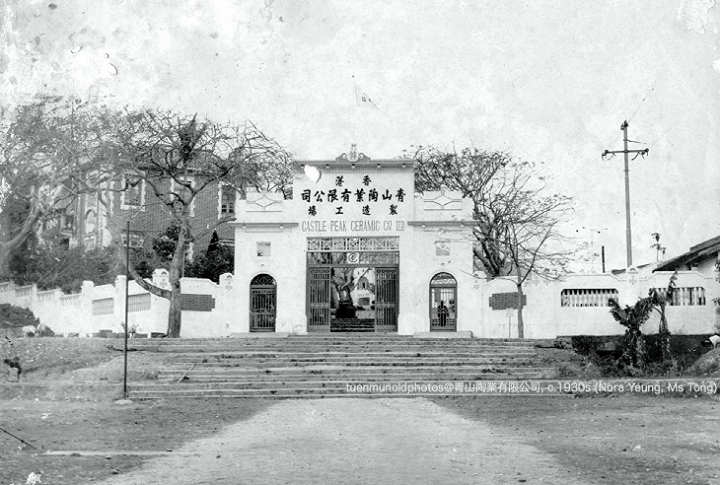 This photo, believed to have been taken in the 1940s, shows the entrance of the Castle Peak Ceramic Company. 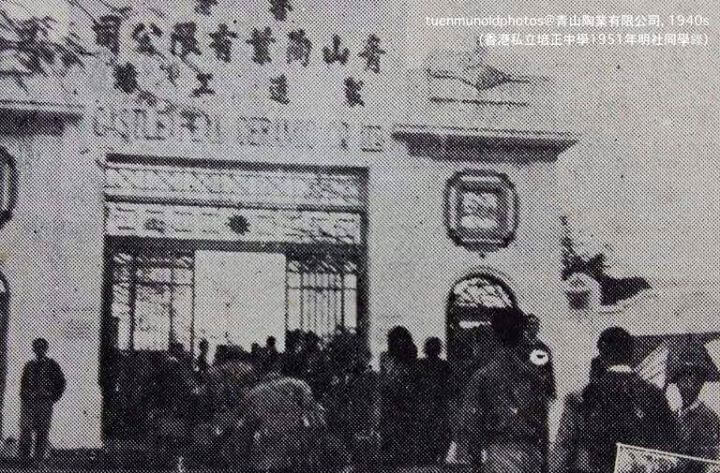 It is  said that in the factory, there were two big downdraft kilns easy two-storeys tall. And there were rails connecting the factory buildings to jetties at the mouth of Tuen Mun River to ship the products. 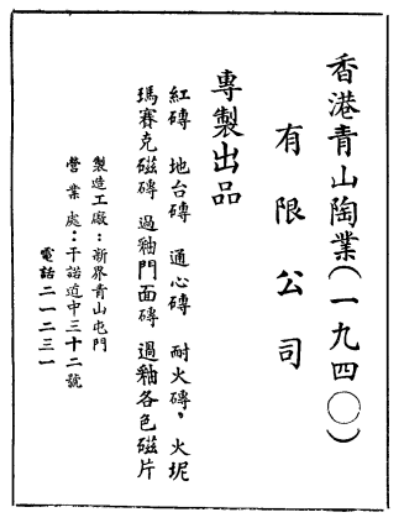 CPCC had a sales office in 32 Connaught Road Central, which can be seen in the following picture (signboard in the top-left corner, and on the left column of the building). 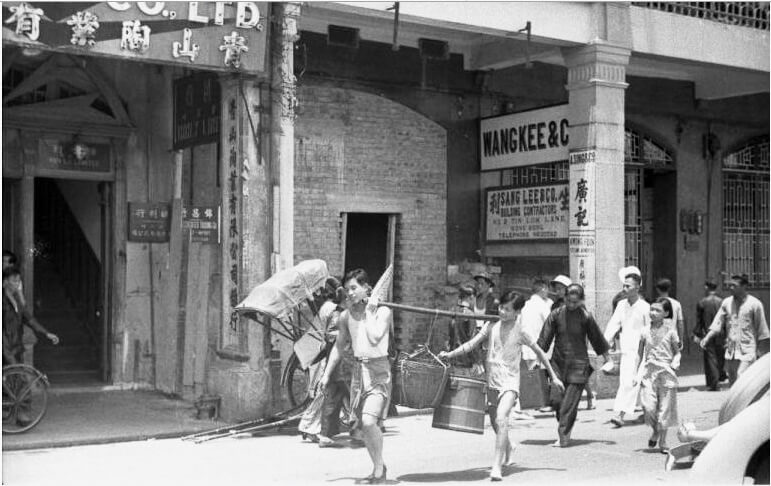 CPCC eventually closed down in 1950s due to reduced demand and intense competition. The factory was sold and turned into Tai Hing Cotton Mill, another famous factory in Tuen Mun.