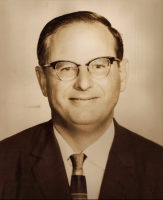 “In 1947 Bernacchi bought 200 acres of land at a former nunnery in Ngong Ping, Lantau Island, and built a tea plantation on 70 acres of it, producing a tea that he sold under the name Lotus Brand.” (1) He had apparently been inspired by the tea estates he visited in Burma during the Second World War.

In the 1940s, he was assigned as the British Queen’s Counselor to HK. In order to create job opportunities for prisoners who were set free, Brook Bernacchi came up with the idea to open [the] Tea Garden, and let them make their own living. (2)

He became, apparently the first Westerner to live on Lantau moving there in 1948. 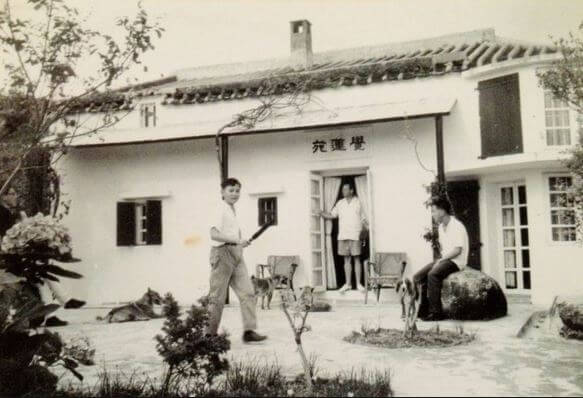 Undated photo of Bernacchi at the entrance to his Lantau house

In 1973, he became a chairman of the New Lantao Bus Company.