HF:  “Since colonisation began, Australia has bred animals for export. In the 1820s, horses were sent to India for military and civilian use, while Western Australia started exporting live sheep in 1845. Australia’s first shipment of cattle arrived in Hong Kong in the 1880s. In 1903, sheep were sent to Africa, the Pacific islands and Asia.”  The Age, Australia 8th May 2013

The Perth Gazette and Western Australian Journal, 18th Oct 1845, contains the following notices. Including an invitation  offering the “right of pasturage (free of rent) to any fit person who may be desirous of introducing sheep or cattle into the Island…”  in 1845.

Was there really a 35 year gap between the offer and Australian cattle arriving. And were the latter to be slaughtered on arrival or to be used as livestock on HK island? 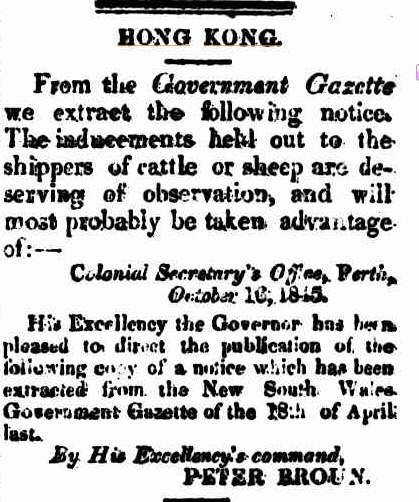 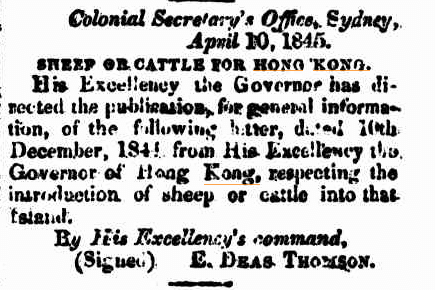 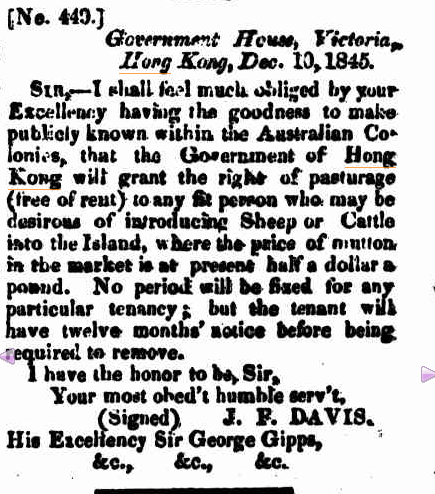 And by 1908 cattle were in Kowloon in large numbers. 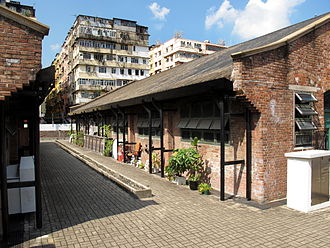