HF: The Tai Tam Reservoirs (大潭水塘), is a group of reservoirs located in Tai Tam Country Park in the south-eastern part of Hong Kong Island.

The group consist of:

The upper and byewash reservoirs are jointly known as Tai Tam Reservoir (大潭水塘).

The planning of the reservoirs, known as the Tai Tam Scheme, was started early in 1872 but postponed in 1874 because of an economic depression in Hong Kong.

The scheme was continued later in 1882, with the construction of the first reservoir starting in 1883 which was completed in 1889. This was the second reservoir in Hong Kong, the first being Pok Fu Lam which had been completed in 1863.

Nicholas Kitto has very kindly sent the four photos shown here. Taken by Nicholas they are a small part of his superb collection of photographs which focus particularly on historical buildings in China and Hong Kong. For more information please see the link below.

The dam was built in English style architecture with granite stone and concrete. The staircase appearance of the dam is unique in Hong Kong and is different from the slope type construction of the dams in other reservoirs. The Reservoir Dam was 90 feet high and 400 feet wide with the thickness of the dam’s base being 60 feet.

Its water storage capacity was 312 million gallons.The whole project also comprised a 2,428-yard tunnel driven through Wong Nai Chung Gap Valley and a 5,500-yard brick and stone aqueduct to connect the reservoir with a storage tank and filter beds at Albany Road which today bisects the Hong Kong Zoological and Botanical Gardens above Central.

It was not the construction of the dam but the underground tunnel connecting the reservoir to Tai Hang which proved to be difficult. This required the excavation of granite, a very difficult task at that time. The government carried out this and other construction tasks with physical labour, assisted only by elementary machinery.

To speed up the work, the government bought new machines from England in 1884. The Tai Tam inlet portal shows the European classical style of architecture. Although the tunnel is still in use today, its portal has been enclosed by stonework construction.

The dam, two stone bridges, the inlet portal and the valve house are classified as Grade I historic buildings. 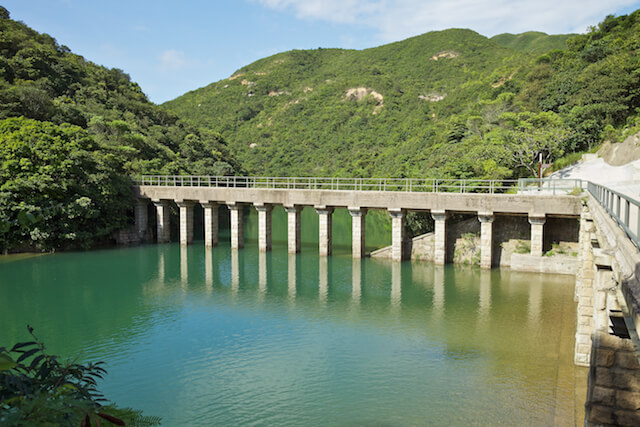 Tai Tam Byewash Reservoir was completed in 1904 with a total water storage capacity of 22.4 million gallons. 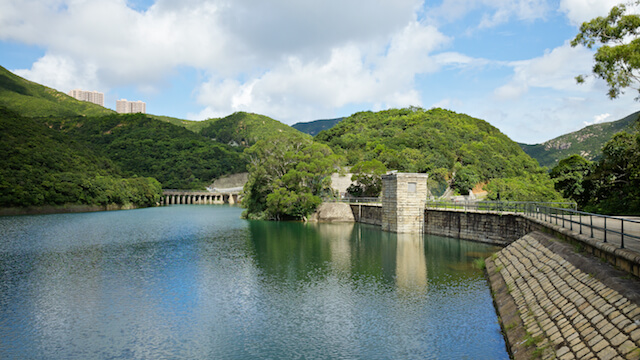 The construction of the Tai Tam Intermediate Reservoir started in 1904 and was completed in 1908. The reservoir has a total water storage capacity of 19.6 million gallons.

Tai Tam Intermediate Reservoir is still in operation and the dam is constructed in slope style. The dam and the valve house are classified as Grade II historic buildings. 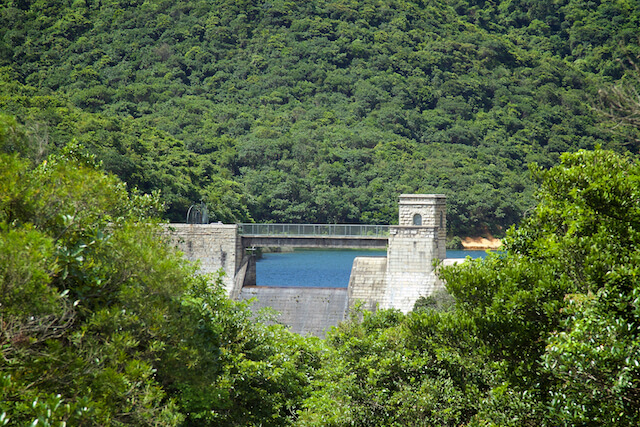 Tai Tam Water Supply System possessed a potential for further development because of its geographical location and conditions.The Tai Tam Extension Project involved the construction of the Tai Tam Tuk Reservoir in phase two of the Tai Tam Reservoirs.

The construction of Tai Tam Tuk Reservoir was commenced in 1912 and completed in 1918. On completition the total capacity of the reservoirs in Tai Tam had risen to 1.42 billion gallons.

The Governor, Henry May, officiated at the opening ceremony of the Tai Tai Tuk Reservoir on 2 February 1918. The plaque that marked this event is classified as Grade I historic built heritage and can still be found by the roadside near the Tai Tam Tuk Reservoir Dam.

There are four traditional English style stone bridges at Tai Tam Tuk Reservoir. The four stone bridges, the dam, the valve house and the plaque are classified as Grade I historic buildings. 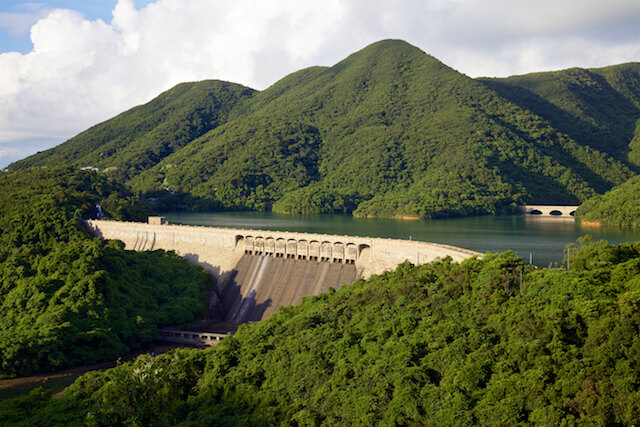 The Dam Wall And Valve House (1917) And One Of Four Masonry Bridges (1907) On The Tai Tam Tuk Reservoir. Courtesy: Nicholas Kitto

This article was first posted on 25th August 2016.

Our index has several articles about Hong Kong reservoirs.