Shing Mun Dam and Reservoir – article from the late 1930s

IDJ has supplied the following article from a volume of “Wonders of World Engineering” edited by Clarence Winchester published in a 1938 or 39 edition.

This goes into considerable detail about water supply problems in Hong Kong at that time especially on Hong Kong island, the resultant surveys undertaken to find a suitable location for a large reservoir. The selection of the Shing Mun valley  and the construction of the dam and details about how water was supplied to HK island.

The concept of constructing the Shing Mun Water Supply Scheme was formulated in 1923. It was finally completed in 1939 when the laying of the third cross-harbour pipeline from the Kowloon Peninsula to Hong Kong Island was finished. It took 16 years to complete and is the first reservoir supplying water from the Kowloon Peninsula to the Hong Kong Island. [1] 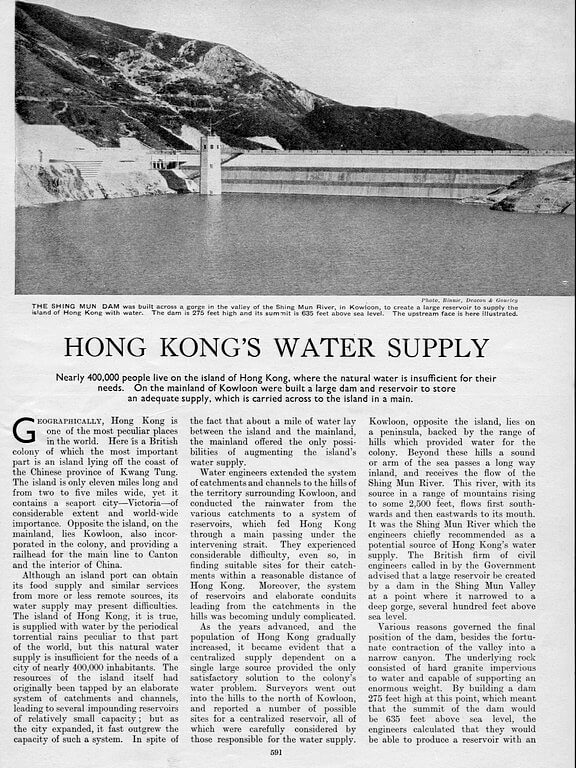 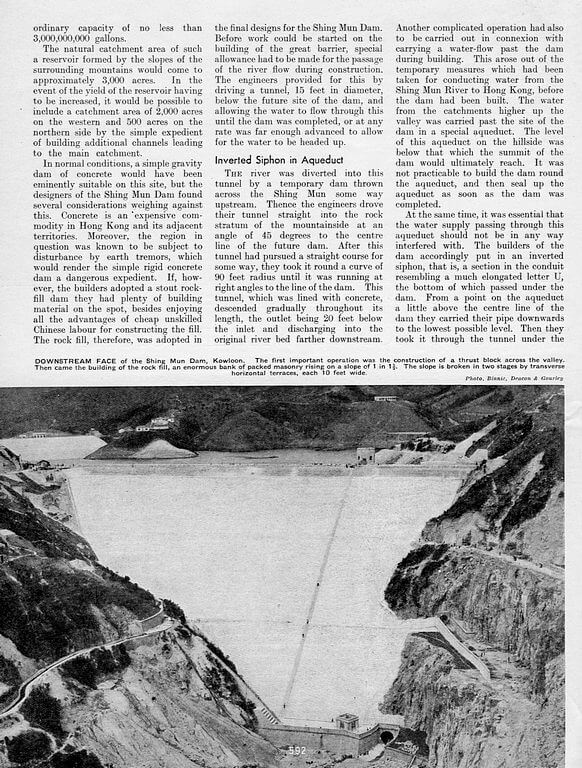 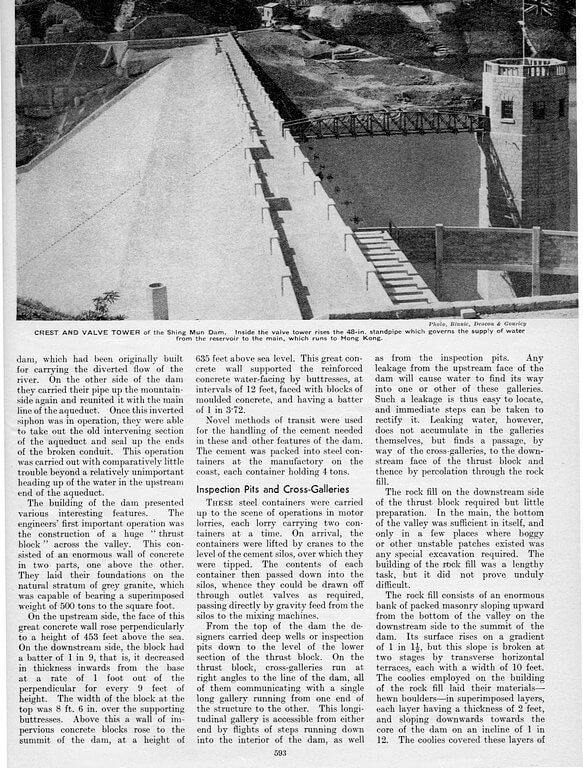 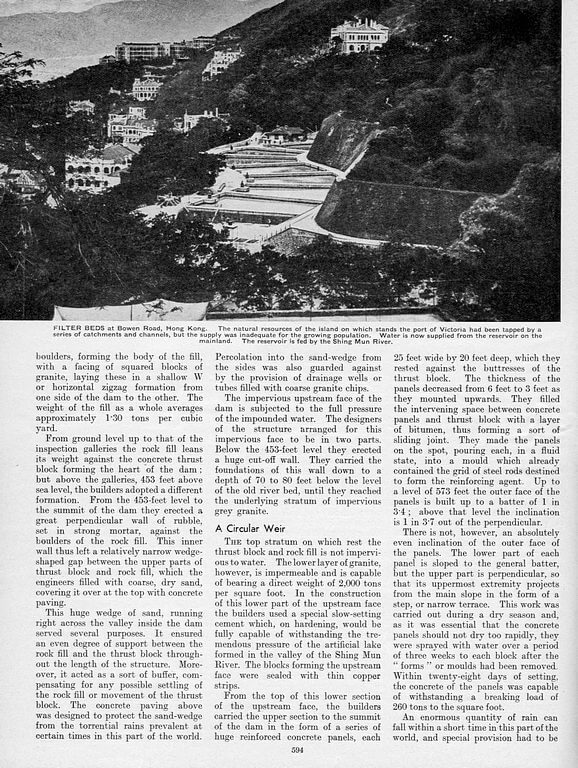 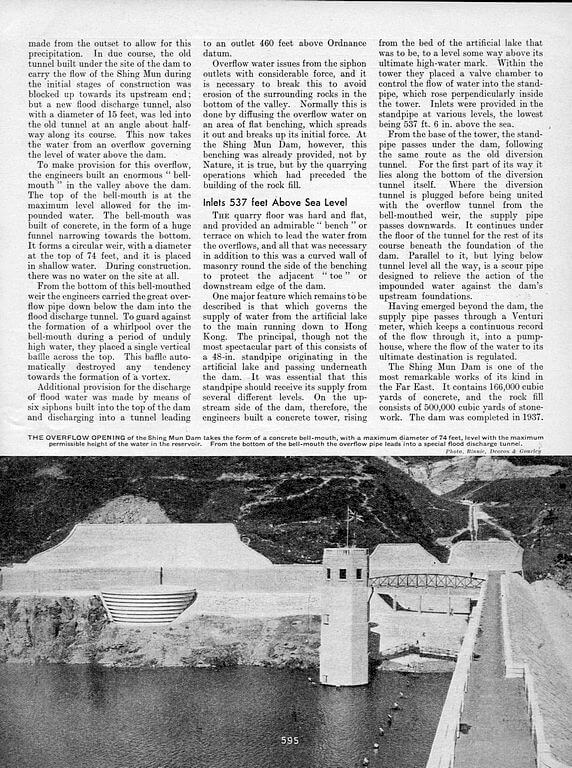 This article was first posted on 3rd December 2014.