Robert Woodburn: Most of the two and a half years I spent in Hong Kong in the 1950s was at RAF Kai Tak.

However, in October 1954 I was posted from Kai Tak to the Army base at Sha Tin as a Senior Aircraftman. My living quarters was situated just off the main Sha Tin road and I was transported daily to the airstrip with it’s hangar and crew rooms. Each day started with a parade and inspection which, as an airman, was very foreign to me.

I always volunteered to go up with the army pilots on Auster test flights which gave me plenty of opportunities to see the surrounding area from the air.

This [undated] photo of the army camp, which was about three miles from the airfield, shows the main entrance. 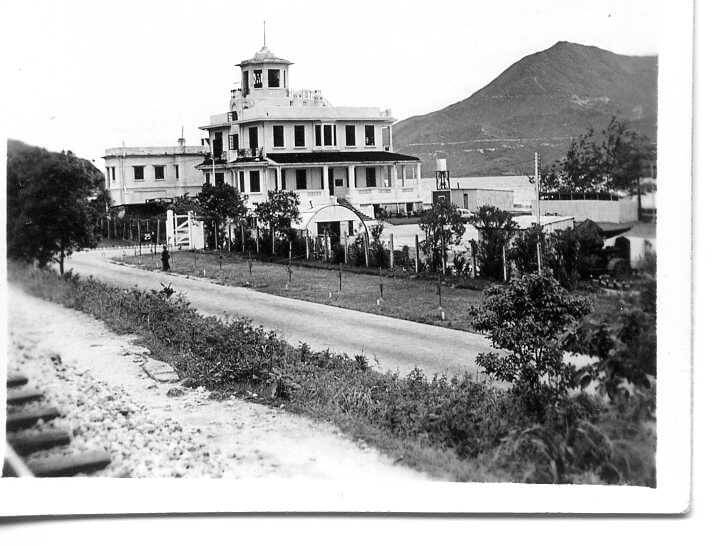 HF: There appears to be some confusion as to whether this military base at Shatin was Army or RAF.

Robert adds: With regard to Army or RAF Shatin I can only say that  when I was billeted at Shatin the largest majority of personnel that were there  were army, with an army officer in command, and the place was run as an army unit.

Unlike Kai Tak, each working day started with a parade and full inspection of the troops. The small RAF contingent comprising only the aircraft ground crew assembled together at the rear of the parade ground – hats pulled right down low to conceal  their longish hair.
When the parade was dismissed the RAF team were transported in army trucks to the airfield where they all went about their daily duties, namely, ensuring the all the aircraft were serviceable and flight worthy.
However, Just to confuse the issue I have just discovered an old letter that I sent to my father at the time from Shatin with my address stated as follows:
1900 Ind AOP Flt RAF
Shatin Hong  Kong
B A P O I
(My guess is that “AOP” stood for Air Observation Post and Flt RAF stood for Flight RAF)
I also guess that all the mail went to the post office at RAF Kai Tak and was distributed from there accordingly.
From the above and for what it’s worth I still feel that the  Shatin base was run by the army as opposed  to the RAF. However, there may be a clue for you in my Shatin Address. (1900 Ind)

IDJ has sent this photo of the camp. He says when received as a print it already had the arrows drawn on showing the headquarters location at the top and the airfield clearly seen in the centre. 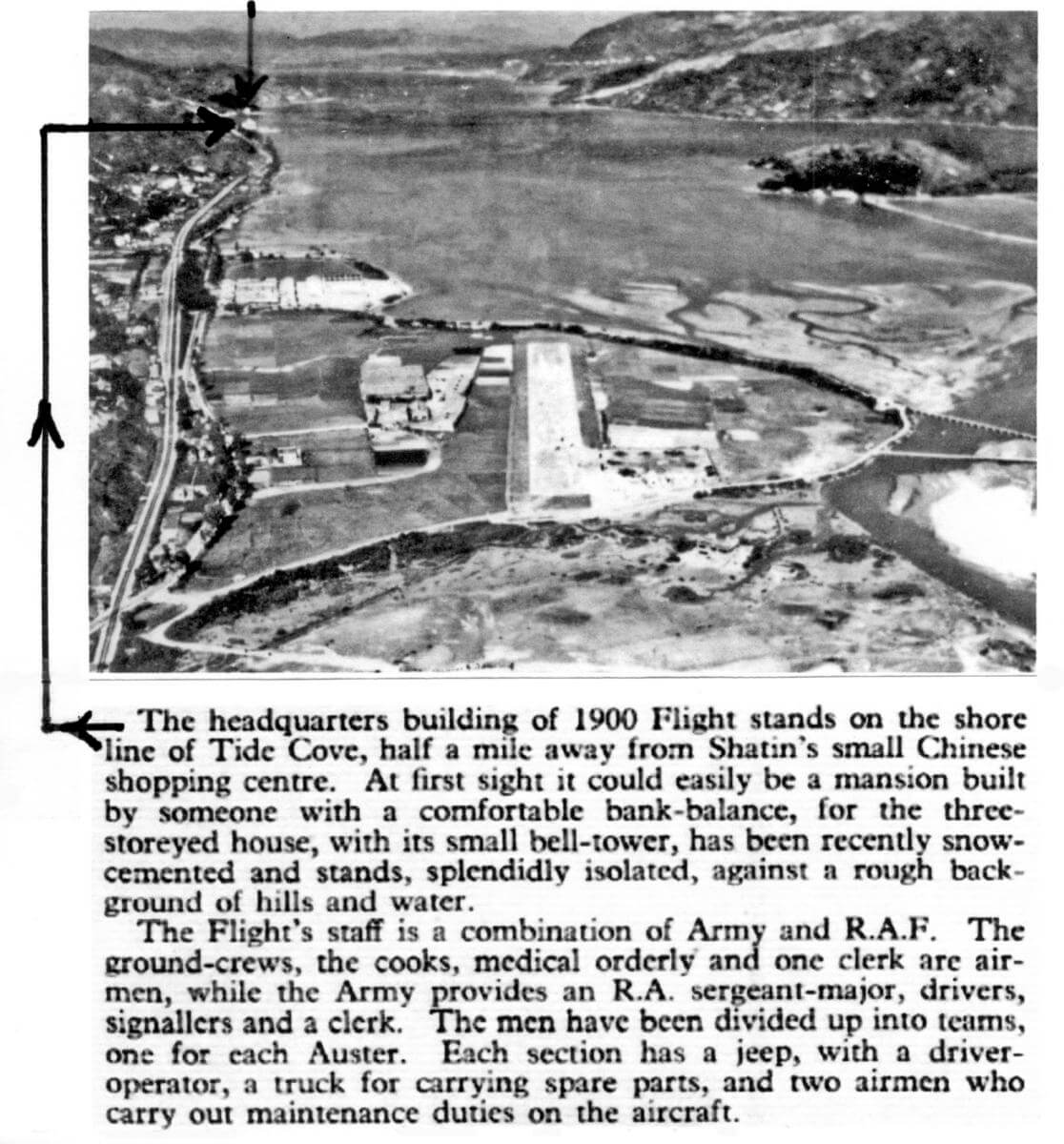 HF: These two photos purport to show the location of the headquarters indicated in IDJ’s image above. The first matches the main building shown in the main gate image above.

The second appears to also show the same scene but with clear differences in the shape of the compound and main building, the jetty extending  a considerable way and different features in the foothills behind.

Can anyone help to clarify what we are or are not looking at? And when? 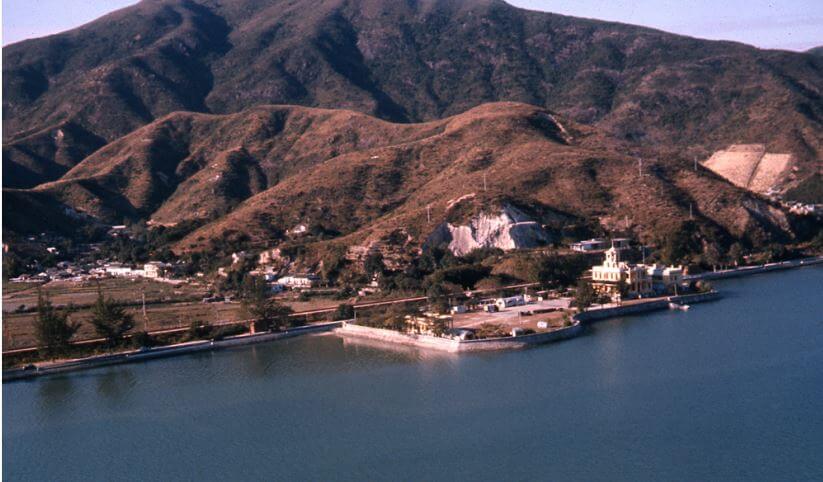 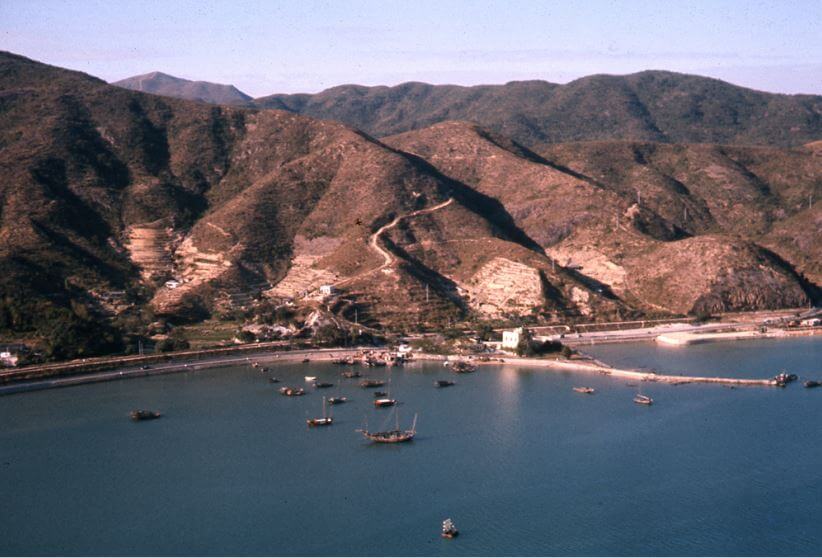 This article was first posted on 18th February 2016.