HF: Pokfulam village, sometimes though wrongly, described as Hong Kong Island’s last village, had very close links to the nearby Dairy Farm. The SCMP of 28th September 2012 published an article about the 150-year-old village in which it is described as “a heritage treasure trove”. 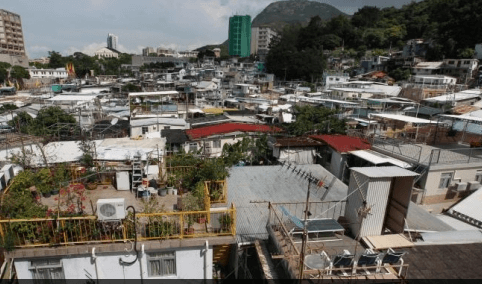 The SCMP, “The village grew and became a hub for what was then a rural area after Dairy Farm, the forerunner of today’s Dairy Farm International conglomerate, built dormitories and cowsheds and developed farmland behind the village in 1886.
Today, there are still traces of the farm – including a brick hay container and old cowsheds. The company closed the property in the late 1980s, and the land has since been sold off.
After its 2,000 employees moved out, the village was no longer big enough to return its own district councillor….

Siu Kwan-lun, 50, and his eight siblings, grew up in the village. As a schoolboy, he recalls, he would arrive home from school, throw down his schoolbag and run to the hills, to the cow sheds and the reservoir, with other children, for a whole afternoon of outdoor fun.

“We would slide down slopes of long grass on cardboard, tease the cows and swim and catch fish at the reservoir,” he said. “In those days, there were many edible things growing all over the hills. We would even secretly milk the cows and try the milk – and man, did it taste bad!”