HF: This brief history of the Needle Hill Tungsten Mine does not attempt to cover the geology or mineralogy of the mine, nor details of the mine workings. For a much fuller account, which includes this information plus maps, photographs, plans, location of mine entrances and further references, see The Geological Society of Hong Kong Newsletter Vol 9 No 3 pp29-40 (1991) which can be viewed online as shown in source 1 below.

Tungsten/Wolfram/Wolframite is the main source of the metal tungsten which has a wide range of uses, the largest of which is as tungsten carbide in cemented carbides. Cemented carbides (also called hard metals) are wear-resistant materials used by the metalworking, mining, petroleum and construction industries. Tungsten is widely used in light bulb and vacuum tube filaments, as well as electrodes, because it can be drawn into very thin metal wires that have a high melting point. It was also used in armour-piercing ammunition. 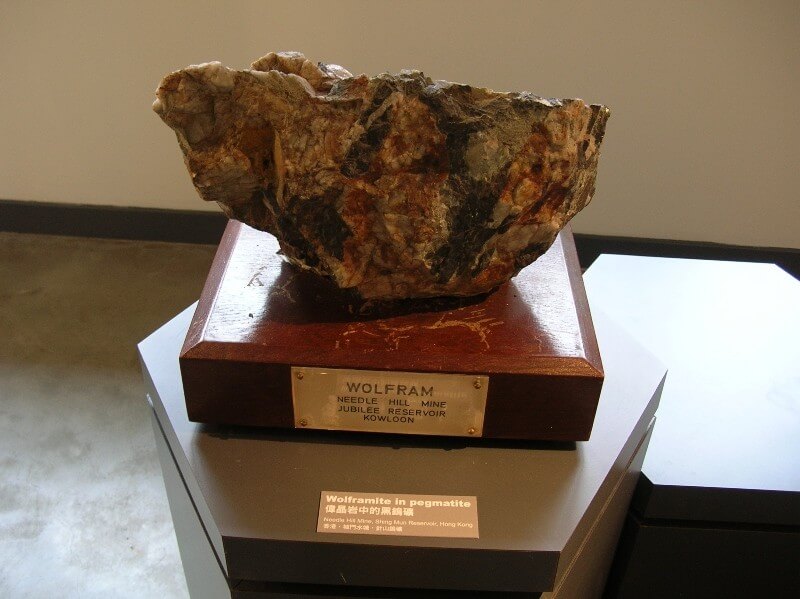 “Wolfram. Needle Hill Mine. Jubilee Reservoir. Kowloon” [no date]
The specimen is in the Stephen Hui Geological Museum, HKUniv

This abandoned mine is situated on the southern slopes of Needle Hill between Upper Shing Mun reservoir and Tai Wai. It was among the largest mining operations Hong Kong has seen.

The deposit was discovered in 1935 by a civil engineer, Mr G Hull, who was working on the construction of the Jubilee Reservoir (now known as Shing Mun). Hull was panning in a stream at lunchtime. He recognized wolframite-rich placer deposits (which are an accumulation of valuable minerals formed by gravity separation during sedimentary processes) in sediments being excavated from the Upper Shing Mun river and traced the mineralisation to quartz veins on Needle Hill.

Hull obtained a mining licence in the same year but the lease was subsequently transferred to Marsman Hong Kong China Ltd.  Marsman undertook prospecting from 1935-1937, and development works began in 1938 with three adits used to extract the ore. From 1938-1941 an estimated average annual production of 120 tonnes of wolframite concentrate was achieved with the establishment of a medium capacity gravity concentration plant capable of treating 100 tonnes of crude ore per day. 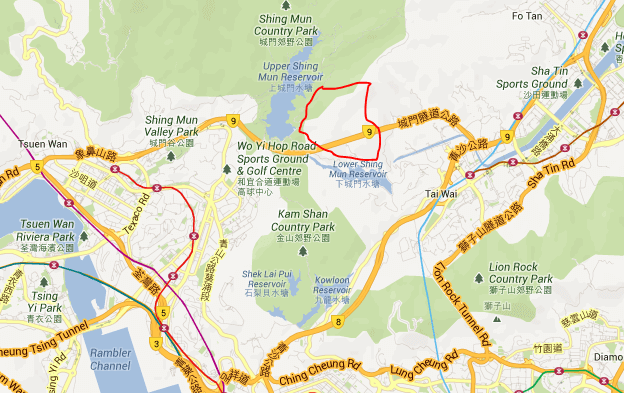 With the occupation of Hong Kong by the Japanese Imperial Forces in December 1941 the mine was abandoned.

However in July 1942 a Japanese concern, the Taiwan Development Company (which had started operations in Taiwan in December 1936) began operating the mine, adding two more adits.

This BAAG report surely refers to Needle Hill Mine “the wolfram mine at Shing Mun.” as suggested.

Although no production records exist for the period 1942-1945 old miners interviewed in 1991 suggest annual production of 140 tonnes of wolframite concentrate.

No records appear to exist relating to mining activities in the area during the period 1945-1949.  However, from 1949-1951 there was a boom in the price of tungsten largely as a result of the Korean war and  about 5,000 people worked veins and placers at several sites in the New Territories, of which Needle Hill was the most important. Many of these sites were worked in a primitive, unregulated fashion including surface scratching, foxhole digging and placer sluicing causing extensive stream pollution and hillside erosion. This led the Hong Kong government to start regulating mining.

Consequently the government created the position of Superintendent of Mines to supervise mining generally, enforce safety standards and to recommend a revision of mining legislation. This led to the establishment of the Hong Kong Mining Ordinance in 1954.
From 1951-1955 operations at Needle Hill were run (possibly sub-leased) by the Hoong Foo Mining Co., and about 222 tonnes of wolframite concentrate was extracted annually by mining contractors. In 1955 mine ownership was transferred to the Yan Hing Mining Co. Ltd. and mining resumed in 1958. The chief mining engineer and general manager was Dr Stephen Hui after whom the Hong Kong Geological Museum is named.

The period 1958-1967 is the most well documented in the mine’s history due to the detailed records maintained by Yan Hing. These show a total extraction of 63,846 tonnes of crude ore. However in 1967 mining was suspended due to the low market price of tungsten and increasing labour costs. 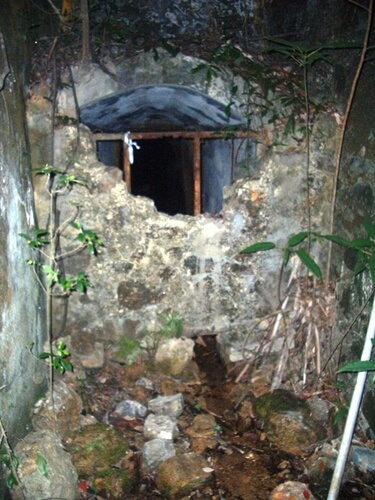 In 1977, Yan Hing produced estimates of the remaining probable ore reserves. The estimates, which were crude due to the lack of detailed mining records between 1938 and 1955, suggested that at a production rate of 22,000 tonnes per year the mine had a predicted life of about 15 years. However operations did not resume.

In 1984 the condition and extent of the mine workings were investigated to assess the potential implications for the Route 5 Shing Mun road tunnels because mine records indicated that these tunnels would pass through or very close to the mine tunnels. It was found that the mine had extensive intact workings. It was concluded that the road tunnels would pass as close as a metre at one location and that they would require ‘dewatering’ and concrete backfilling prior to the Route 5 tunnel excavation. All of the mine tunnels were subsequently sealed with concrete bulkheads to prevent unauthorized access.

A visit to the area in 1991 by members of the Geological Society of Hong Kong found numerous waste tips and the ruins of old mine buildings. Despite tunnel entrances being supposedly blocked the intrepid group managed to enter Adit 8 though as entry was “very difficult” and as the workings were “extensive…unstable and dangerous the reader is advised not to attempt to enter them”.  The group also managed to access some of the lower, and presumably narrower, workings where they found timber and bamboo ladders which they presumed had been left after the 1984 investigations.

There are several reports of recent visits to the area. One from 2012 says many old mining artefacts can be seen in the adits including the remains of scaffolding and ladders mentioned above, plus railway tracks. It adds that some of the tunnels can still be accessed but most are partially flooded. All these reports urge extreme caution when attempting to enter any part of the mine.

*  A report by the Labour Office in 1939 states that “the maximum payable in respect of death or permanent injury in the case of Chinese workers at the Needle Hill Mine (Marsman Hong Kong China Ltd.) is one hundred and eighty dollars and for temporary total incapacity three dollars a week. This is covered by insurance.”

This article was first published in the Indhhk email Newsletter 7 sent out on 25th June 2013.