Earlier in the website a short article on Continental Rubber Manufactory (大陸樹膠廠) was posted. This article will provide more information about the firm, which was one of the big five rubber manufacturers in HK in the 1950s, and the characters associated with the firm.

Continental was founded in 1938with HK$500,000 in capital by two executives of Fung Keong Rubber Manufactory in HK – Fung Yat-hing (馮日興) and Pang Kam-wing (彭錦榮), both of whom were fellow Wan Fou natives of Fung Keong. Fung Yat-hing, whose original name was Fung Kwok-sau (馮國秀), was likely a brother or cousin of Fung Keong and he and Pang can be seen in the picture below of Governor Peel’s visit to Fung Keong’s plant in 1934. 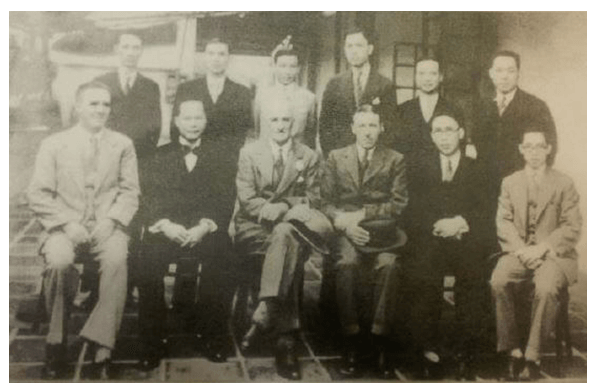 Before the War, the firm employed over 1500 workers at its peak at its Winslow Street plant in Hunghom. In August 1940, Continental opened its first showroom at 287 Des Voeux Road Central to sell its shoes and other rubber products to the local HK customers. Production was suspended during the Japanese occupation. In January 1950, a labor dispute erupted at Continental where 500 workers fought with the management over wages. In August 1954, co-founder Fung Yat-hing died at the age of 50 and was survived by his wife and three daughters. By that time, the firm employed 700 workers with daily production of 15000 pairs of shoes and 3500 pounds of rubber bands. Its rubber shoes, boots and other products were exported to all corners of the British Commonwealth, Western Europe, Myanmar and Vietnam with most of its raw materials sourced from the UK and the US. 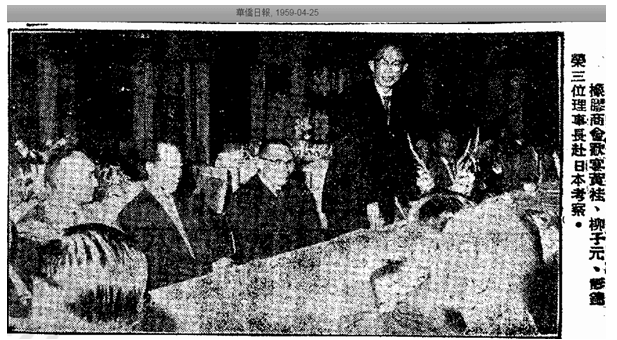 The HK Rubber Manufacturers Association hosting a banquet for Pang Kam-wing, Wong Kwai and Lau Chi-yuen before their trip to Japan (WKYP, 1959-4-25) 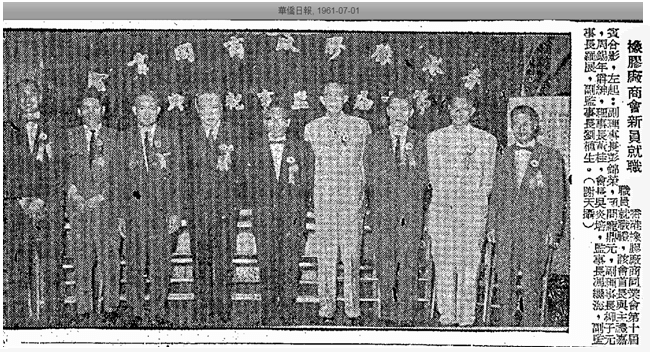 As managing director, Pang Kam-wing ran Continental for most of the 1950s and 1960s. He was also vice chairman of the HK Rubber Manufacturers Association and director of CMA during this period. Outside of work, Pang was honorary chairman of Wan Fou Club (雲浮會所) and chairman of the swimming club – Hoi Tin Athletic Association (海天體育會). 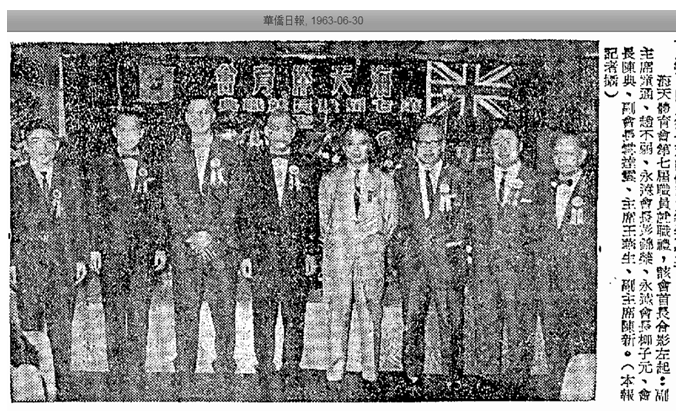 The Wan Fou Club welcome Mr&Mrs Pang Kam-wing at Kai Tak airport after their return from their US/European trip in 1958. Amongst those present was Ching Chun-kau, the real estate developer who bought Far East Motors’ original site in Tsim Sha Tsui (WKYP, 1958-10-27) 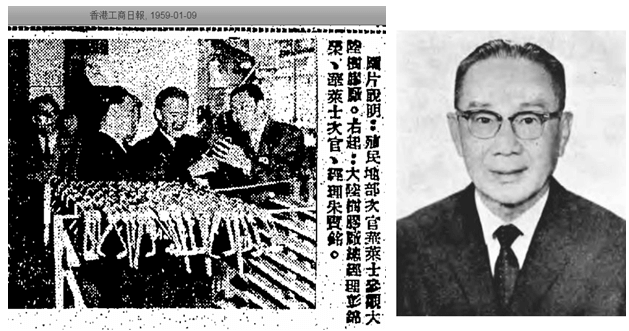 Aside from Pang and Fung, other executives of Continental included manager Chu Po-ming (朱寶銘) who died in 1960 at the age of 51 and permanent director Andrew Lim Hoy-lan (林海瀾, 1897-1967), the principal of Wah Yan College in Kowloon in the 1920s through 1950s who had experience with rubber in Singapore earlier in his career.

In June 1961, a fire broke out at Continential’s plant in Hunghom which resulted in over HK$40000 in damage. After the fire, Pang Kam-wing paid the asking price of HK$1 mil (as there were no other bidders) at a government auction in 1962 for a 30000 sq ft plot of land in San Po Kong and built a new building at 33TseukLuk Street as the new home of Continental. By 1967 when Jimmy McGregor, then Assistant Director of Commerce and Industry visited Continental, the firm occupied three floors (41000 sq ft) with 300 workers producing 720,000 pairs of rubber boots and 20,000 pounds of rubber bands per year. All of the rubber boots and 20% of the rubber band were exported while 80% of the rubber were sold domestically. The factory had six skilled instructors to train its staff.

As a firm, Continental Rubber was incorporated in 1939 and dissolved in 1993. It is unclear as to when Pang Kam-wing passed away but he was still alive in the 1970s. His daughter Marina Pang Wai-ching(彭蕙清) graduated from Nazareth College with a biology degree in 1958 but pursued her career as a painter having studied the masters such as Chao Shao-an, Huang Chunpi and Pau Siu-yau. Her second husband John Richard Choa (蔡永燦, 1932-2007) was a prominent architect in HK. 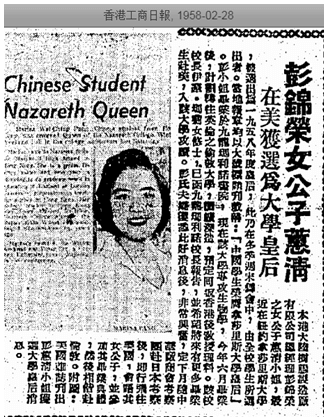 Additional Sources (other than those quoted above)

This article was first posted on 2nd November 2018.