Left: Kin Sun’s ad in Singapore in 1953 warning customers about counterfeited Longfellow shirts (南洋商报, 10 April 1953, Page 7); Right: Kin Sun Manufactory in Sham Shui Po on the right. The bamboo structure was for lowering a coffin from the second floor which was common practice before the 1960s (Uwants)

Southeast Asia has long been an important market for “Made in Hong Kong” products and some firms enjoyed more success in Southeast Asia than in the HK home market. One such firm was HK garment manufacturer Kin Sun Manufactory, whose Longfellow (朗非路) and Four Roses (四玫瑰) brands of clothing were very popular in Malaysia and Singapore in the 1950s and 1960s.

Founded in HK in 1941 by Pang Fat (彭發) and incorporated in 1957 with HK$1 million in capital, Kin Sun had its factory located at 61 Yen Chow Street (欽州街) in Sham Shui Po in the 1950s with 2 buildings – 1 for weaving and 1 for garment, 700 workers producing 30000 dozens pieces of clothing per month. Aside from Longfellow and Four Roses, other brands produced by Kin Sun included Flying Fish, Steel Bridge and Tin Kew. 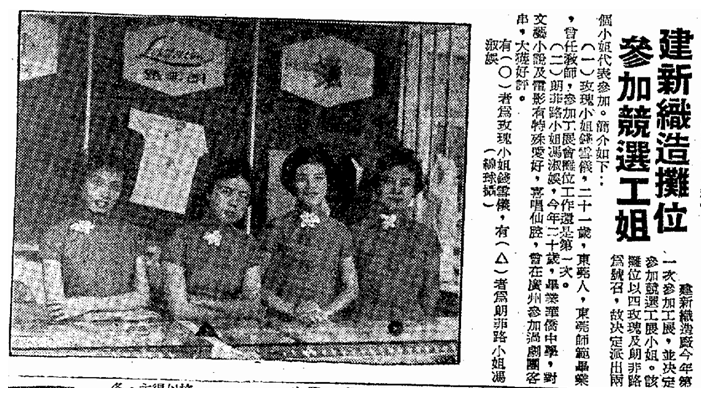 Kin Sun’s focus was primarily in the Southeast Asian markets (especially Malaysia) and it did not exhibit at the HK Products Expo until 1959. Pang Fat who visited the booth personally pitched two pieces of garment to the reporters – an all-wool vest with materials from Italy selling for HK$16 and a “Four Roses” brand dress shirt selling for HK$7.

By the 1960s, the firm had relocated to 779 Yu Chau Street. In 1962, Pang established a plastic bag factory at the Yu Chau Street premise (likely to manufacture packaging for its apparel business) but in 1970 the plant was burned down. At the time, the plastic bag plant had 20 workers. By the early 1970s, Kin Sun had set up a plant in Petaling Jaya plant and when a strike broke out in October 1973, it had 105 workers. As a firm, Kin Sun was dissolved in HK in 2016. 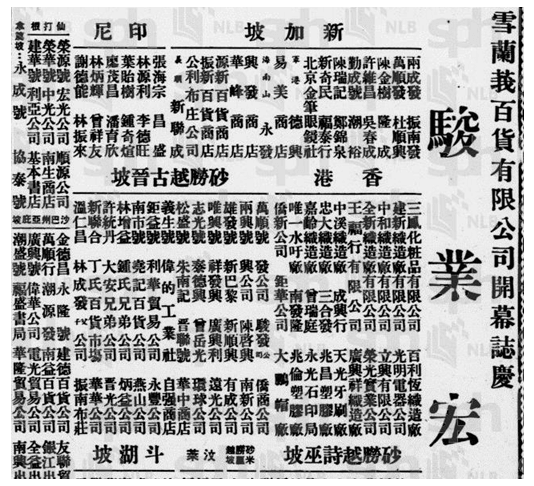 Advertisement from firms all over East Asia congratulating the opening of Selangor Department Store in Malaysia in 1967. Kin Sun was one of the firms under the HK section alongside Chuen Sun Knitting, Bethleham Knitting and Wei Yit Vacuum Flask which were all covered earlier in other articles (南洋商报, 28 August 1967, Page 13)

This article was first posted on 2nd March 2018.