IDJ has sent this aerial photo of  North Point taken in 1948. He says, “It shows an large oil tanker unloading at what is presumably “Oil Street” which still exists, and the large oil storage tanks further over about where the Fortress Hill MTR Station is. Also a reservior can be seen at the top of the slope above North Point. It would appear that squatter huts heavily populated the slopes above North Point/Causeway Bay even in 1948.” 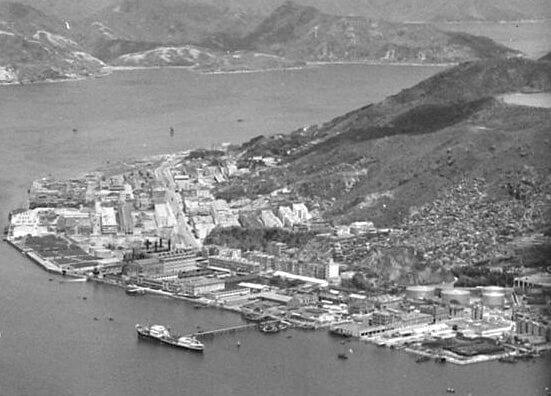 HF: I thought it would be a good idea to start individual posts on industrial areas of Hong Kong. The first was Yau Tong linked below.