IDJ sent in photographs showing what he believes is the manager’s house at Green Island Cement Company from about 1900-1905. See article below.

Jane Taylor continues: My grandfather, Robert Taylor appears to have started out in Macau in 1912 and moved to Hong Kong around 18 months later. He served as manager of Green Island Cement, I think from the late 1920s, until his retirement in 1949. Recently discovered family photographs show the manager’s house clearly, and also its pre- and post-war interiors. Much work had to be done after the war to make it habitable again.

The interior shots of the Manager’s house are mostly in an album, so I’ve been reduced to photographing them on my iPad.  The originals are small, but pin-sharp, and I’m hoping to copy them later more effectively.  For me, one of the most exciting discoveries has been that, with a jeweller’s loupe, it’s possible to see photographs, pictures and ornaments very clearly.  This has enabled me to date these photographs reasonably accurately and study them more closely than might be apparent from my iPad copies.

HF: Jane has sent a large number of photos copied from the album. There are three groups with Jane’s comments:-

a) an interior set which show Chinese-style, ebonised/blackwood furniture and which would have been taken no later than 1938 and no earlier than 1930 – my guess would be the later date.

b)  another interior set showing rooms furnished with contemporary post WW2 Western furniture which will have been taken either in 1947 or ’48.  I know this because a couple of them show my Dad’s graduation photograph from October 1946; and my grandfather retired in March 1949.

Jane adds, incidentally, my Dad himself was back in HK in 1947/8, doing the ‘overseas’ bit of his National Service with the Royal Engineers in the HK Garrison.  Very convenient, since it meant that he got to go home in his off-duty time!

HF: I think it best to post the photos by group and thought we would start with the interior pre- WW2 photographs. Stylish but reminiscent of  a flat shown in the Sunday Post Magazine. It would lovely to see people. Or a cat, a smoking cigarette in an ash tray, a waistcoat thrown over a chair, the remains of breakfast on the dining table… 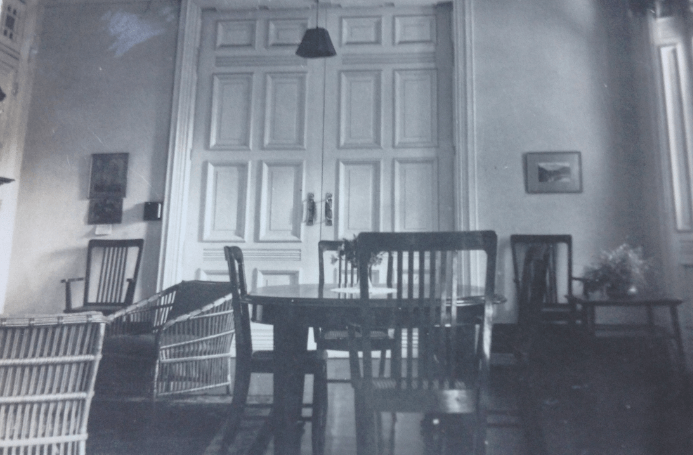 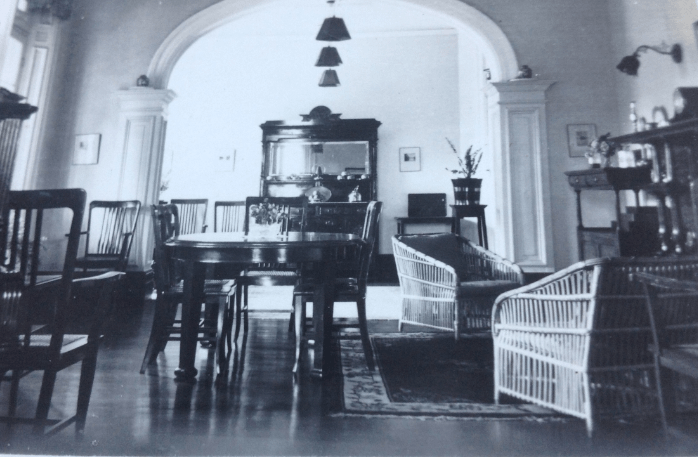 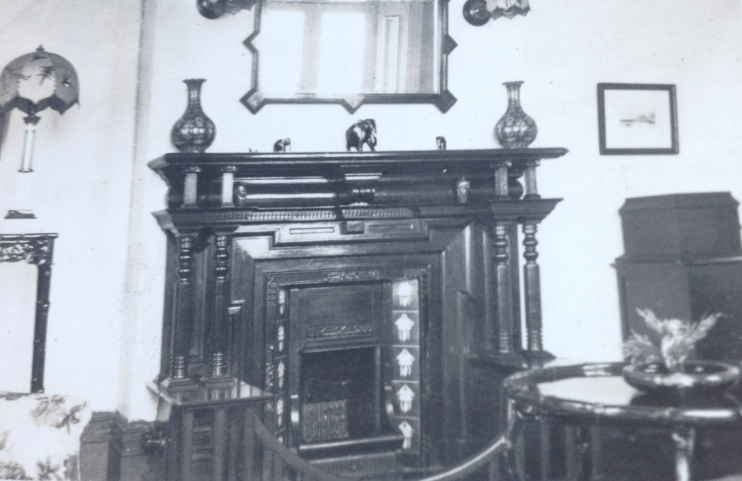 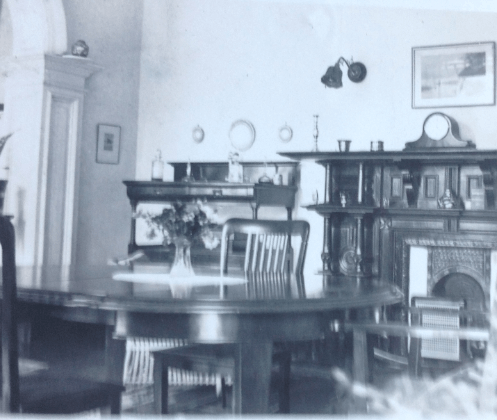 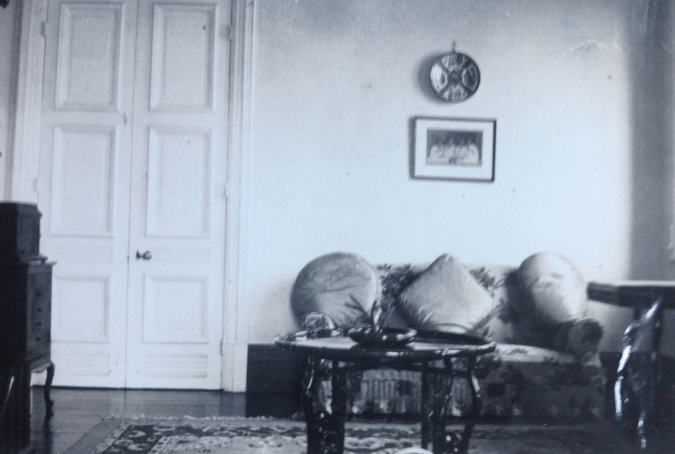 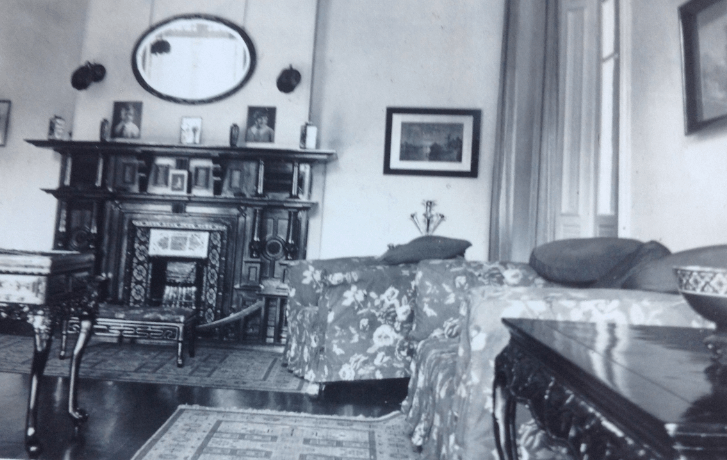 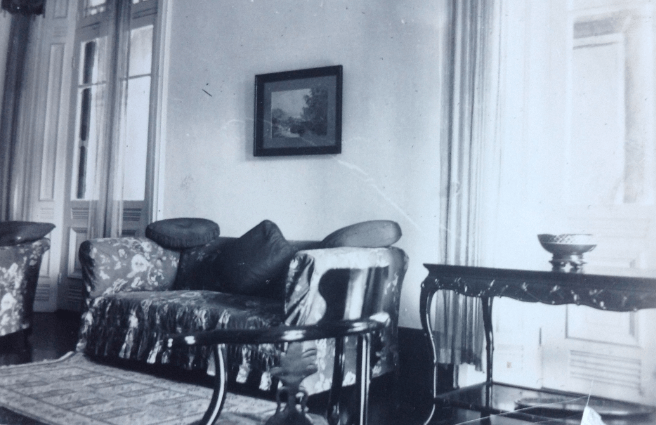 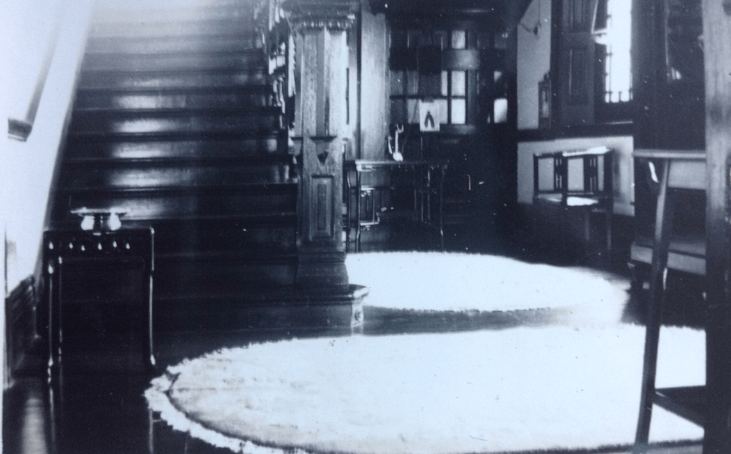 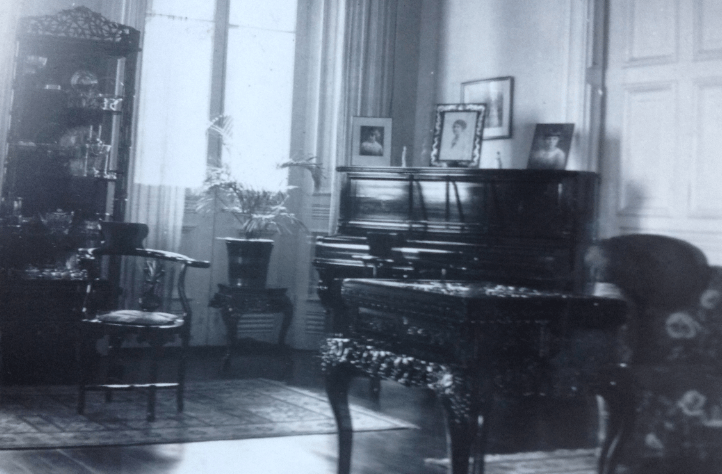 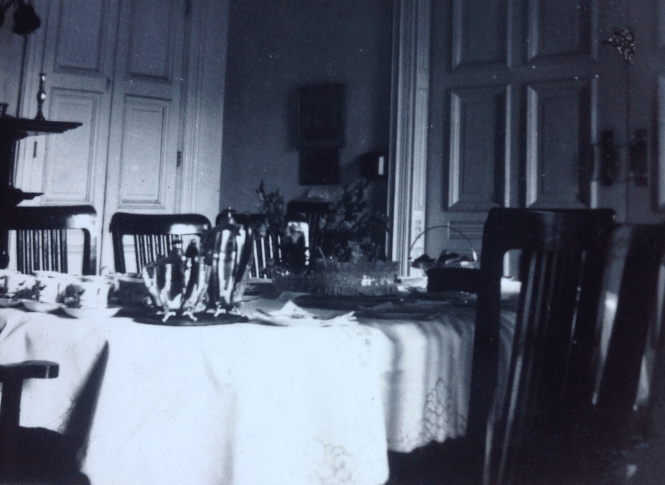 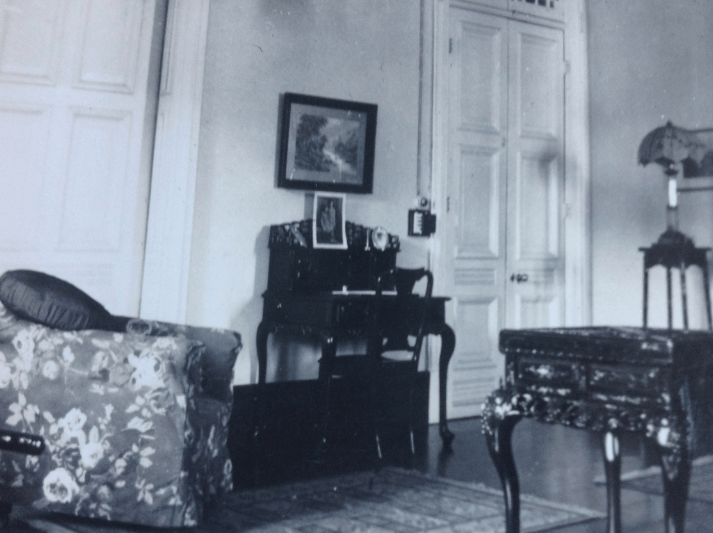 JT: I’m not sure which this room corresponds with in the earlier photos on the website, but I’m interested to see that there doesn’t seem to be any significant difference in the style of furnishing between c1905 and the 1930s. 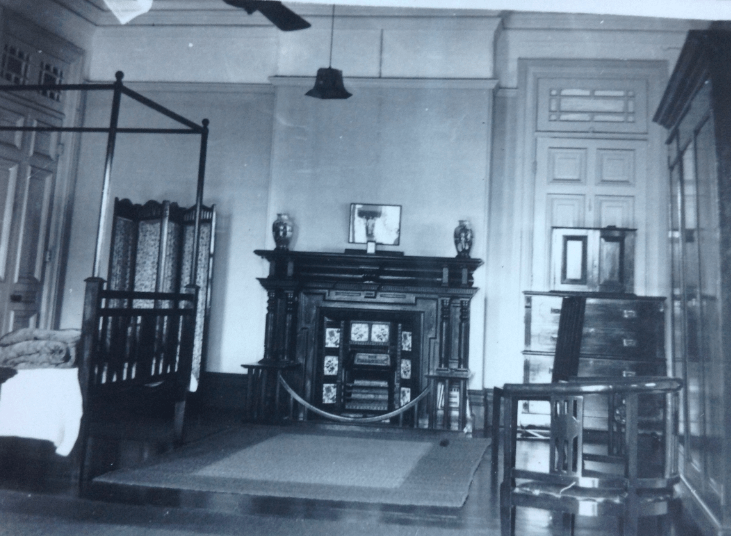 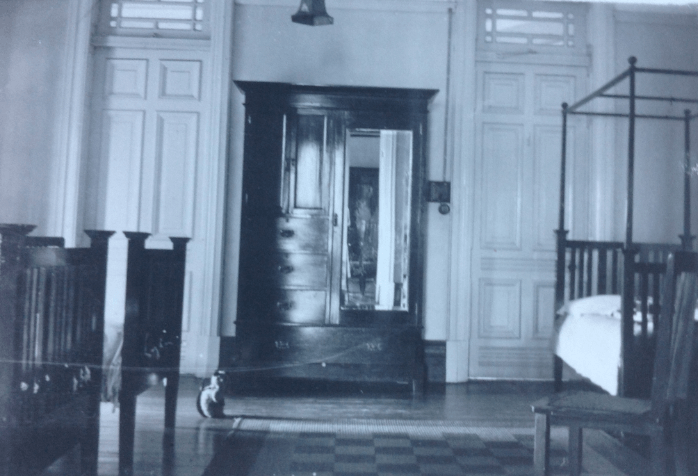 This article was first posted on 13th August 2014.