Dr. François Drémeaux, Honorary Professor, Department of History, The University of Hong Kong, is currently working on the presence of French companies in Hong Kong during the interwar period. He has kindly sent three charts showing a selection of these companies.

The second one shows: Les principaux commerces de détail français à Hong Kong (1918-1941) which appear to be mainly fashion shops offering tailoring, grocers and pastry stores. These were presumably not what could even loosely be described as industrial concerns. However, I am more than happy to include them on our site and hope that this article will bring forth information and images. So far I have only found one of the latter, the photo shown below of the St. Francis Hotel on Queen’s Road, Central.

I have copied the company names below the chart so that we can add information if and when it comes in, or links to Indhhk articles when they are posted. 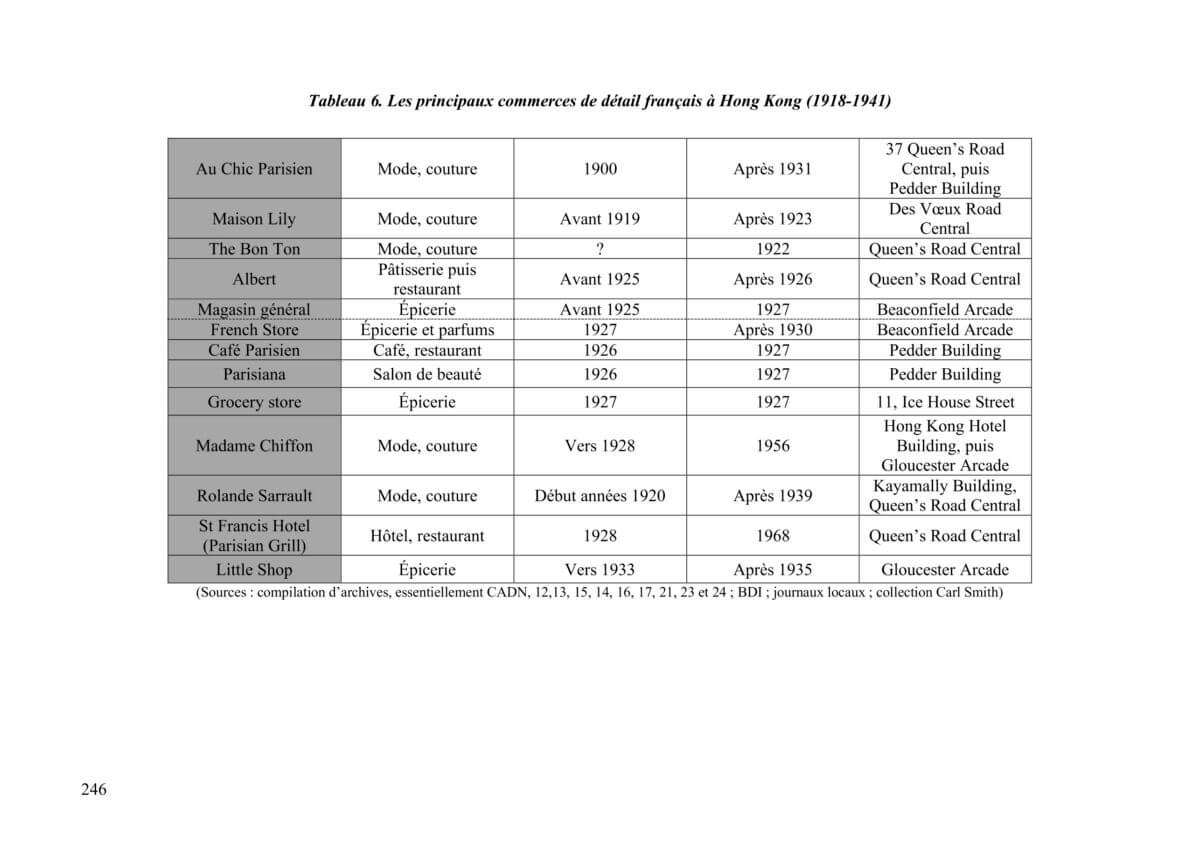 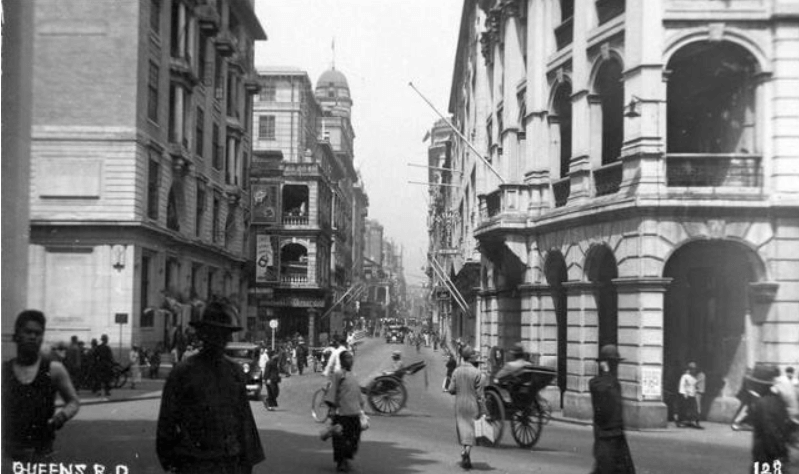 This article was first posted on 9th October 2018.