Rico Lee: Just encountered a rare short documentary about  “French technology in the Far East” on ina.fr featuring an aluminum production plant in Kaohsiung, Taiwan, construction of Shek Pik Reservoir, and the Jatiluhur Dam in Indonesia. All the result of French involvement.

The Shek Pik-related part was clipped and reposted by Save Lantau Alliance to rally support against development of Lantau Island. See SLA’s links below. 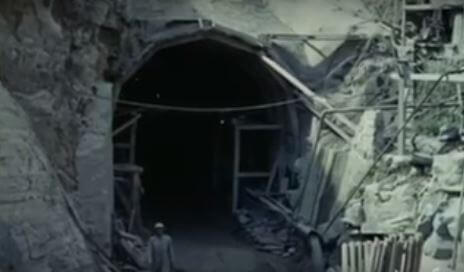 Marie Helene Arnauld watched the section regarding the construction of the reservoir and explains the French commentary, in summary, says that construction of the dam began in 1959 and its purpose was to have a reservoir of rain water. Within 3 years a dam composed of 500 million cubic meter of soil was built. On one side of the reservoir the rain water runs off the slopes ; on the other side it is brought by 20kms long water catchments and tunnels. The reservoir can hold 20 million cubic metres of water.
On 28 November 1963 the government of Hong Kong inaugurated the installation of the reservoir during a Franco-British ceremony.
With this reservoir Honk Kong now has a cubic volume of rain water representing 50% of the existing storage capacity.

The film is listed as being from 1962 though as Marie Helene says the featured inauguration was in late 1963.

The Shek Pik section begins around 1.00.

Many thanks to Yannis Baritakis for extracting the film.

This article was a HK Chinese, French, Greek and British Joint Venture.