HF: Any further information about this company or others involved in producing alcohol in HK, especially Chinese ones, would be welcomed. (see links below)

While walking down Clear Water Bay Road on 21st Feb 2015 I glanced down a rather rough side road, saw a small, industrial looking building and decided to investigate. 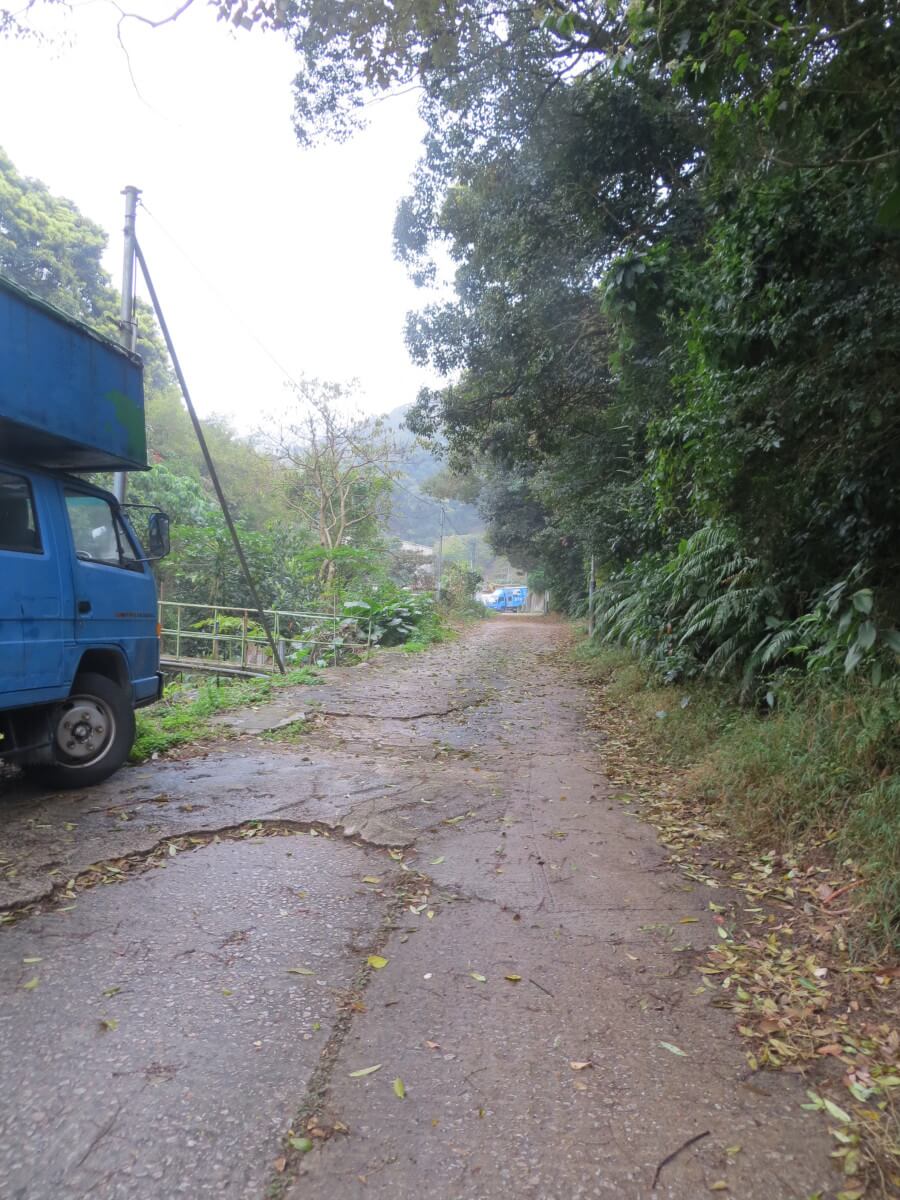 At the start of the road was a government notice. And on it the Wo Fat Hing Distillery clearly marked at the end of what was a cul-de-sac. A poor quality photo taken in light rain but does the job. 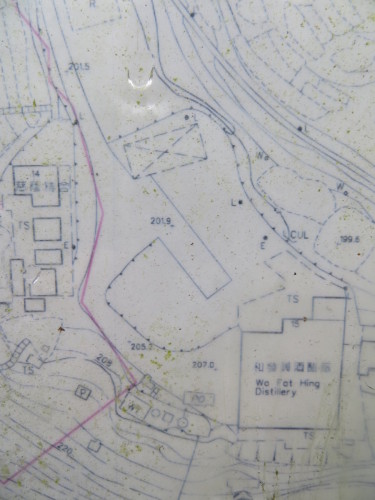 As I approached the Distillery gate, a man inside the yard saw me, indicated that I should not proceed and went to where four or five large dogs were barking but leashed. I retreated but found a path which rose slightly and from where I took these pictures.

As you can see the main building (marked as 15 on the first map below) is clearly derelict. And has nothing to indicate that it had been a distillery. 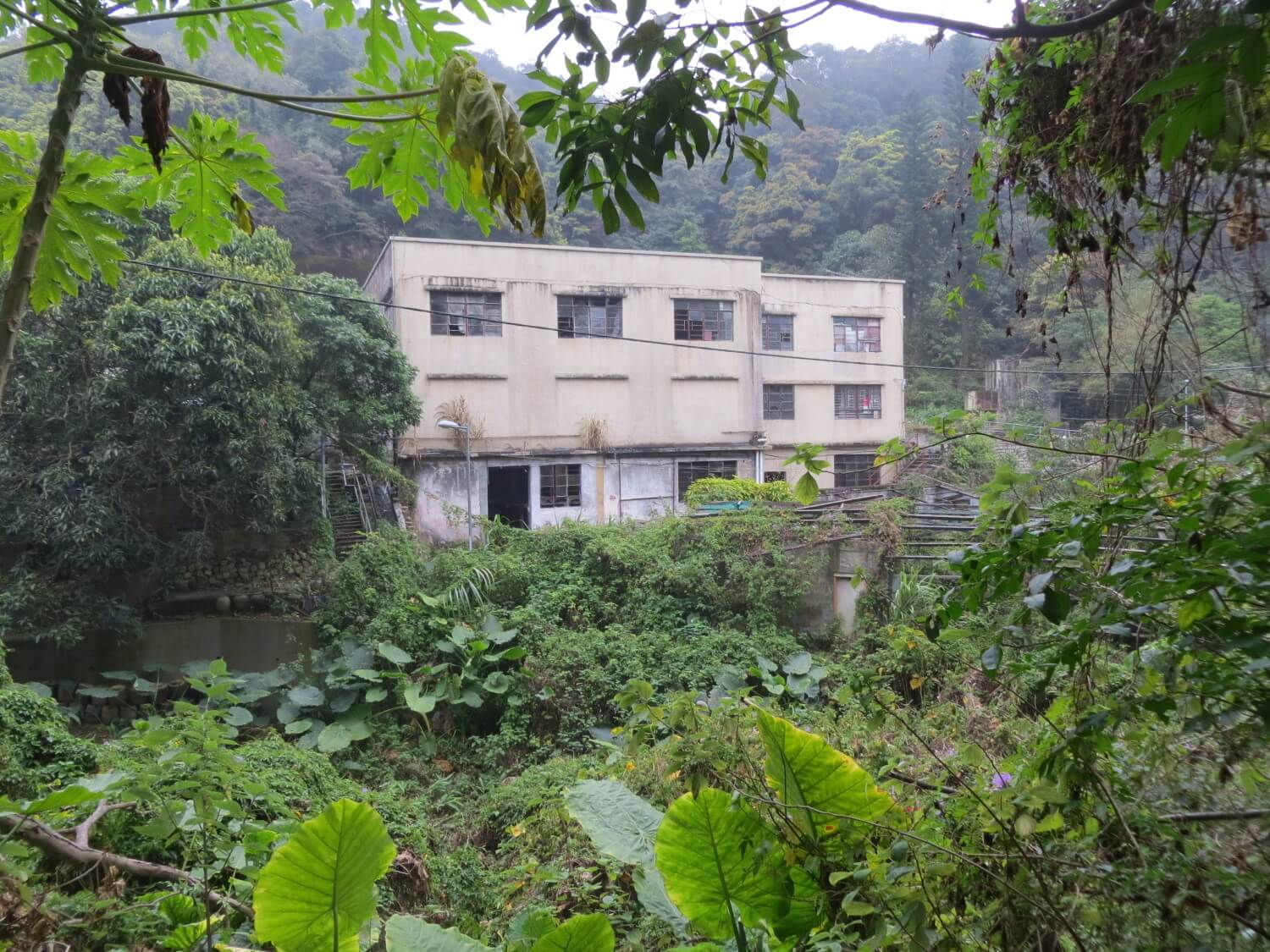 This building (marked as 14 on the first map below) appeared to be in use. But again nothing to suggest it might be producing liquor. Newish windows. The corrugated roofed sheds in front were not apparently being used actively. 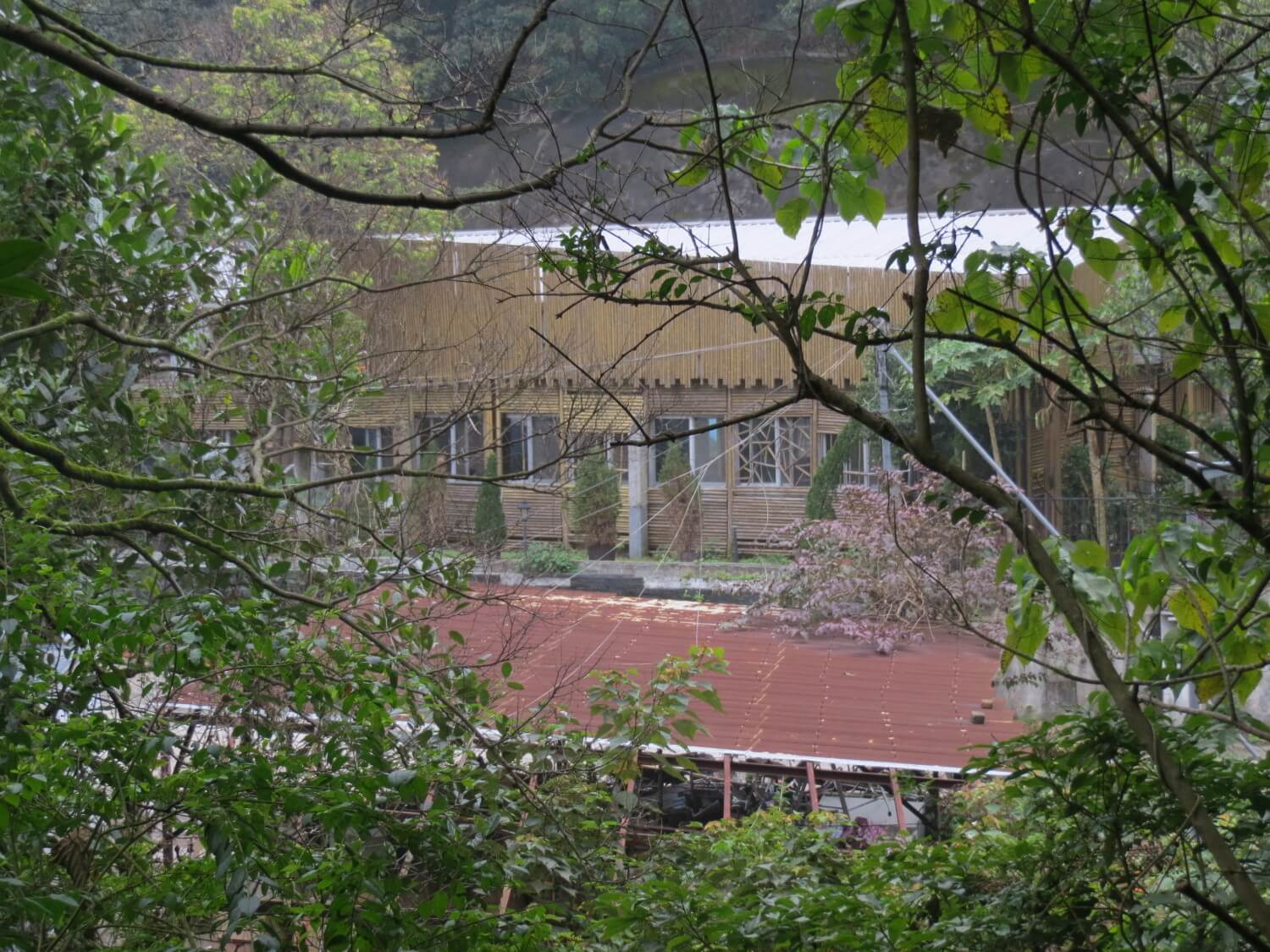 Finally clear evidence of the production of spirits –  large ceramic pots. Each about a metre in width. With smaller ones just visible. 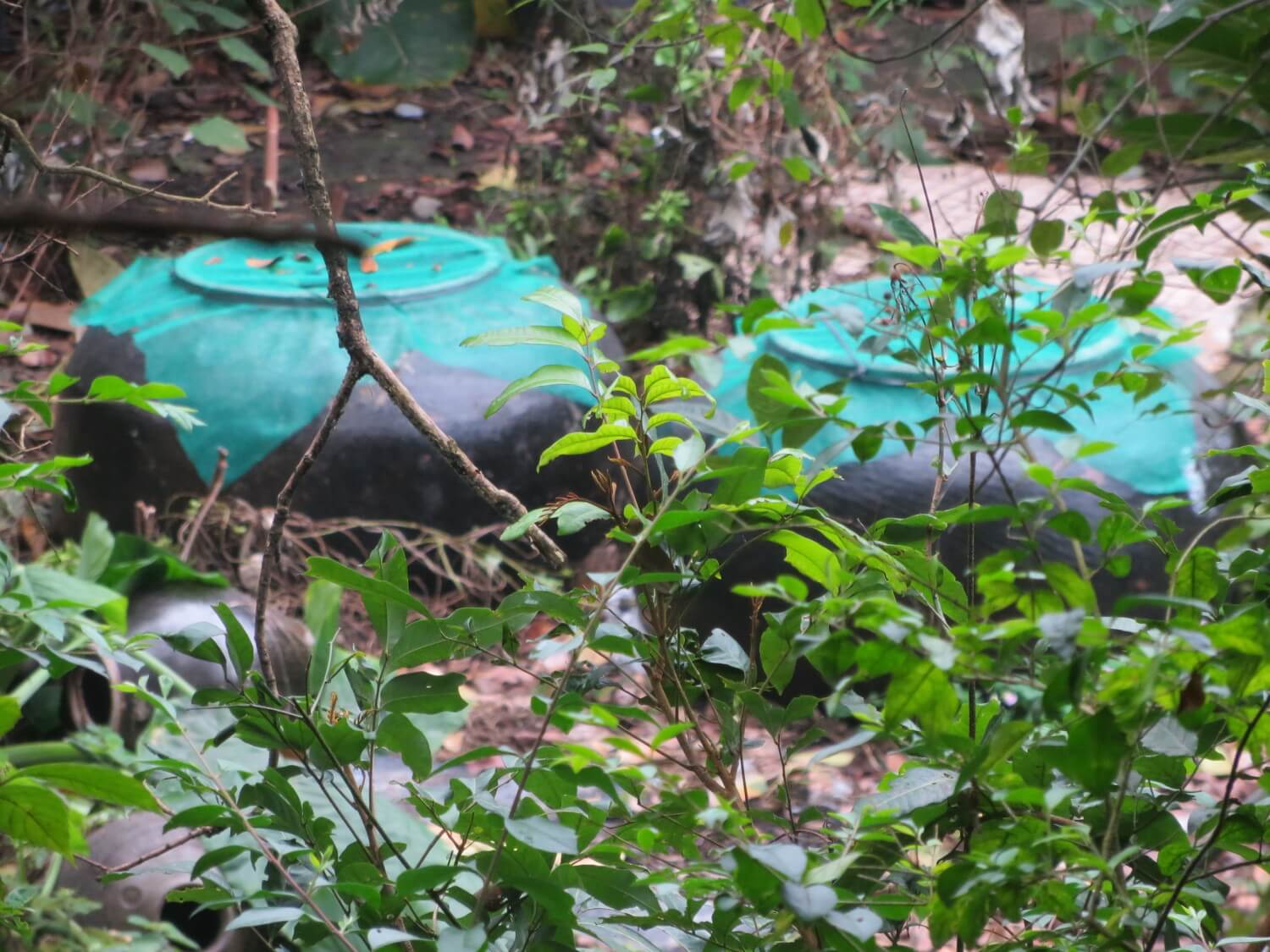 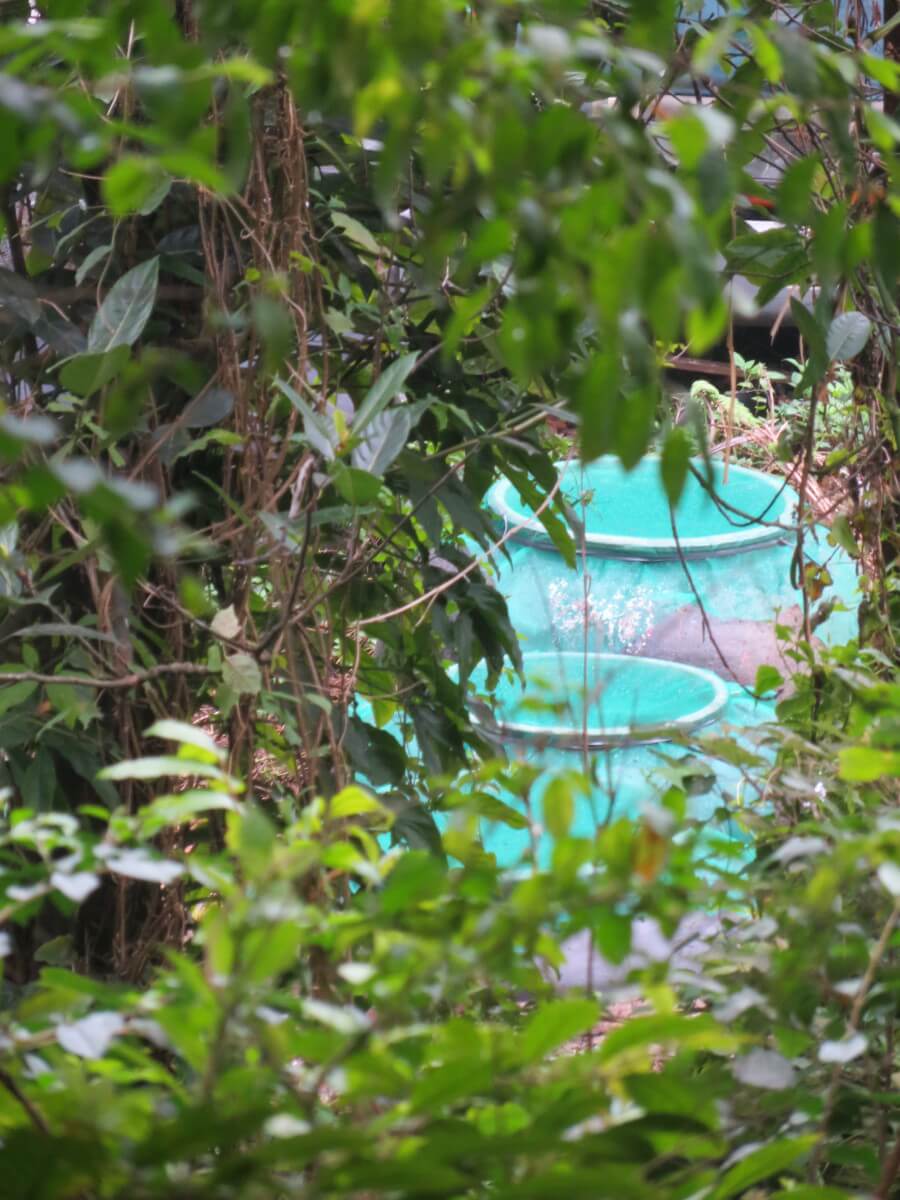 There is scant information about the Distillery. It was incorporated on 29th March 1967.  It produced “Chinese wine and vinegar”. And it is still apparently operating, possibly at 11 Clearwater Bay Road which is in Choi Hung, the Manager being Mr Kwok-Hoi Lee. 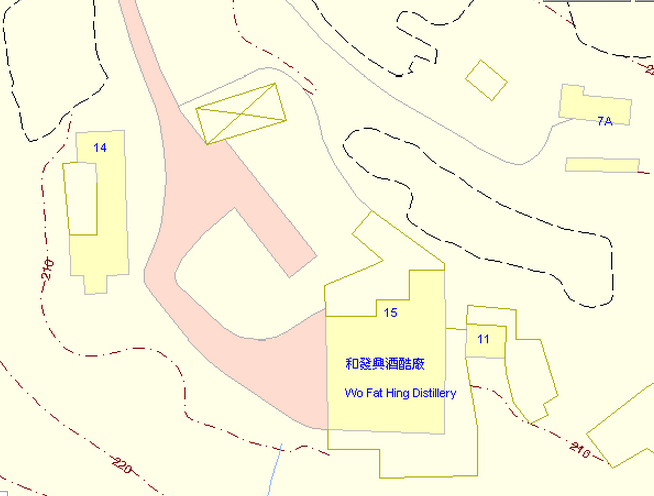 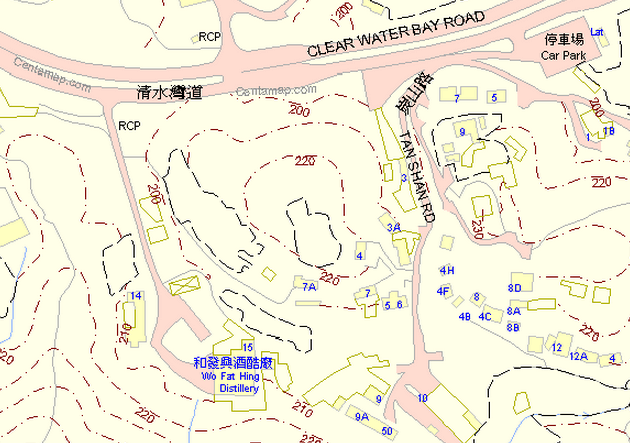 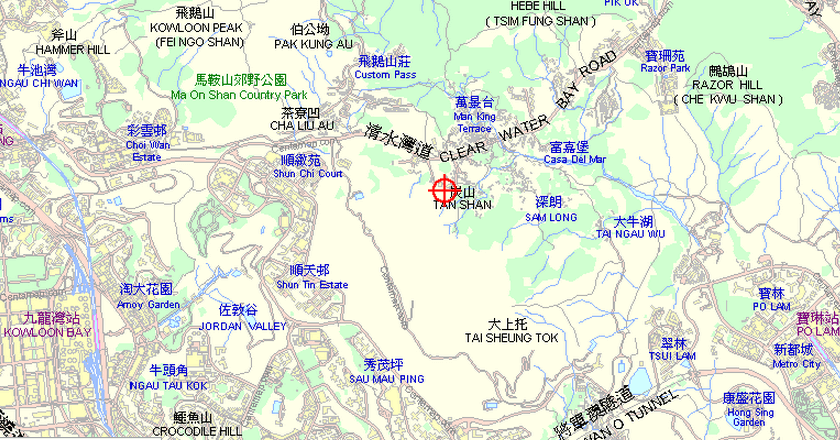 THis article was first posted on 22nd February 2015.