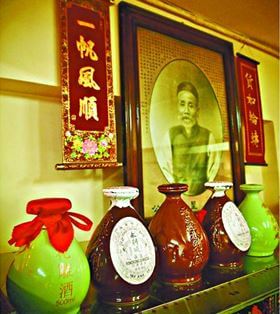 With an auspicious Chinese name which stands for “eternal fortune and fame”, the 140 year old Wing Lee Wai is one of the oldest businesses in Hong Kong, operating out of its base at 124 Wing Lok Street in Sheung Wan since 1905. It was one of the largest Chinese wine distilleries in China with branches in Tientsin, Shanghai, Canton, Macau and Kiangmen in China and overseas branches in Penang, Singapore and San Francisco in the 1920s through 40s. Its Ng Ka Py (五加皮, Five Plus Skin) and Mui Kwe Lu (玫瑰露, Rose Dew Wine) were highly regarded as banquet drinks and cooking wine and was famous for its tagline – “半邊雞一壺永利威” (“half chicken and a bottle of Wing Lee Wai”, the Chinese pronunciation of the word chicken and Wai rhymes).

Wing Lee Wai was founded in 1876 in Nanhai by Wong Sing-hui (黃星墟, alias Iu-shan 耀山), a native of Nanhai in the Guangdong province. By combining sorghum with ingredients such as rose and Chinese herbal ingredients such as cassia and angelica, Wong invented the secret formulas for producing Ng Ka Py and Mui Kwe Lu, which were passed down from generation to generation. Since the firm insisted on using the best ingredients sourced from remote locations (e.g. rose petals from Sichuan or the UK, sorghum from Kimun, Taiwan and cassia from Vietnam), its products became known for its quality and over time Wing Lee Wai became a sought-after brand nationwide and virtually had no competition for the two specific types of wine. 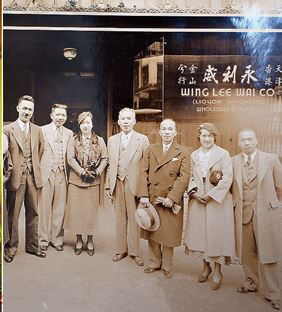 Wong family at the opening of the San Francisco branch of Wing Lee Wai. Wong Sewai is second from the left.

In 1905, Wing Lee Wai moved its head office to Hong Kong. Wong Sing-hui was succeeded by his eighth son Wong Sewai (黃筱煒 1883-1956), who attended the prestigious Queen’s College before joining the family business. In 1914, Sewai and Ko Yik-kam registered the “Two Cranes” trademark of Wing Lee Wai with the HK government. In the 1910s, Sewai was also involved with two insurance companies – Yuen On Fire and Marine and Nanyang Fire and Marine (which he acted as liquidator in 1917).  Under Sewai’s leadership, the distillery expanded its distribution nationwide and later globally, reaching the far corners of the earth wherever there were Chinese. Outside of work, Sewai was a devout Buddhist leader who was instrumental in growing Sik Sik Yuen and its Wong Tai Sin Temple (arguably the most popular temple in Hong Kong). In 1928, he founded the Tata Buddhist Association (哆哆佛學社). In 1936, he built the 2 million square feet Pun Chun Yuen (半春園) in Tai Po (which he converted to a Buddhist temple for Tata in 1953 and his widow donated in 1967) and in 1950 he donated the house next to his residence in Kowloon City for Iu Shan School (耀山學校), a Buddhist primary school named in memory of his late father. 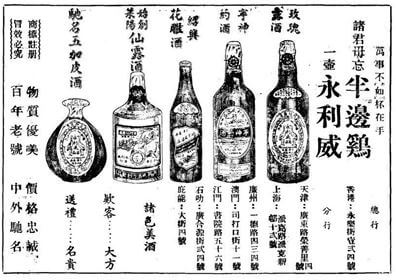 In 1954, he donated the large sum of HK$200,000 to build a new campus for the Iu Shan School at 24 Grampian Road in Kowloon where it operates to this day. The Buddhist Wong Sewai Memorial School in Tuen Mun, which was founded in 1982, is named after him. 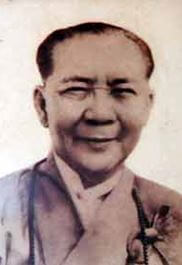 Wong Sewai in his Buddhist outfit

In 1956, Wong Sewai died at the age of 73 and was survived by 1 son and 6 daughters. By then his relative (presumably a nephew) Wong Iu-suen (黃耀孫) was the manager of the firm and was also supervisor of the Iu Shan School. The next generations of the Wong family, included professionals such as Iu-suen’s eldest son William Wong Siu-loong (黃紹隆) who qualified as solicitor in the UK in 1956 (his wife Linda Hui is the granddaughter of the shipping/property magnate Hui Oi-chow), were less interested in the distillery business so it was left to the family’s trusted lieutenant Fok Sam-kau (霍三九) to carry the torch. The illiterate Fok started out as a servant for the Wong family and was the first nonfamily member given the secret formula to produce Ng Ka Py and Mui Kwe Lu. While Chinese wines remained popular in the 1950s, from the 1960s onwards consumers shifted their preference to beer and foreign wine and the sales of Wing Lee Wai shrank significantly through the decades. Fok worked until his death at the age of 96 when he passed the secret formula in 1996 to another long-time employee Ching Yee-kai (程貽楷), a native of Nanhai who joined in 1962. When the Wong family wanted to cash out in 2002, Ching led a management buyout of the distillery and continued wine production at a small plant in Zhuhai. In trecent years, Ching’s son has joined the business and put Wing Lee Wai back on the radar of HK consumers by selling discounted hairy crabs through group buying websites. A brand consultant was also hired to update the packaging of its wine products, re-introducing this century old product to a new generation of consumers through shops like G.O.D. 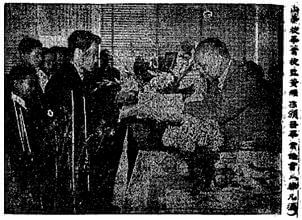 This article was first posted on 18th September 2017.