She has sent extracts from the Report, namely the first page and two pages of the Naval Section, which she suggests would be of most interest to us. Elizabeth adds that the Naval Section lengthens in later reports. 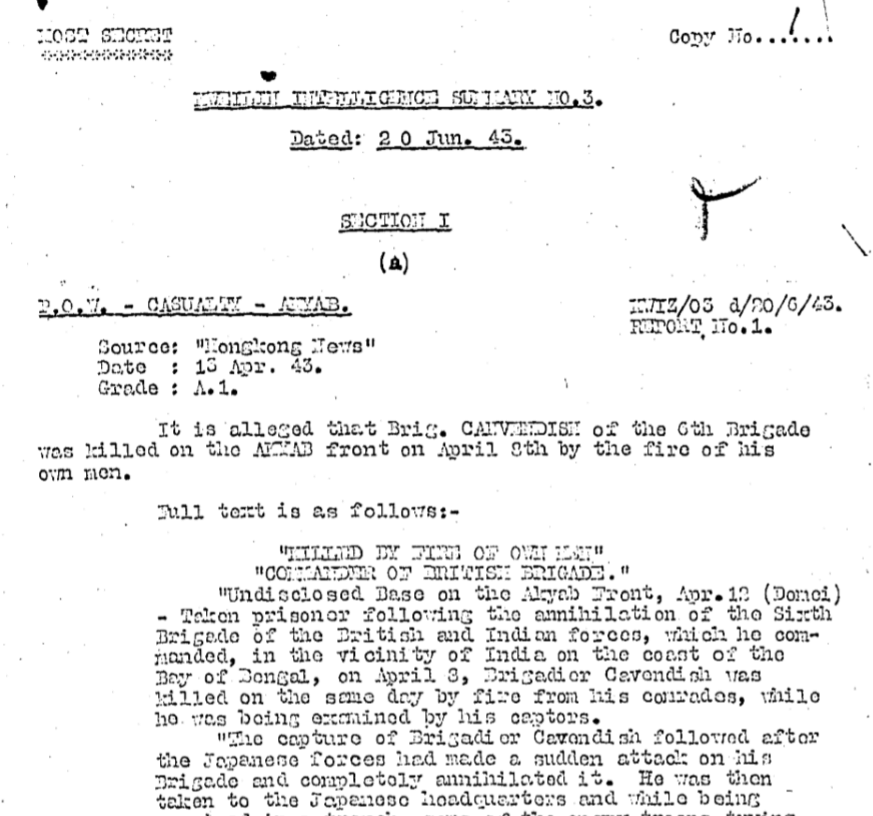 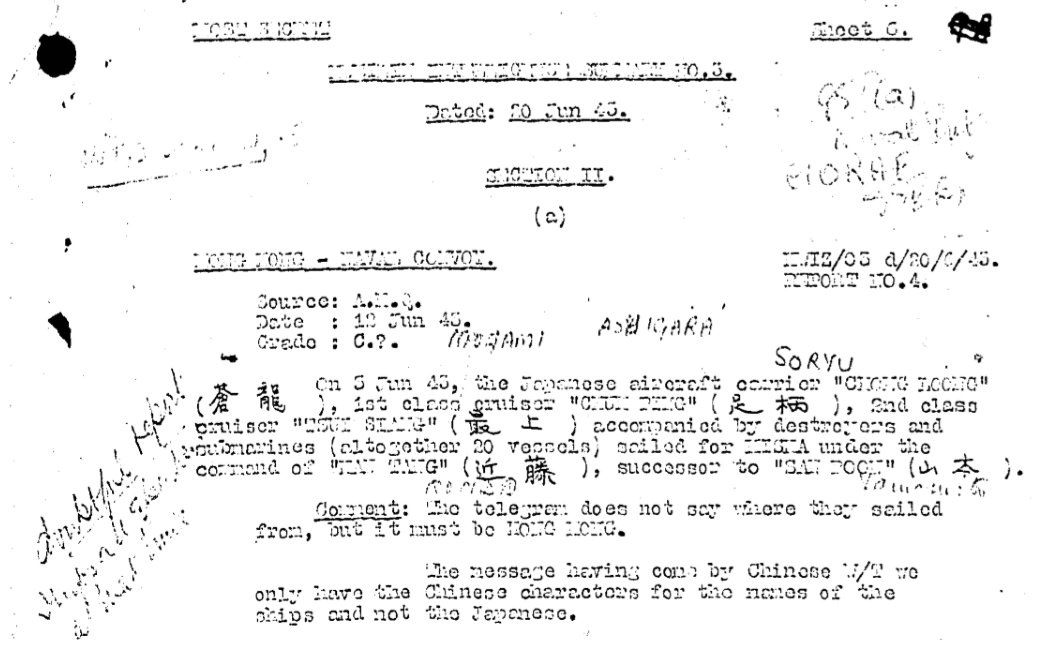 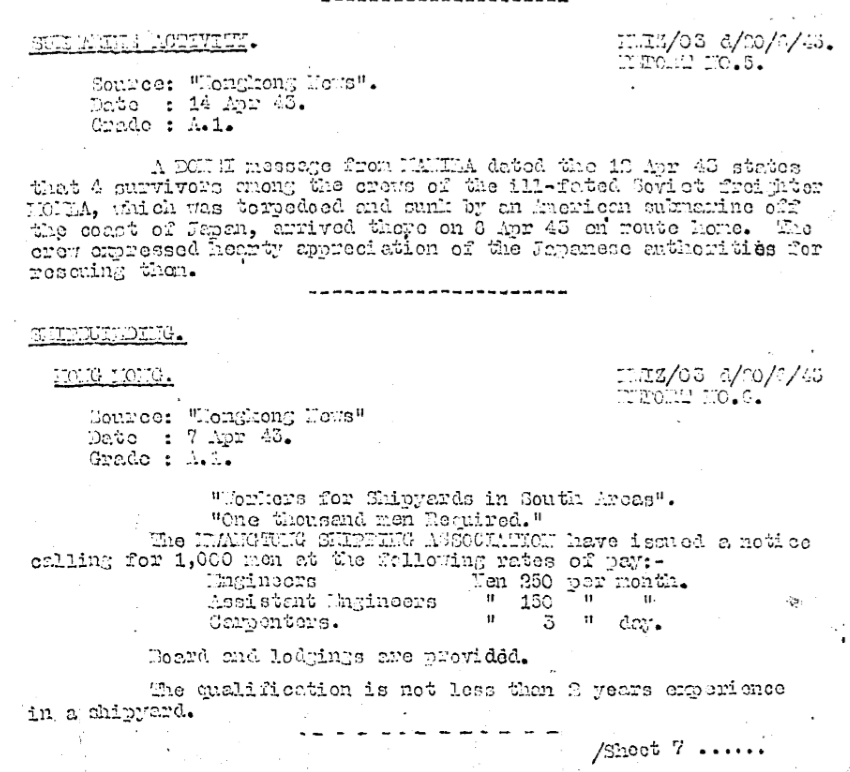 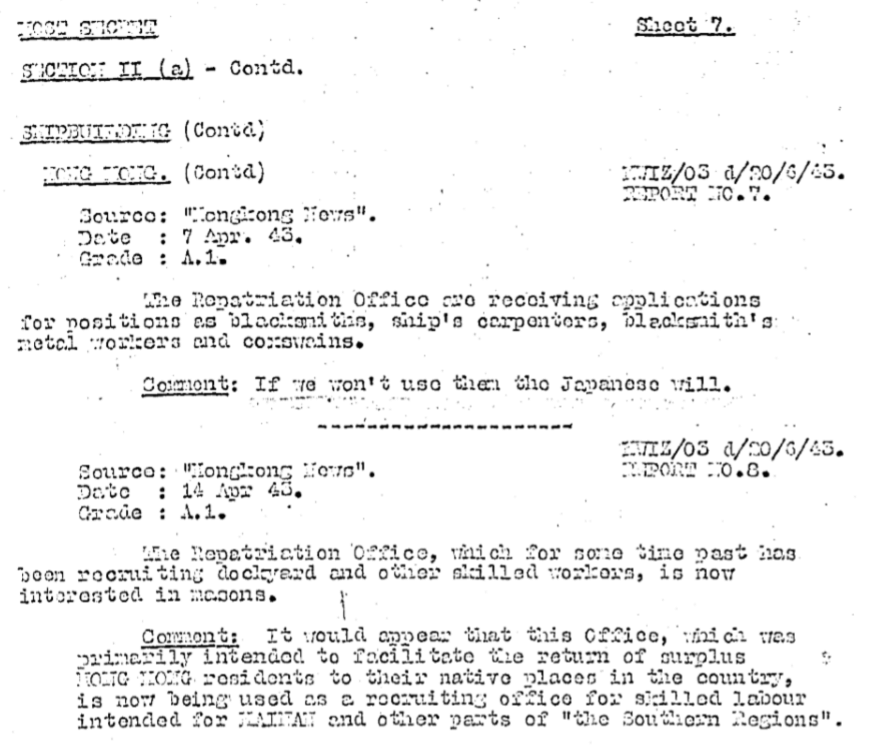 If you are interested in auxiliary sailing vessels, one of which is mentioned in the section of the report below, you will find further information in our article: 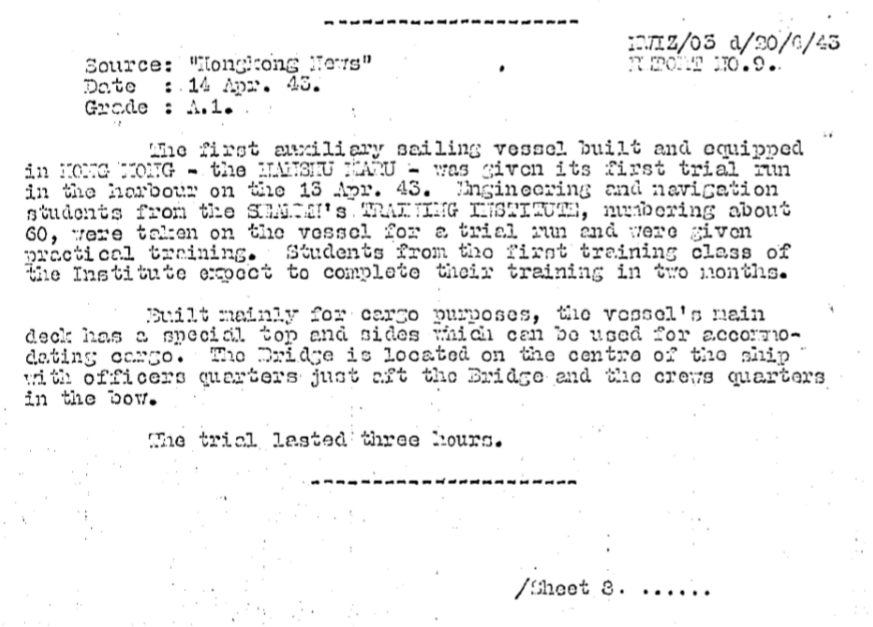 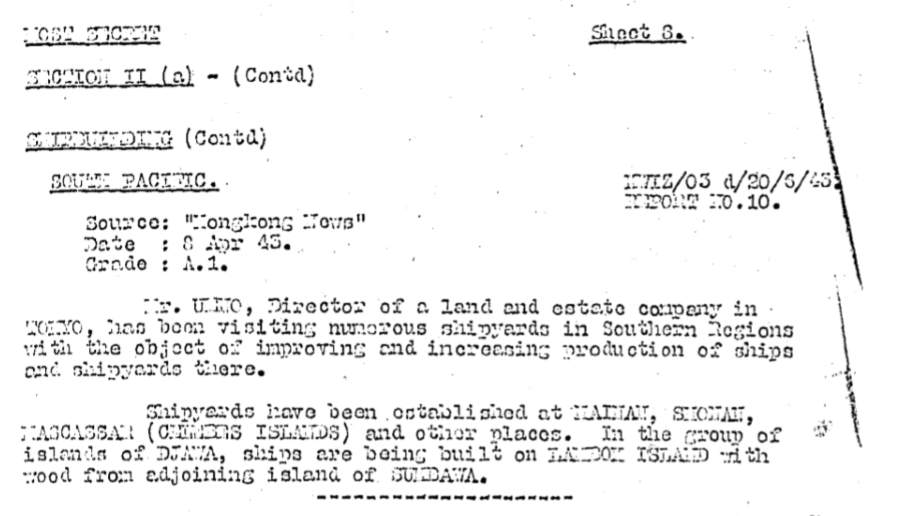 This article was first posted on 8th December 2018.

Our Index contains many more BAAG reports plus articles about Hong KOng in WW2 and during the Japanese occupation.