She has sent extracts from the Report, namely the first page and two pages of the Naval Section, which she suggests would be of most interest to us. Elizabeth adds that the Naval Section lengthens in later reports.

HF: If you are able to provide images of vessels or locations mentioned in this report or information about subjects mentioned which you think is relevant to our website I would be delighted to hear from you. 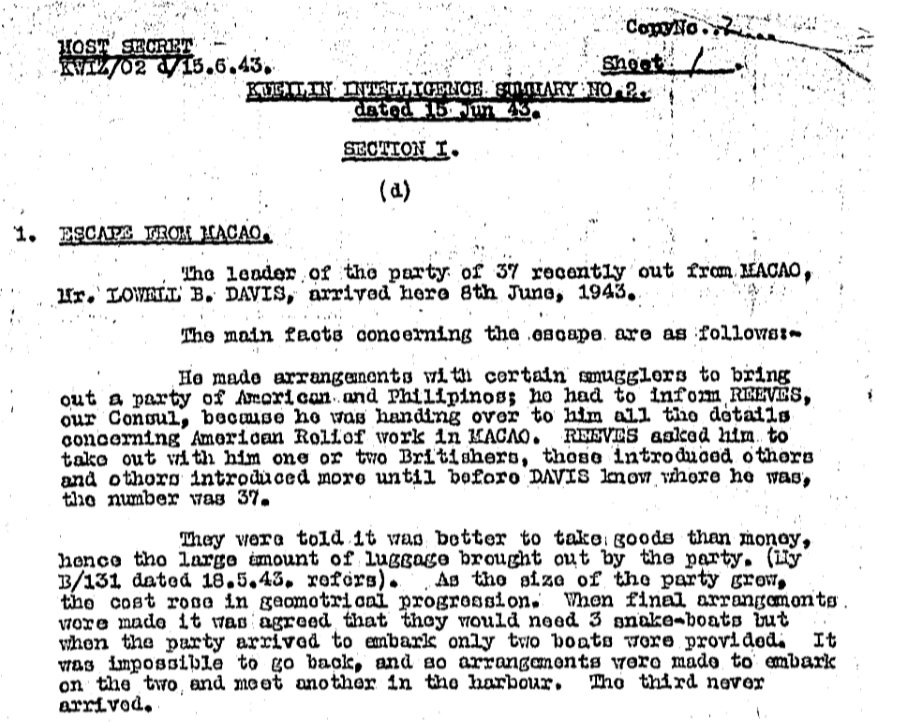 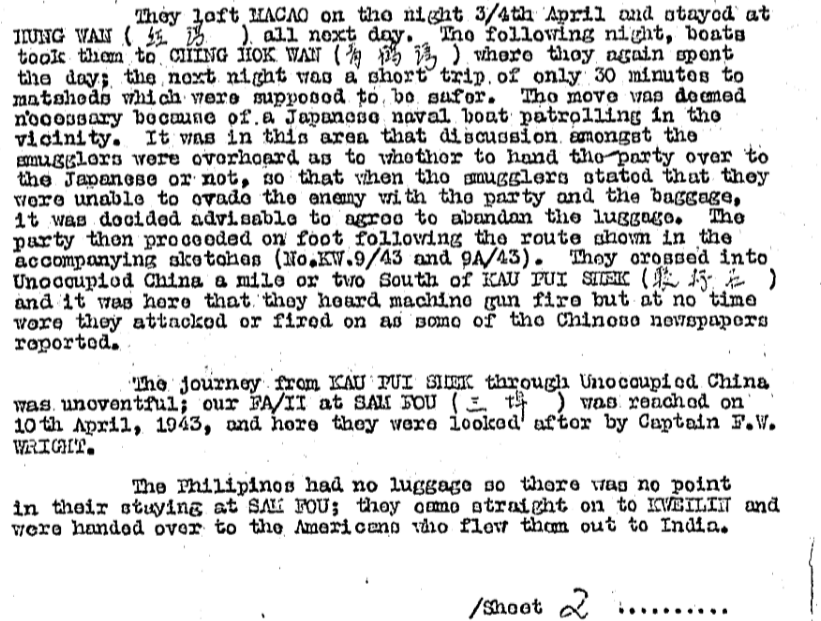 HF: I am assuming that the O.S.K mentioned in the first paragraph below, until corrected is the Japanese shipping line, Mitsui O.S.K. Lines (see wikipedia link below).

The Nanao Shipyard mentioned appears to have been part of the Mitsubishi Construction Co., Ltd. (3)

I can find no information about the Kinkai Motorship Company. 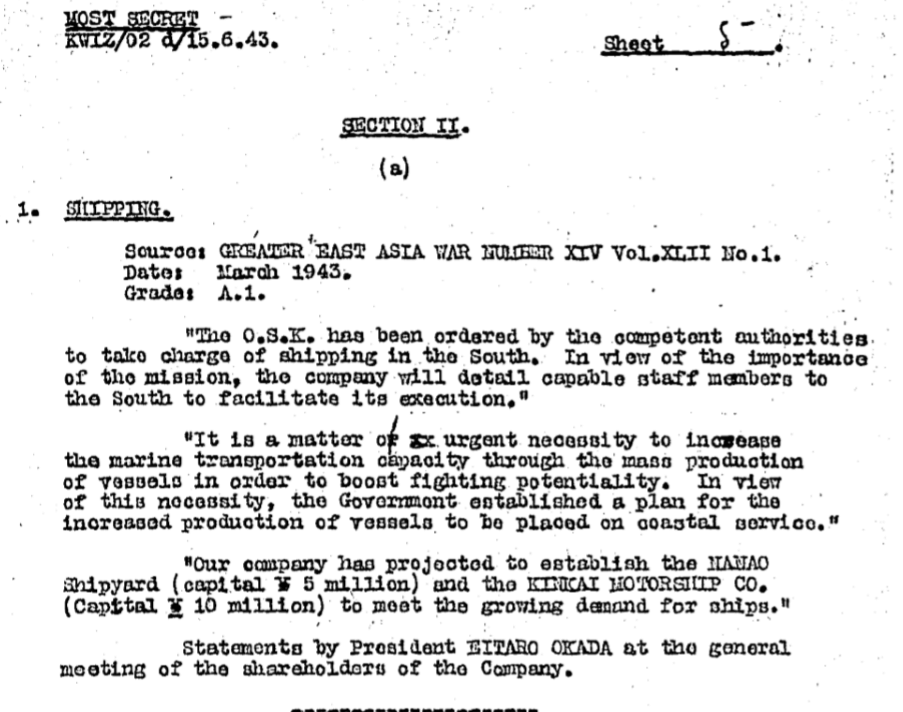 This article was first posted on 14th November 2018.