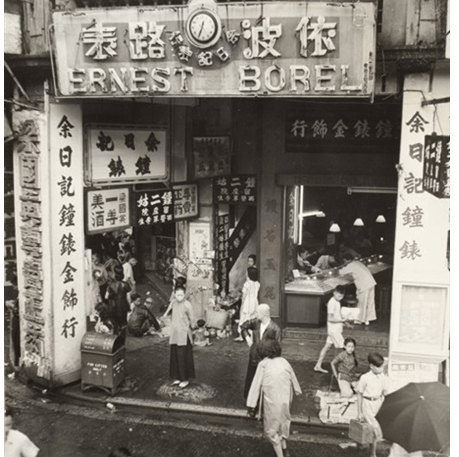 Yu Yat Kee Watch Co was one of the leading watch retailers in HK from the 1920s through the 1970s alongside firms, such as Lam Yuen Fong and Budson, which were covered in earlier articles, with Yu Yat Kee having at least six branches at its peak (not such a big number now but a record for its time). 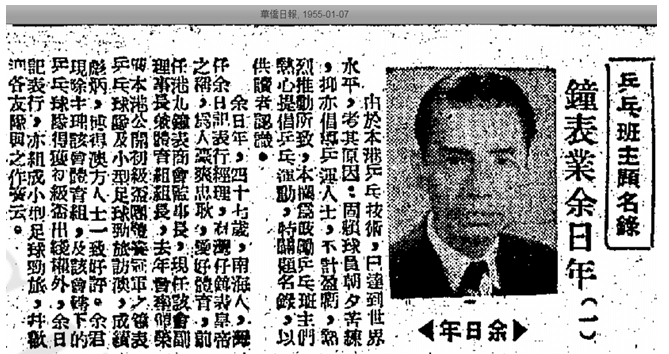 Article and picture of Yu Yat-nin as leader of the table tennis movement in HK (WKYP, 1955-1-7)

Yu Yat Kee was named after its founder Yu Yat-nin (余日年), a native of Nanhai who was born in 1904. In 1926, he founded the first Yu Yat Kee at 80 Des Voeux Road Central, next to the still standing Tak Wing Pawn Shop. During the Japanese occupation of HK from 1941-45, he relocated to Canton where he continued to operate. After the War was over in August 1945, he returned to Hong Kong where he restarted Yu Yat Kee at 187 Johnston Road in Wanchai and joined the Swiss firm of Desco de Schulthess& Co (達昌洋行, aka Desco) in October 1945 as its Chinese comprador for watches. (WKYP, 1958-4-5)

According to the Dictionary of Foreign Business in China, Desco traced its roots to Sulzer Rudolph & Co, which was founded in Zurich in 1889. The firm established its first branch in China in Shanghai in 1896 and primarily dealt in Chinese silk. By the mid-1940s, the firm was renamed Desco after F.G. de Schulthess took it over and the firm was a leading distributor of Swiss watches in HK and the Far East after the War, representing brands such as AidemarsPiguet (愛彼表), TAG Heuer and Certina (雪鐵納) withJ.A Furrer(傅振亞) as local branch manager. 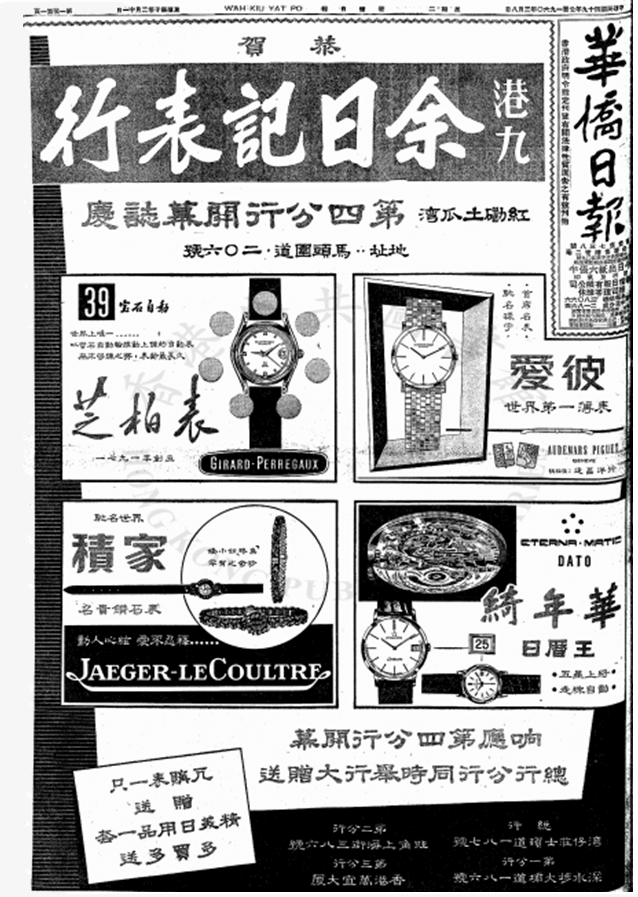 Beginning in the mid-1950s as the HK economy began to take off and more tourists started to show up, Yu Yat Kee began its branch expansion across HK and Kowloon. In 1955, it opened its first branch at 186 Tai Po Road in Sham Shui Po. The next year (1956), a second branch was opened at 386 Shanghai Street in Mongkok. When the Man Yee Building was opened in Central in 1957, Yu Yat Kee opened its third branch in the building. In March 1960, its fourth branch was opened at 206 Ma Tau Wai Road in Hunghom. In March 1962, Yu Yat Kee opened its North Point branch, bringing the total number of stores to six. In the 1960s, Yu Yat Kee’s main store on Johnston Road was being re-developed and as a result, the firm relocated to the ground floor of Hin Wah Building at 446 Hennessy Road in Wanchai in 1965. 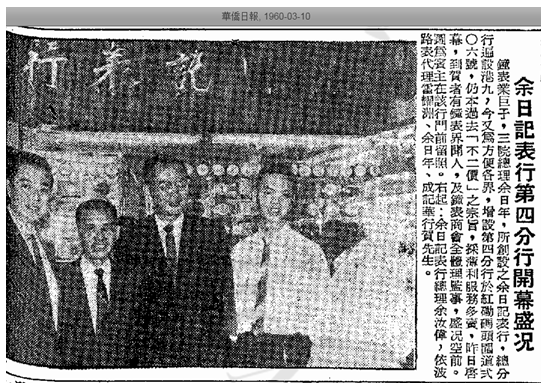 In 1966, Yu Yat-nin stepped down as sales manager of Desco HK after two decades. He also began to delegate the management of Yu Yat Kee in the 1960s to his son Yu Yu-wai (余汝偉), who like him was involved with the Federation of HK Watch Trade & Industries.Outside of watches, Yu Yat-nin was very active in the local sports scene, having served as vice chairman of the HK Miniature Football Association (Yu Yat Kee even had its own miniature football team in the 1950s) and the HK Table Tennis Association and was in charge of the football department of the Tung Wah Group of Hospitals when he was a director of the organization in 1958. As a firm, Yu Yat Kee Watch Co Ltd was incorporated in 1973 and dissolved in 1995. 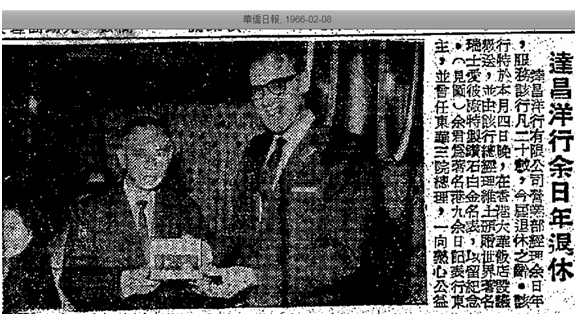