HF: The following article about William Jardine was written by Alain Le Pichon and first  published in the Dictionary of Hong Kong Biography, edited by May Holdsworth and Christopher Munn. The publisher, HK University Press, has kindly granted permission for it to be posted here, but retains copyright over this material from 2012.

Thanks to SCT for proofreading the retyped article. 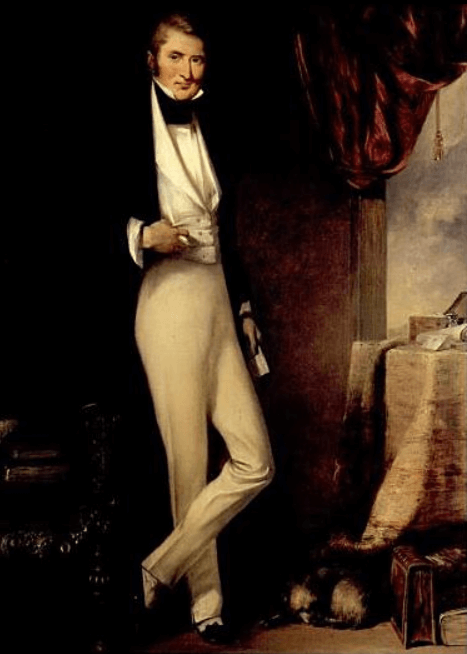 William Jardine was one of five children born to a family of small farm-holders in southern Scotland. His father died when he was nine. His elder brother supported him through his studies at Edinburgh, where he qualified as a medical surgeon at the age of 18. In 1803 he obtained an appointment as surgeon’s mate in the Brunswick. an East India Company ship. For the next 14 years he remained in the Company’s employ and rose to the rank of surgeon. Using his ‘cargo privilege’ – an amount of cargo space appropriate to his rank – to trade on his own account, he dealt in cassia, cochineal and musk, and developed a sense of what sold well, where, and for what profit. 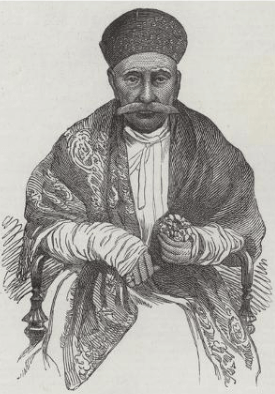 In 1817 Jardine resigned to become an independent trader. He formed a joint venture with Thomas Weeding, also a retired East India Company surgeon, and Framjee Cowasjee, a Bombay Parsee who exported Malwa opium and Indian cotton to China. Jardine soon gained a reputation for enterprise and commercial acumen. In 1825 he was invited to join Magniac & Co., one of the two most successful agency houses in Canton. His arrival  brought not only fresh blood to the old firm, but also new business. When James Matheson also joined the partnership in 1828, Magniac & Co. effectively became Jardine, Matheson & Co., although the actual change in name was not formalised until 1832.

With a robust constitution and a conscientiousness nurtured by his Calvinist upbringing, Jardine would get up early and was suspicious of rest or recreation, work tirelessly in the firm’s Canton factory, and devote several hours of the night to his correspondence. He hated idleness and was suspicious of rest or recreation. A man of few words, he always maintained a dignified composure in the course of business. He had an uncommon sense of what he owed to himself, and his extreme high-mindedness made it hard for him to sympathise with men of weaker character or feebler purpose than his own. He had no time for private life and remained a bachelor to the end. During his time in Canton he accumulated capital of £300,000, a fortune comparable to that of the wealthiest City gentlemen of the day.

Jardine made an important contribution to the development of trade between the west coast of India, China, and Britain. At the time, a substantial part of the India-to-China trade was in opium, but commercial channels also became established in other articles such as tea, cotton, silk and financial instruments. Jardine’s friend and business associate, the rich Parsee trader Jamset Jejeebhoy, carried opium as well as bales of raw cotton in his vessels from Bombay. All this contributed to the development of prosperous mercantile communities in Bombay, Canton and later Hong Kong. Jardine’s development of a fleet of wholly owned ships to ensure better control of the firm’s business along the China coast was an entirely new concept at the time. By the time he left China for England in January 1839, the old-world agency house he had co-founded was on its way to becoming a modern trading firm – and one that was to play a prominent role in commercial life in Hong Kong. 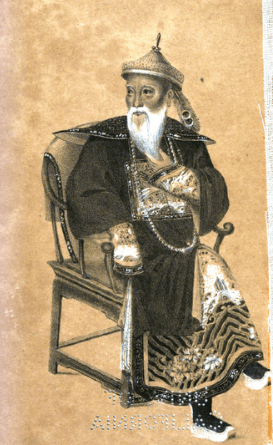 When Jardine arrived in London in September 1839, the Opium War had started. He became a champion of the British China merchants in their attempt to obtain compensation from the British government for the loss of their £2 million worth of opium stocks – the 20,283 chests of opium surrended to Commissioner Lin Zexu by order of Charles Elliot. Jardine formed the view – a view not shared by James Matheson – that this financial disaster was the result of Elliot’s weakness and incompetence. Once his lawyers confirmed that the official opium receipts which Elliot had signed and handed to the stock-owners against delivery of their opium were binding on the government, Jardine spared no pains to press the government for early payment. Through the good offices of his well-connected business friend John Abel Smith, he was invited to attend several meetings with Lord Palmerston, the Foreign Secretary. There is no doubt that Jardine’s Whig sympathies and detailed knowledge of the China coast made a favourable impression on Palmerston. The naval strategy first suggested by Jardine at one of these meetings was eventually broadly followed by Sir Henry Pottinger during the decisive 1842 Yangtze campaign. Palmerston’s decision to send a force to China was, however, prompted by financial realism. He saw no way of persuading Parliament to release funds to compensate the opium merchants, and yet the British government’s obligation to compensate them had to be discharged. The only way out of this conundrum was to make the Chinese pay. This meant winning a war.

in 1841 William Jardine stood for Parliament in the general election and was returned a Whig Member for Ashburton in Devon. With the purchase of the Lanrick estate in Perthshire, he became a large landowner and acquired all the attributes of a country gentleman. But his health declined rapidly at the end of 1842. In August 1843, six months after his death, the British Treasury finally started making payments on Elliot’s opium receipt out of the cash proceeds from the Treaty of Nanking.