HF: Universal Dockyard Ltd  is situated at 44 Ko Fai Road which is the extreme NW corner of the Yau Tong reclamation.

(It appears to have been also known as Tai Yuen Shipyards though I can find  nothing about this company. Can anyone supply any information about it?)

I have found out almost nothing about the company. Judging by these photos I took on 25th September 2014 it is no longer functioning at least at this address, though it is the only I have found.

Having looked at a couple of maps I now see that to the immediate East of the building shown is an oblong shaped marine area divided into about four areas each about 80 metres long running from the shoreline almost up to Ko Fai Road. These seem to be slipways. However a) they were hidden behind a fence along the Road and I think also between them and the company building and b) I think they have been those of the Yau Wing  Shipyard whose main building runs parallel to Ko Fai Road on the google map shown below.

The Dockyards is supposed to have been involved both as shipyard and ship repairs.

It was awarded a contract  to build temporary ferry piers and berthing structures at Chek Lap Kok on 6th June 1994 for HKD46.40 million 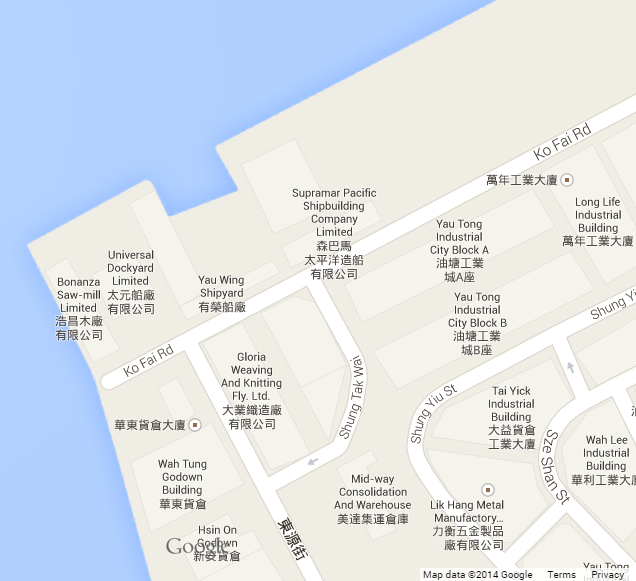 The ‘slipways’ on the two maps I looked at extend right up to the Yau Wing Shipyard building running along Ko Fai Road.

I took these photos on 25th November 2014, the first one from the 3/F of the Union Industrial Building, 27 /Ko Fai Road. 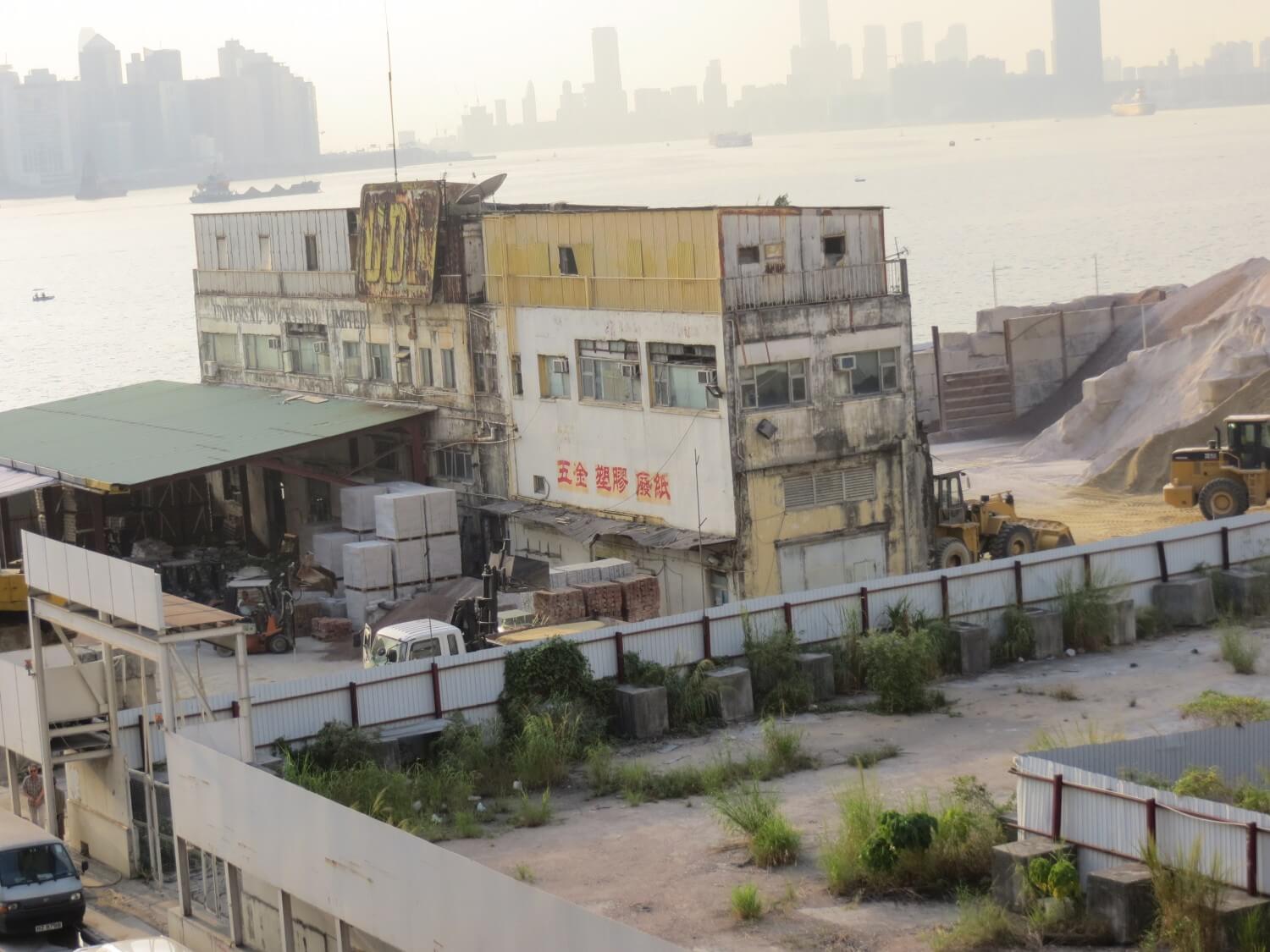 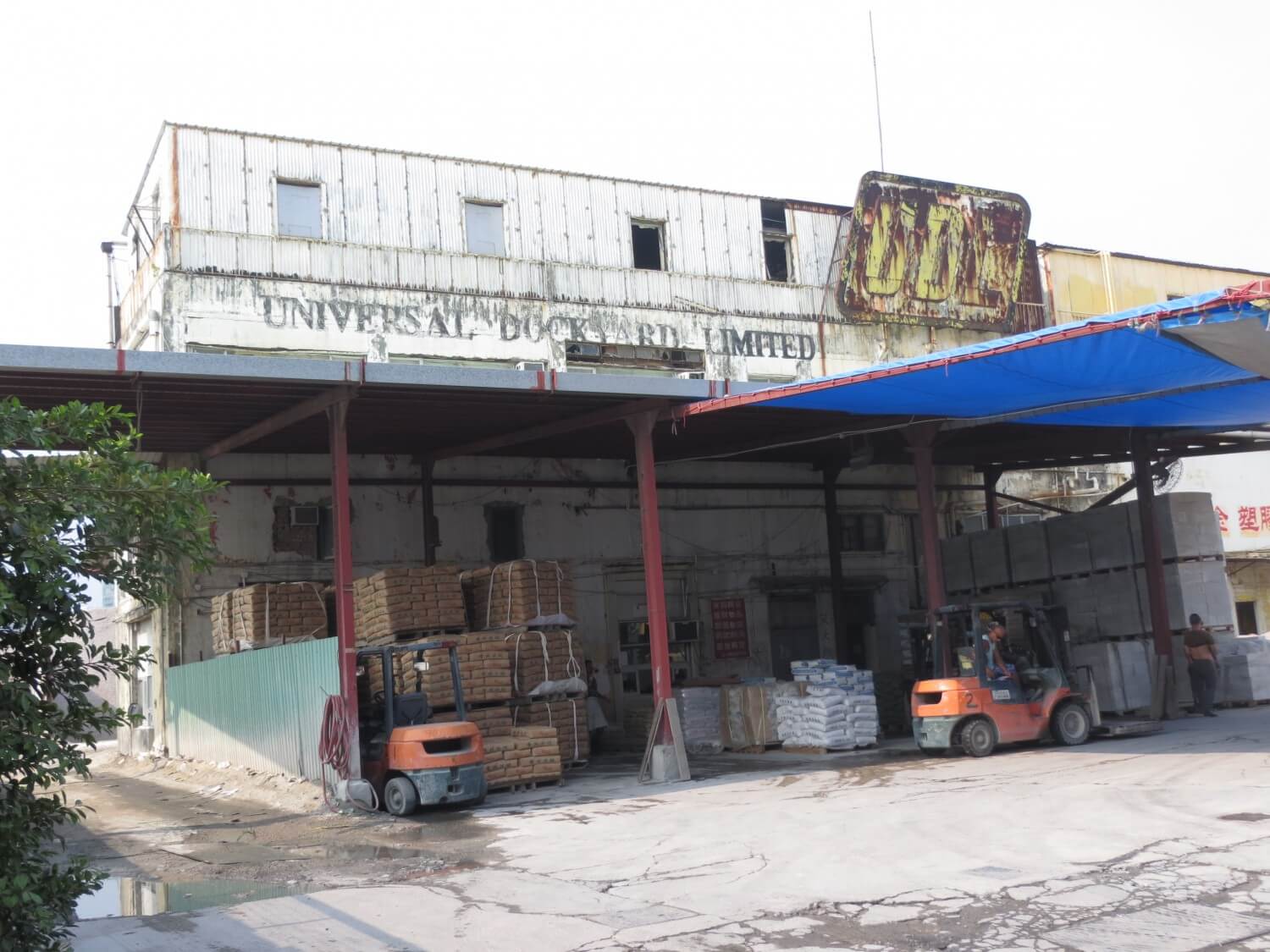 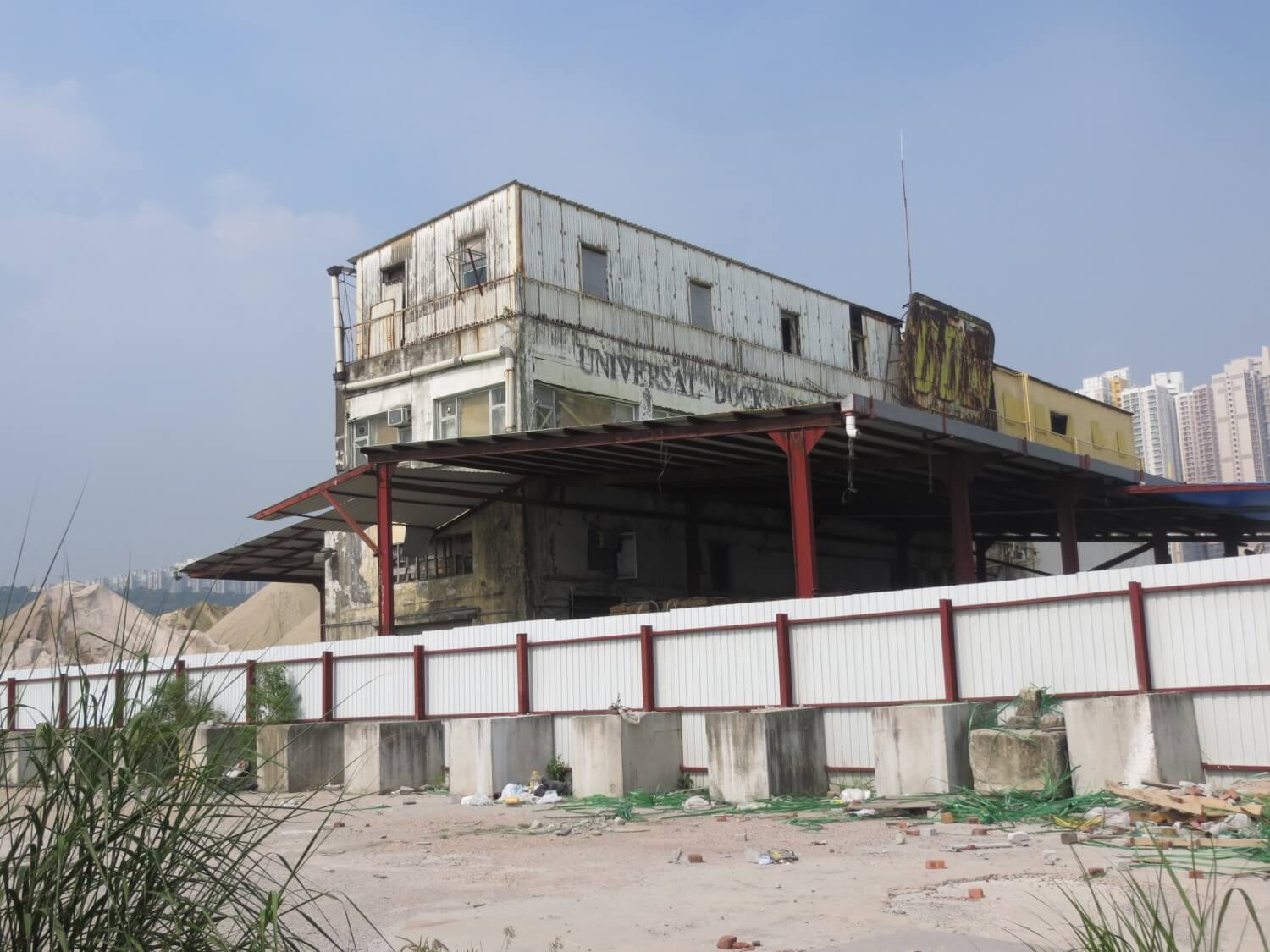 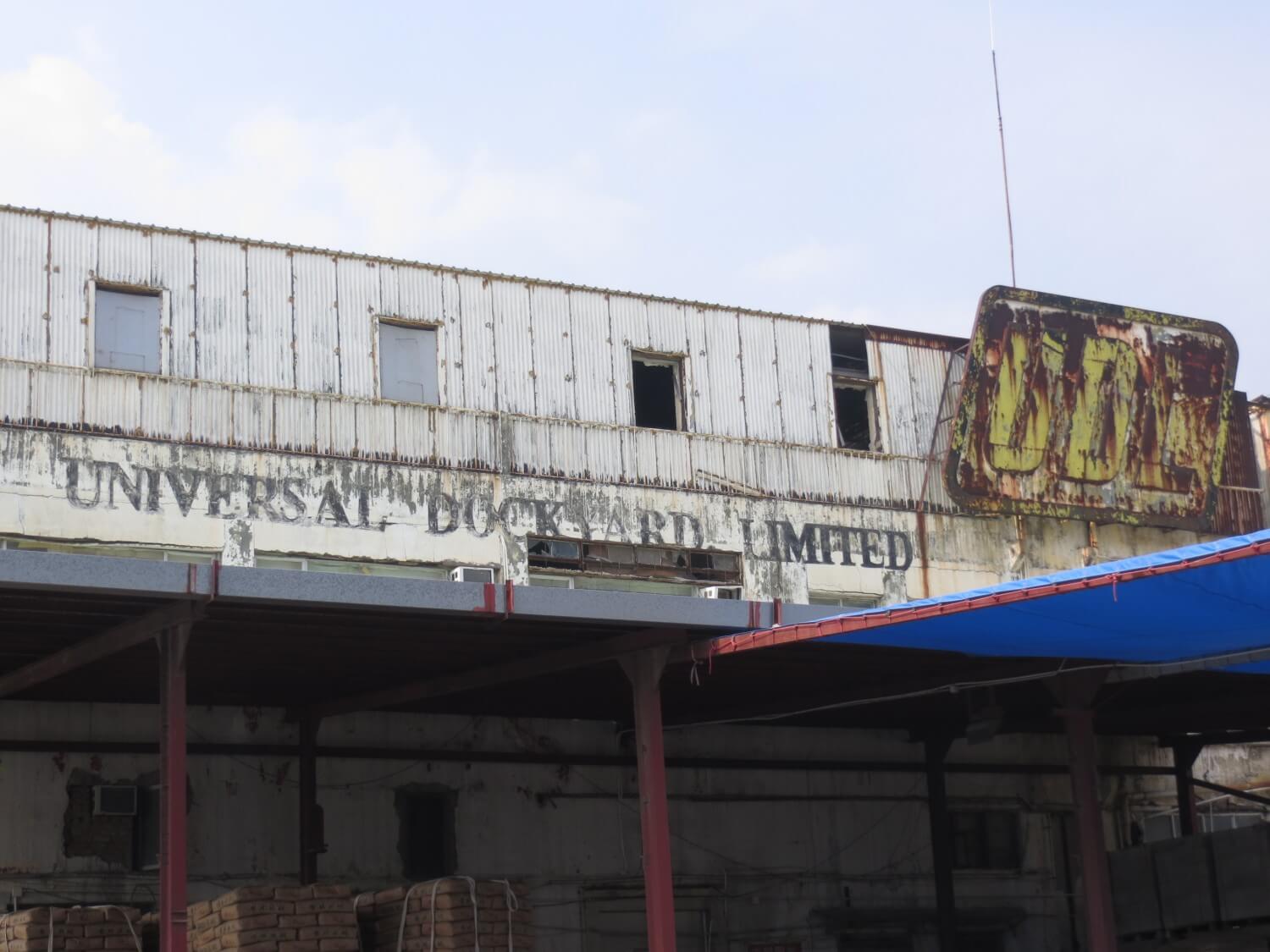 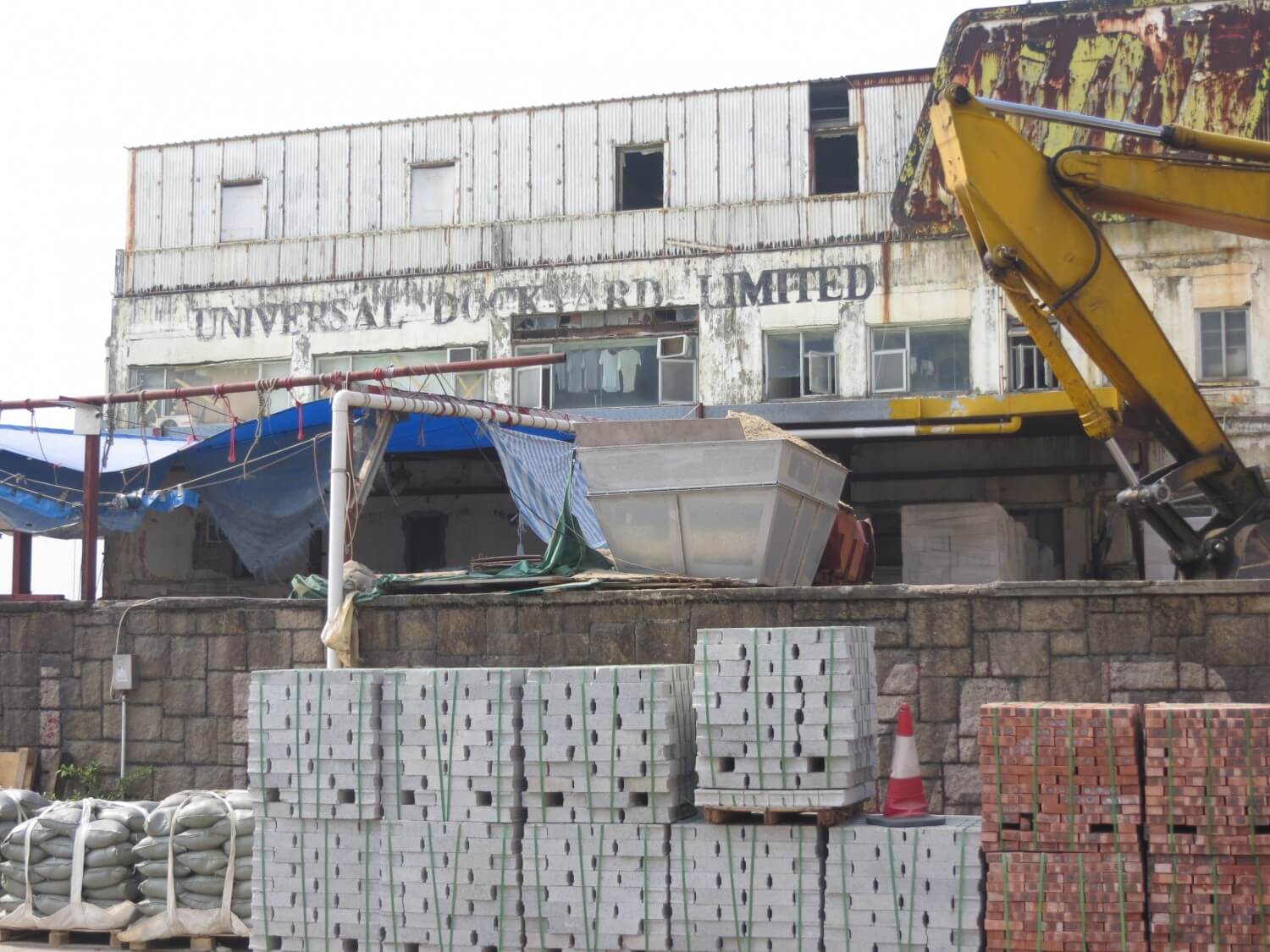 This article was first posted on 17th November 2014.