HF: THe Audit Commission’s Report 41, published in October 2003 includes chapter 8 titled, The acquisition and clearance of shipyard sites. This appears to have been undertaken on behalf of the Lands Department and Civil Engineering Departments. The report is dated 18th October 2003.

The report begins with a summary which states: The Government may acquire land for public purposes either by resumption of land, or by negotiation with the landowners for the surrender of land. For land let out under a short term tenancy (STT), the Government may terminate the STT so as to acquire land for public purposes. in 1997, the Government resumed 6 leased shipyard sites and terminated 15 STTs at North Tsing Yi, Kwai Tsing (hereinafter referred to as the NTY shipyard site) for the consruction of district open space and government/institution/community facilities. [resulting in the construction of Tsing Yi Northeast Park] In 2001, the Government aslo negotiated with the lessee for the voluntary surrender of a leased shipyard site at Penny’s Bay, Lantau (hereinafter referred to as the PB shipyard site) for the future development of a theme park project. Audit found that the Government incurred significant cocts of clearance and decontamination of the sites after their acquisition (paras 1.1 and 1.2).

HF: On a personal note, when i first visited the Tsing Yi shipyards around 25 years ago they extended along almost the whole of the island’s northern coastline. When I was last there around 6 years ago all that remained were those indicated by the arrow “relocated shipyards” in the aerial photo shown below.

Here is the section of the Report published in October 2013. 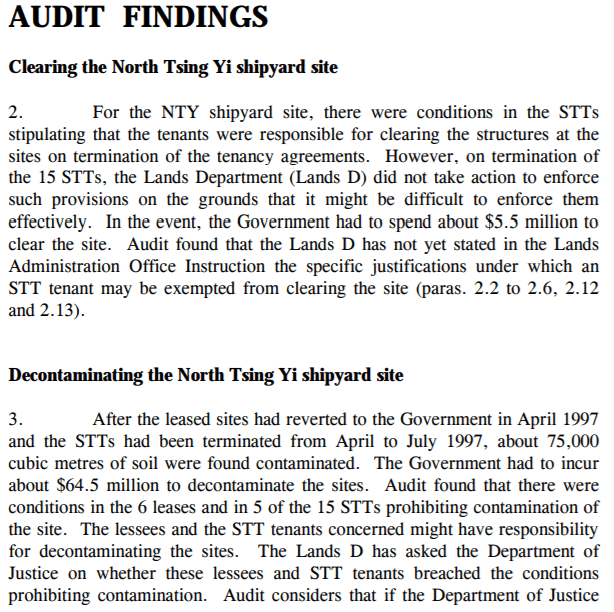 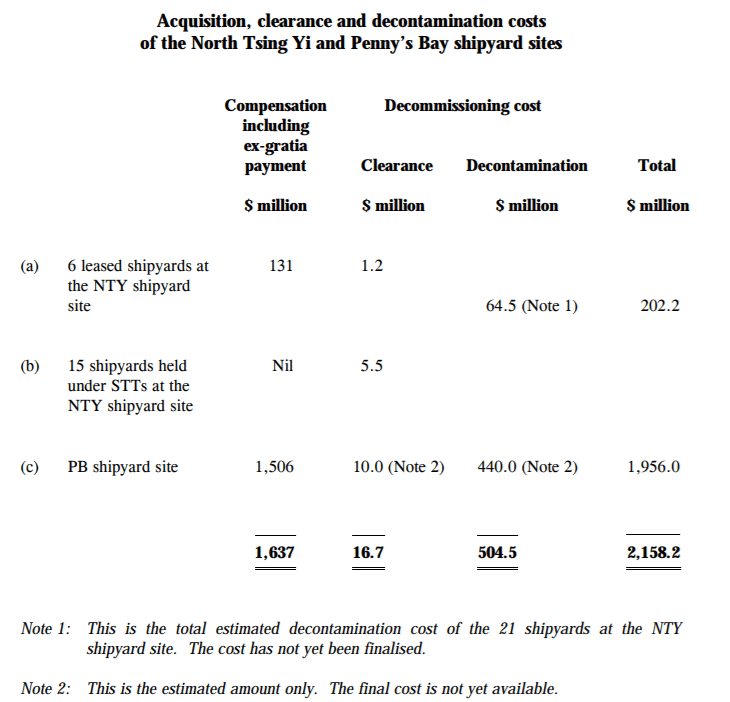 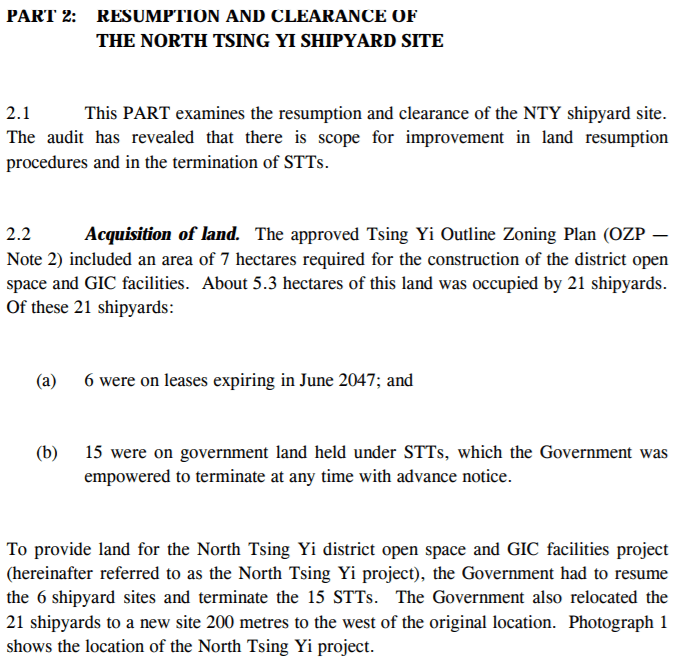 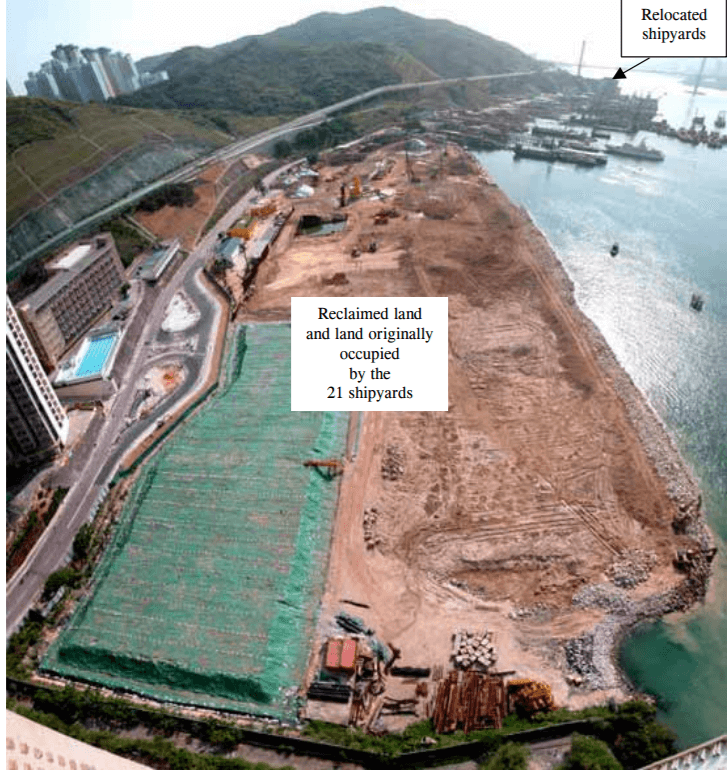 Source: The Civil Engineering Department’s records of April 2003. The top of this photograph is direction south-west 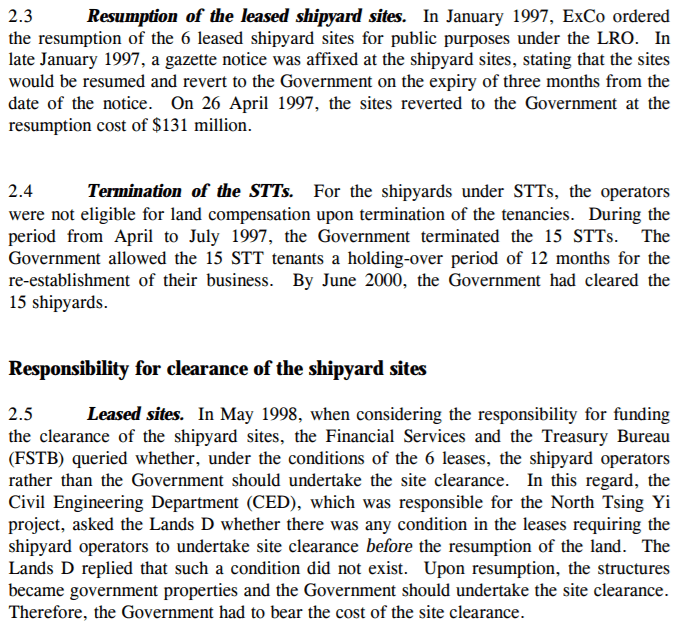 The full report can be seen by clicking the source link below.

Source: The acquisition and clearance of shipyard sites – the full report