During the heyday of the HK enamelware industry between the 1940s and 1960s, Union Ceramic Industries (一心搪瓷, hereafter referred to as UCI), the maker of Heart Brand enamelware, had the distinction of being the only enamel factory in Hong Kong which was not Shanghainese owned or operated and also the only one which was founded by a US trained research scientist. 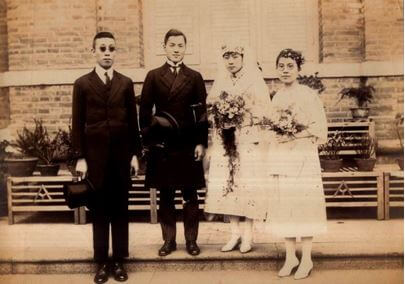 UCI was founded in December 1946 in Hong Kong by Dr. Cho-Yuan Lin (林卓園), who was previously an engineer in the ceramic industry in the United States.

When Lin was a student at Yenching University in Peking in 1931, the Japanese annexed Manchuria. This prompted him to become an active student leader in the movement to boycott Japanese goods and promote the development of Chinese industries.

After he received his MS in chemistry from Yenching in 1934 (one of his classmates was the famous physicist Luke Yuan Chia-liu, grandson of Yuan Shi-kai and husband of  nuclear physicist Wu Chieng-hsiung) [i], he proceeded to study in the US and received his PhD from Penn State under Professor Nelson W. Taylor (1869-1965), who headed the school’s Department of Ceramics from 1933 -1943 and established its College of Earth and Mineral Sciences as a major center for ceramics research. The two had jointly published a scientific research paper in 1941 in the Journal of American Ceramic Society. The duo were listed as affiliated with Ingram-Richardson, a pioneer and a leader in the porcelain enamel industry in the US at the time.[ii] 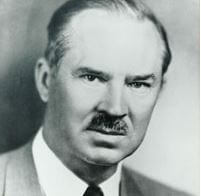 The original UCI plant was located at 202-212 Yee Kuh Street in Kowloon and at first it primarily made aluminum products until July 1948 when it began production of enamelware with advanced equipment imported from the US. The initial enamel products were mostly plates that were sold domestically and also in Southeast Asia. The factory’s daily production output was around 500-600 dozens.[iii]

To differentiate from its competitors, the founder’s technical background was highlighted in marketing materials, specifically the fact that its enamel was acid resistant and non-poisonous thanks to technology that was first developed by Lin in the US in 1945.

In 1951, its factory experienced labor issues and was closed for a while. As the business grew in the early 1950s, production was moved to a 37000 sq ft site at 443 Texaco Road in Tsuen Wan. According to a 1956 article, the factory had 3 kilns and the production line covered every step from raw material to finished goods. It could produce HK$120,000 worth of enamelware every month and the emphasis was on quality over quantity – using metal which were 31-32 tons thick. The company’s U brand and Heart brand enamelware were sold in Central and South America, Africa, Middle East, Australia, Ceylon and Pakistan.[iv]

Lin also taught at New Asia College as a lecturer in chemistry and was assisted at UCI by his son C.C. Lin (Chuen Cheung) and Dr S.Y. Liang (梁受欣), a graduate of Lingnan University in Canton who later earned his doctorate in international relations from New York University.

UCI was dissolved in 1968, one year after the riots.