“… Macau Aerial Transport (MAT) was the first commercial airline company to be established in Macau or Hong Kong. [Founded by Charles de Ricou he] found it wise to set up MAT as a British company but public opinion in Macau was generally against having yet another ‘foreign’ enterprise in their midst. The Government of Macau, however, sensing the obvious merits of de Ricou’s proposed enterprise, decided to make him an offer. They would agree to grant him an operating license, provided the company would be Portuguese, would have no less than four aircraft ready at all times, should the need arise, for military use and would also establish an aviation school to be supervised by Portuguese military personnel appointed by the Governor. In exchange, MAT would have the use of land, a slipway for launching aircraft and a hangar for maintenance and storage, for an annual fee of only 1,200 patacas.

Many thanks to IDJ for sending the article.

Charles de Ricou welcomed this offer considering it a great victory. The stage was set for the launching of his great enterprise and he now had twelve aircraft on order to begin the passenger service between Macau, Canton, Hong Kong and other cities in the region as well as an agreement with the Post office to carry airmail.

To generate public interest in Hong Kong an inaugural celebration was planned for the new company in Repulse Bay. The date set was 3 June 1920 for the famous ‘Air Days’ celebration. The Hong Kong Governor Sir Reginald Stubbs was in attendance and was taken up in one of the seaplanes piloted by de Ricou himself.

Despite the promising beginning and the best efforts of Charles de Ricou, however, MAT was never to carry commercial passengers or mail…” 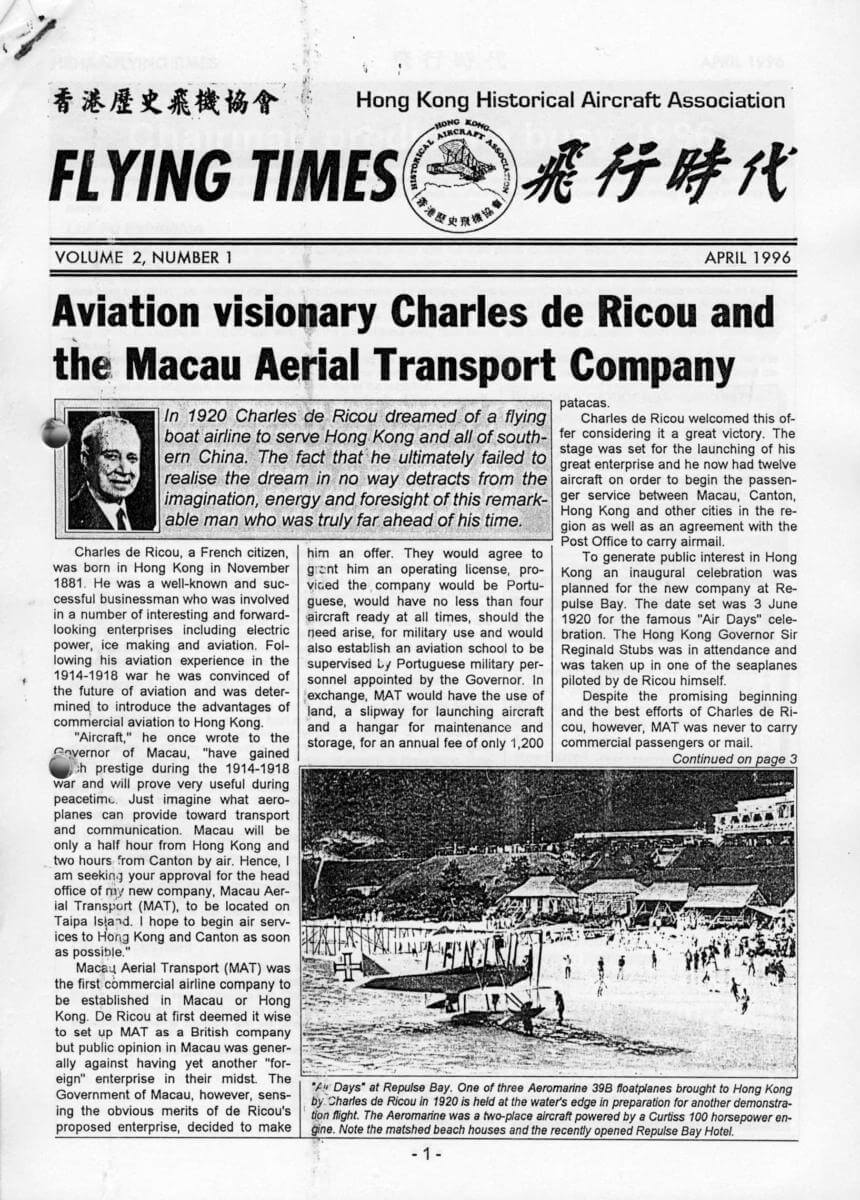 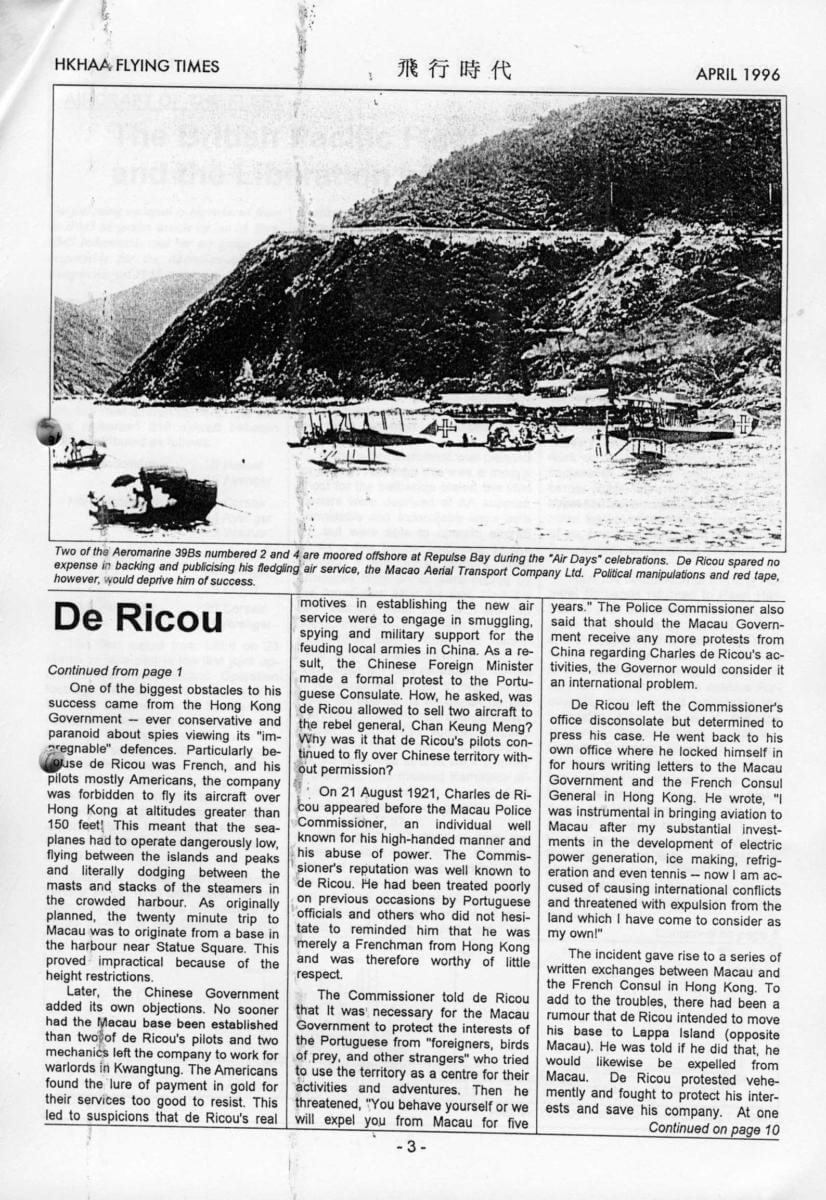 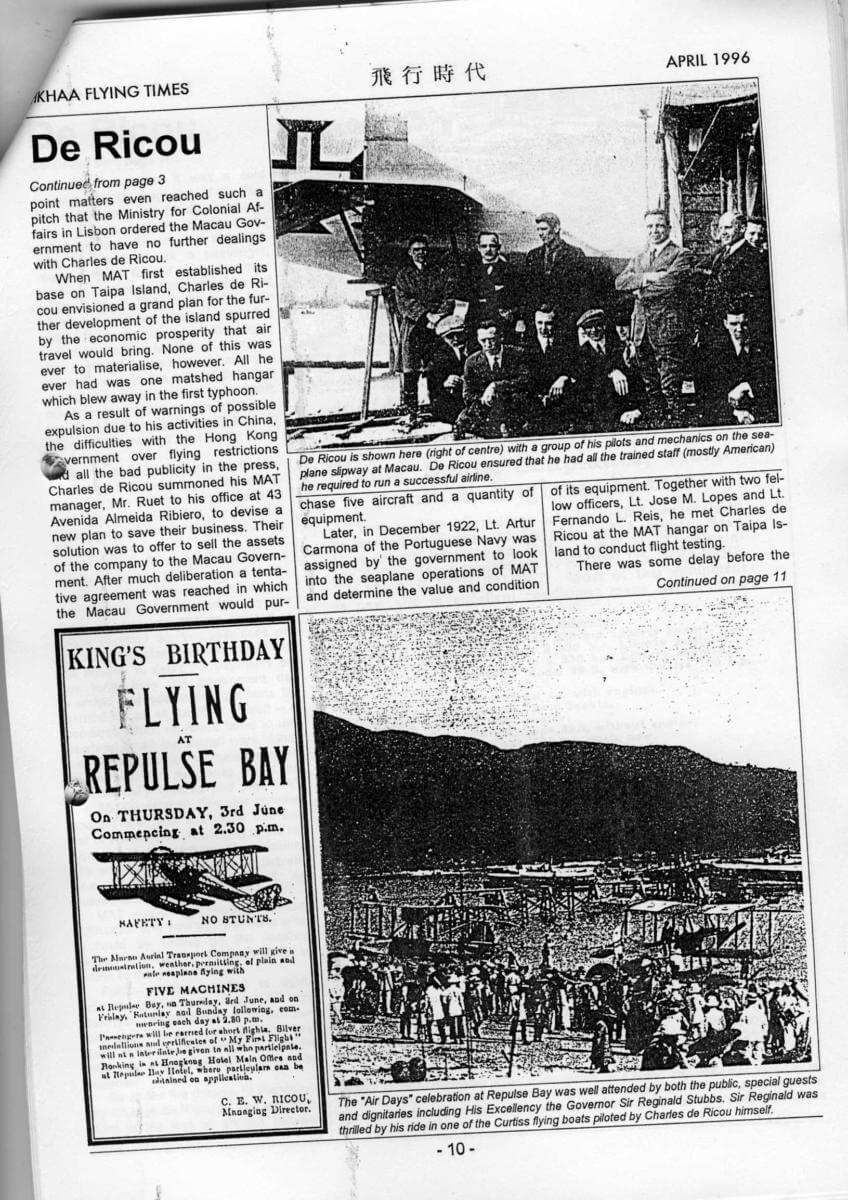 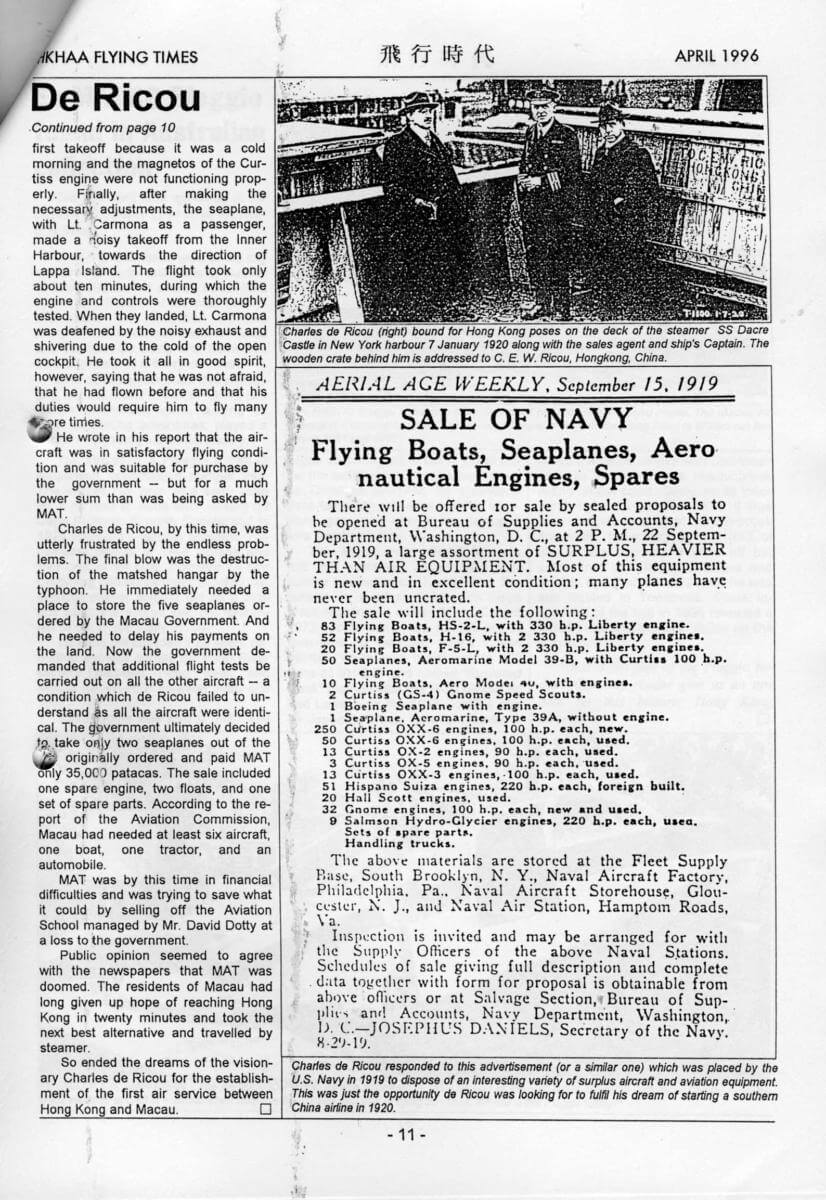