IDJ has sent a series of articles about early managers at Taikoo Dockyard. This first article predates the appointment of the first manager Philip Forster Nicholson in 1907:

Adapted from the source below: Early in 1902 before the company was ready to commence operations it was decided to engage a leading Civil Engineer from England to take charge of the construction work, and Mr. D. Macdonald, M.Inst.C.E., who had previously been in charge of the Dover Harbour Works, was engaged as Chief Engineer and went out to Hong Kong in 1902.

MacDonald was responsible for the preparatory work of laying out the site and constructing the dry dock.

A full account of MacDonald’s work can be found in Tai Koo Dockyard – 1911 detailed technical article covering its construction, linked below. 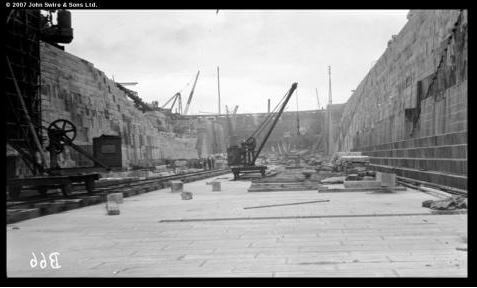