HF: The Tai Lam Chung Reservoir was the first reservoir built in Hong Kong after the Second World War. Construction work commenced in 1952, was completed in 1957 and  officially opened by the Governor, Sir Alexander Grantham on 7th December of that year. The reservoir, with a storage capacity of 20 million cubic metres, was formed by a main dam across the Tai Lam Chung Valley, with three subsidiary dams across an adjacent small valley.

These images have been extracted from an article about Quarrying in Hong Kong since World War Two posted on the Lord Wilson Heritage Trust website and linked below.

Many thanks to IDJ for improving the quality of the original images. 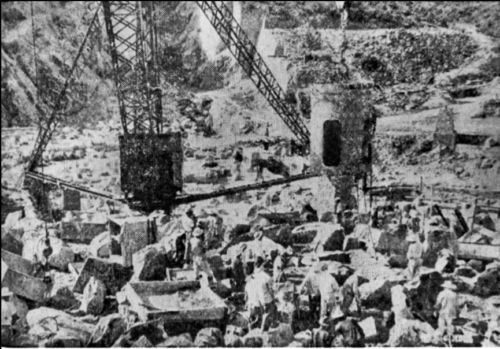 IDJ suggests regarding the above photograph:
The crane appears to be attached to a drag-line bucket on the left hand side. See line and hook .
On the right, the cylindrical device may be a compressed air percussion hammer used for breaking large rocks.
It is also suspended by a crane hook, presumably from a crane out of shot 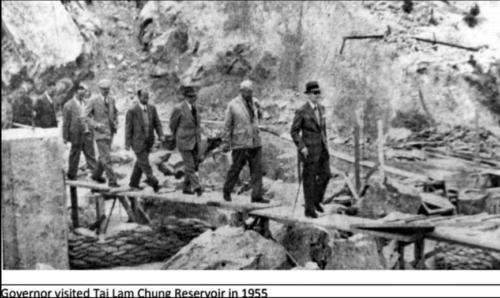 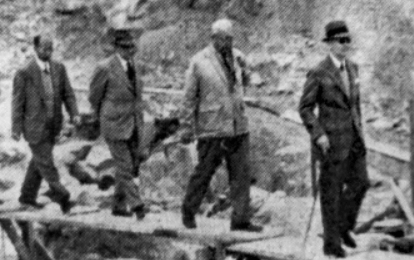 This article was first posted on 3rd January 2018.

Our Index contains many articles about reservoirs in Hong Kong.