HF: IDJ has sent several photos. As interesting as the ships themselves, ready to be dismantled, are the backgrounds showing Kwun Tong and Cheung Sha Wan in May 1963.

Ship building and ship breaking were once two major industries in Hong Kong, of world importance and employing large numbers of people.  There are a few small shipyards still left, mainly for repair and maintenance. Ship breaking has vanished.

Hugh Farmer writes: This article is from  the Journal of the Geographical, Geological & Archaelogical Society March, 1961. Founded in 1955 the society is one of the oldest continuously functioning societies at  The University of Hong Kong.

Ship-breaking in Hong Kong goes back to at least 1861 when the Bombay (Mumbai) built Minden was sold for demolition here. The industry was at its peak in the post WW2 period which the article documents in some detail. In 1961 when it was written there 23  ship breaking companies registered with the Marine Department, representing a total investment of HKD100 million and employing over 4,000 people.

Between 1947 and 1950 the industry mainly relied on war wrecks from HK harbour, in 1949 and 1950 unwanted “Liberty ships” were broken up. By 1959 HK had the largest ship breaking industry of any port worldwide and ships were being brought here faster than they could be dealt with.

The ship breaking mentioned in the article began in Cheung Sha Wan followed by Ngau Tau Kok, Gin Drinkers Bay (which has now disappeared under the container terminal opposite Tsing Yi), and Tsing Yi itself as indicated on the delightful map. However, ship breaking also took place in Kowloon Bay, Kwun Tong ,Tsuen Wan and Junk Bay (Tseung Kwan O).

The article mentions that most of the scrap metal went to Japan for re-smelting. However, and of great interest to us, also that most of the non-ferrous metals were “absorbed by local industries such as shipyards, clock makers, thermos flask and torch makers”. 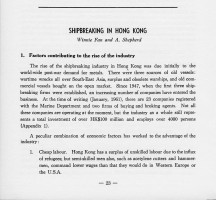 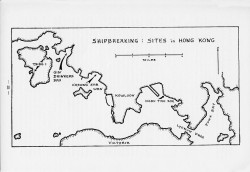 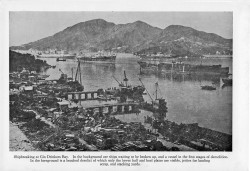 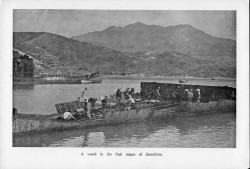 HF adds: Apparently all WW2 wrecks were cleared from HK harbour by Sept 194.7

HF adds: “The ‘system’ was that a series of lines were painted on the hull [of each ship], with a payment due at each line”. (Flynn)

IDJ has kindly sent these photos: 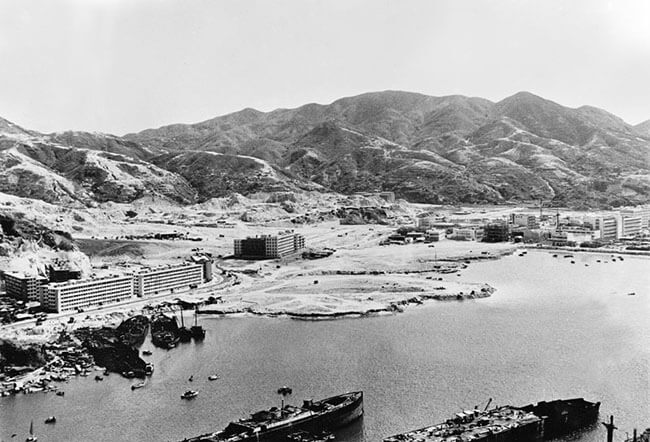 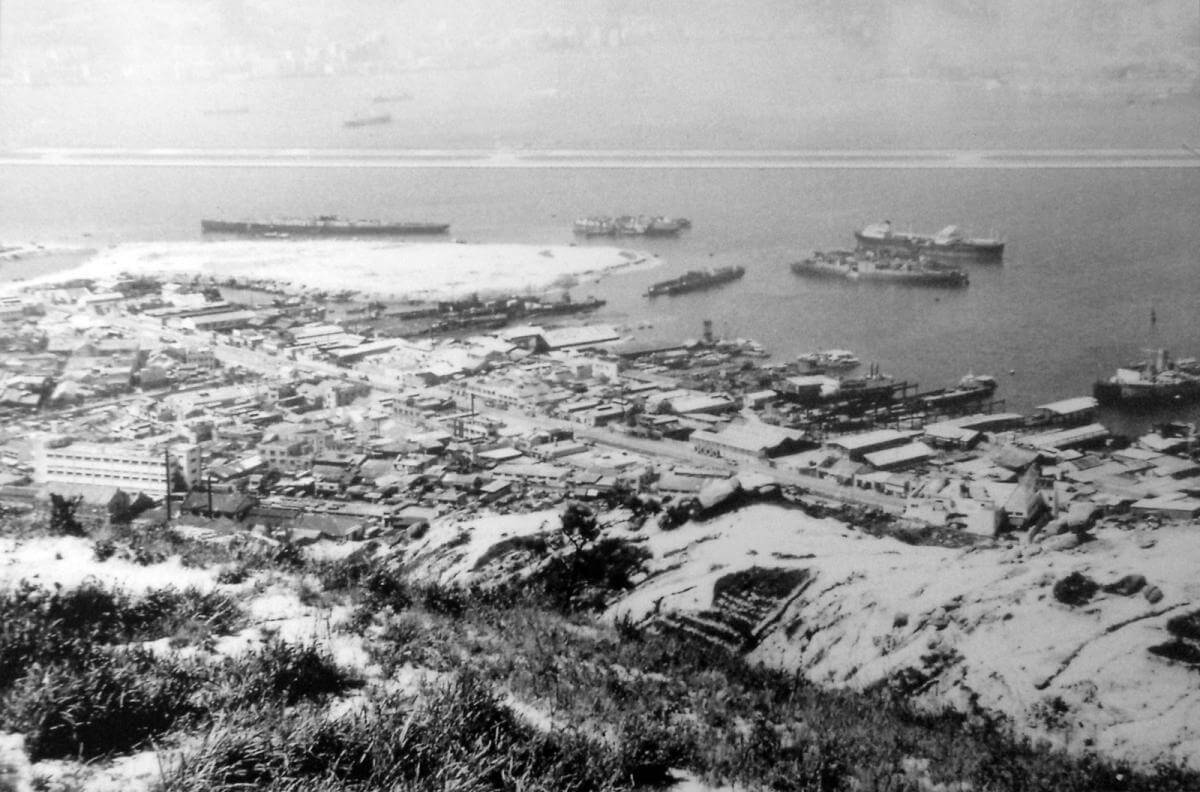 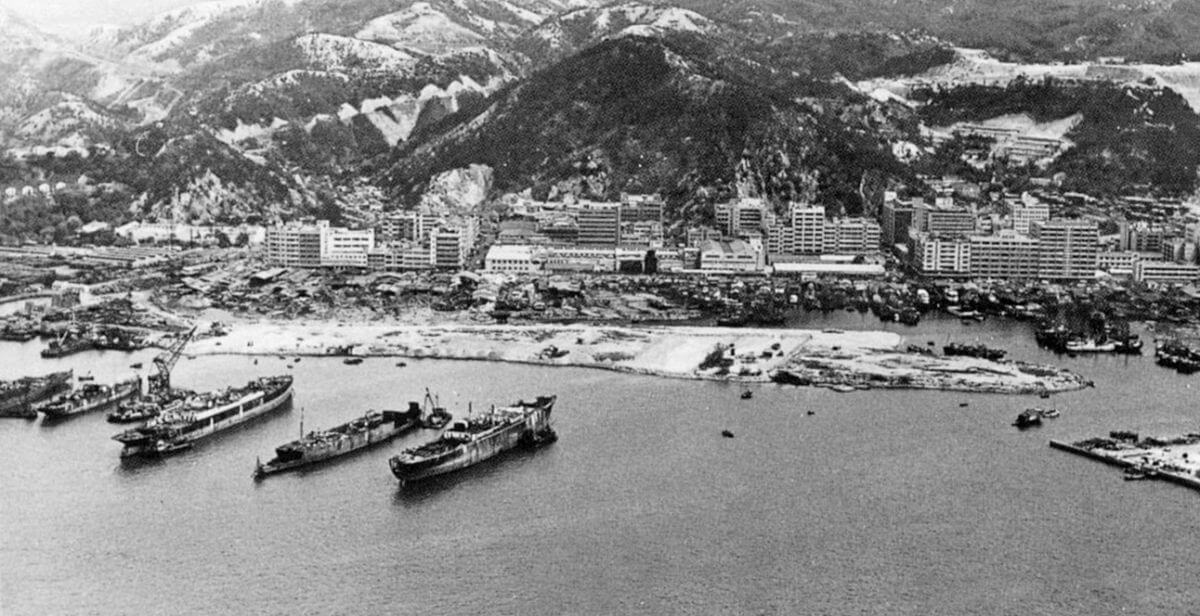 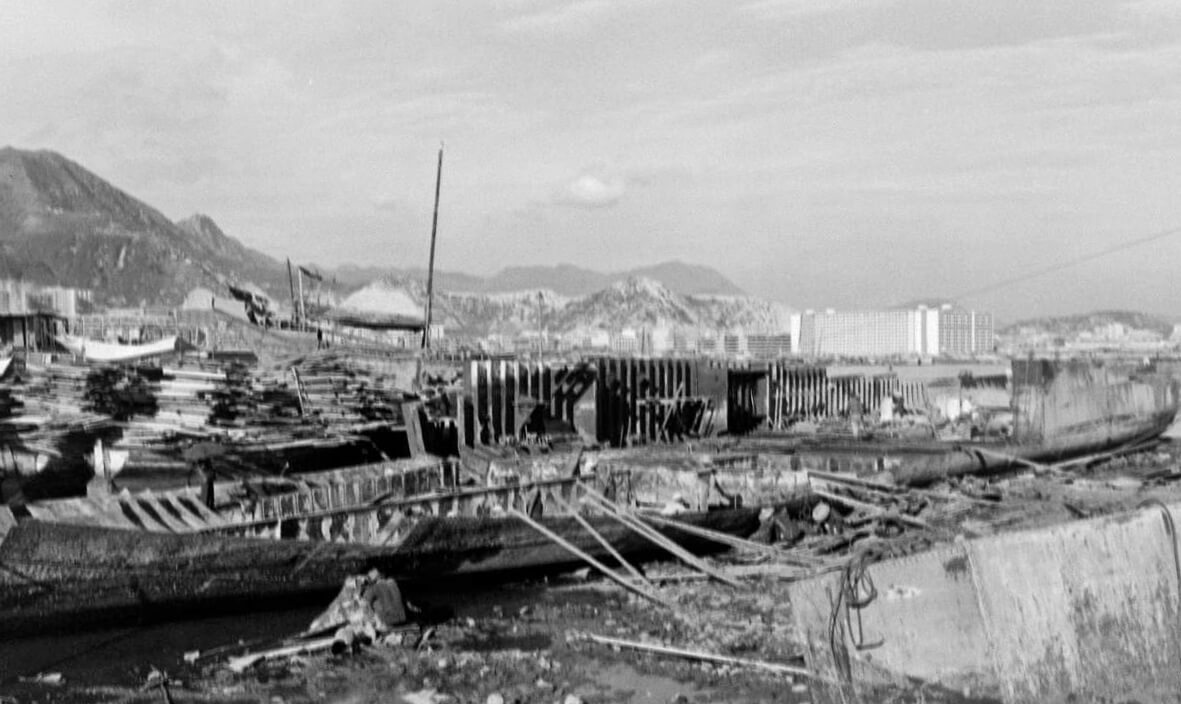 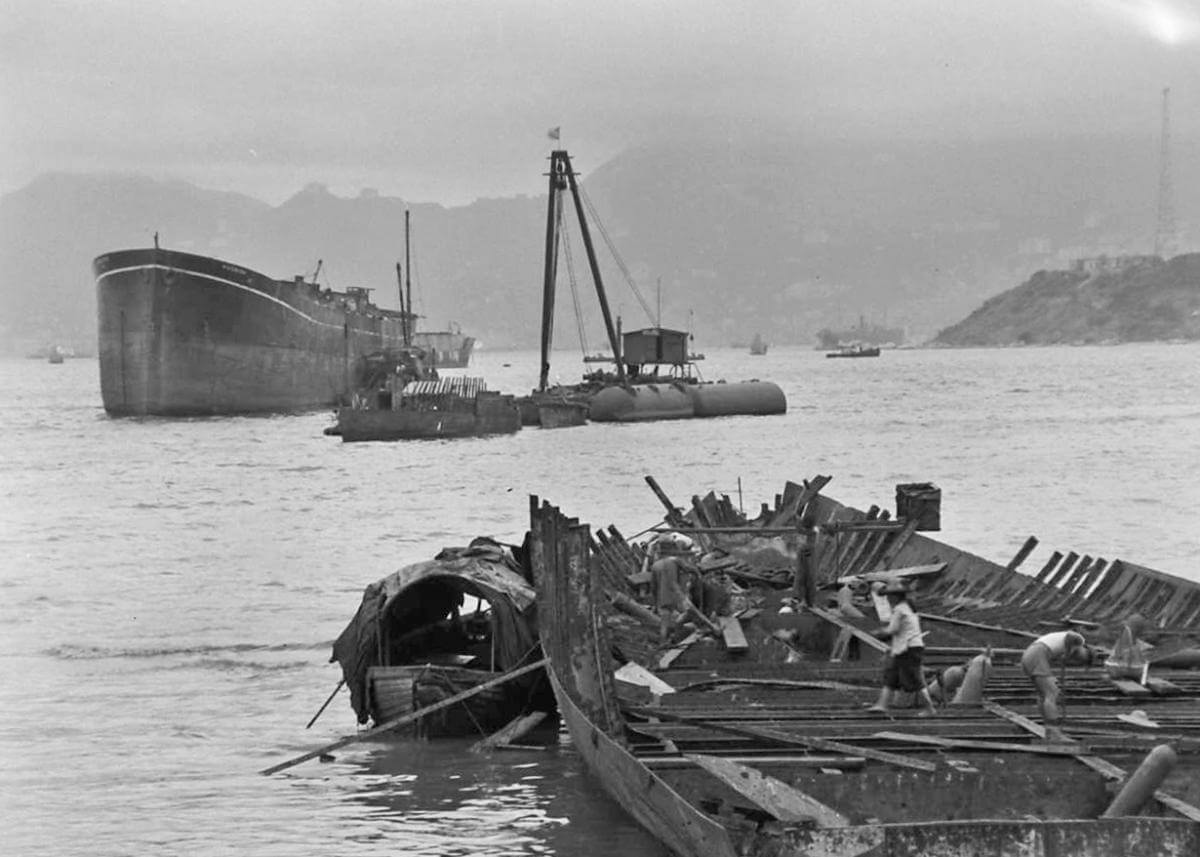 The Hong Kong Maritime Museum also contains information and photographs about ship breaking. It also has a Resource Centre which is a very useful source of maritime information with helpful staff.