Ngautaukok Shipyard during the Japanese Occupation, 1942-1945

Three wooden vessels were reported to be under construction and nearing completion in mid-1944 at the Ngautaukok Shipyard, located South of the Fukui Shipyard.  Only small wooden ships are built here, and work was reported in July 1944 to have greatly decreased owing to the lack of electricity.

Stephen Davies suggests that Ngautaukok shipyard is pretty much the same as Ngauchiwan/Fukui Shipyard see article linked below.

HK:Any images of showing shipyards in this area, pre and immediately post-WW2 would be very useful. As of course would any taken during the Japanese occupation.

This image is of Ngau Tau Kok in the 1960s and shows what appears to be several shipyards. Can they be identified? 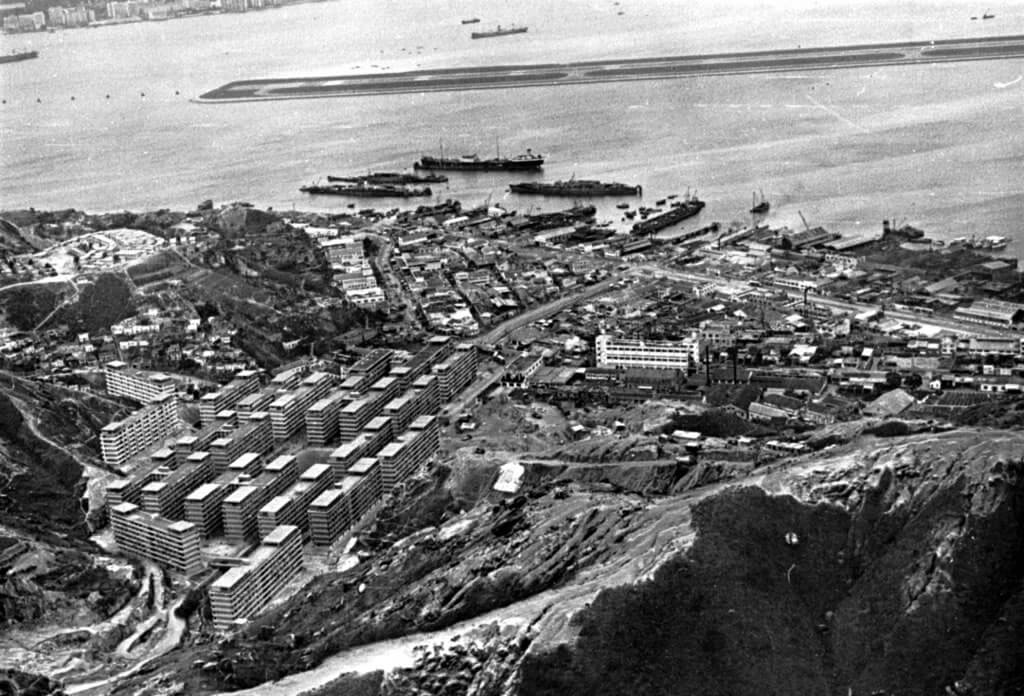