Stephen Davies: In the early 1850s in Sai Wan there was a boiler shop run by James Logan and William Swan, and a foundry run by William Dunphy at 58 Praya. Nearby at 63 Praya Harper & Co sold shipbuilding equipment (basically the bits and pieces of patent slips).

In 1855 either someone bought out Logan, Swan and Dunphy, or maybe they got together with another investor, and a new outfit, Harper & Co., opened a shipyard at 58 Praya. Its main employees were Alexander MacDonald and David Gow.

The concern was sold, possibly back to James Logan, in 1862 and maybe he sold it again in 1864 to a John Riach, who founded the Hong Kong Machinery Co.  (Two years later in 1866 there was a major fire which largely destroyed the yard.)

Meanwhile in 1864, after Harper & Co sold out, Alexander MacDonald set up MacDonald & Co, a shipyard on his own at 184 Praya close by where the West Point gas works was built around the same time, and roughly where Whitty Street East is now. 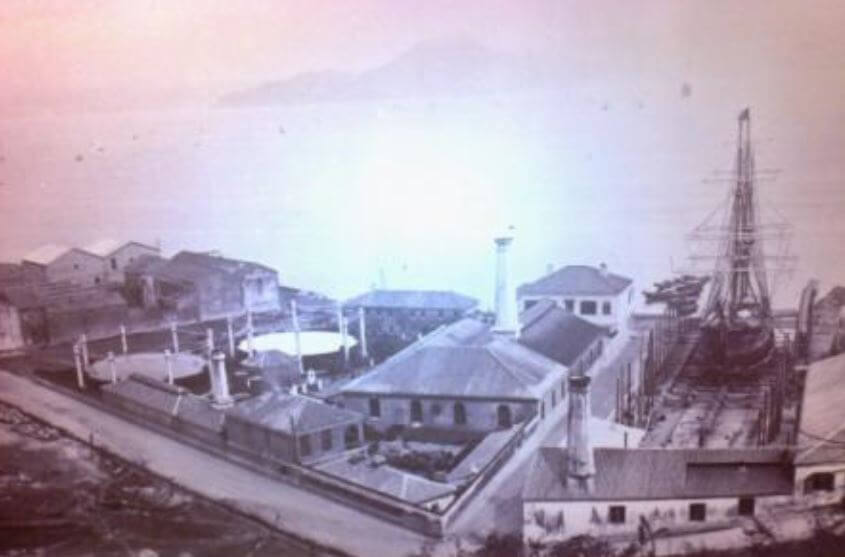 By 1872 MacDonald had returned to Scotland, where he died that year.