HF: I took these photographs of the quarry at Lei Yue Mun on the 11th November 2014. The map shows that it is actually just east of Ma Pui Tsuen though this is an extension of the well-known Lei Yue Mun and I’ll stick with the latter until we have an “official ” name.

I am especially interested in the second group of photographs that show a number of buildings and quays. I cannot be certain but surely they are connected to removing and loading stone from the quarry.

There are also shots of crude concrete/metal stumps. You’ll note I put my biro next to them in a vain attempt to look like a dedicated industrial archaeologist.

It would be appreciated if anyone who can link the quarry with the stumps et al and explain their function. Or provide maps/photos of when the quarry was operating. And dates… 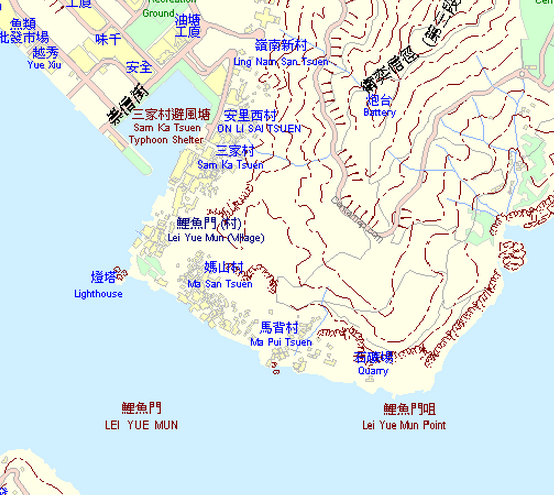 First photos of the quarry itself starting with the approach from Ma Pui Tsuen and the site visible behind the buildings. 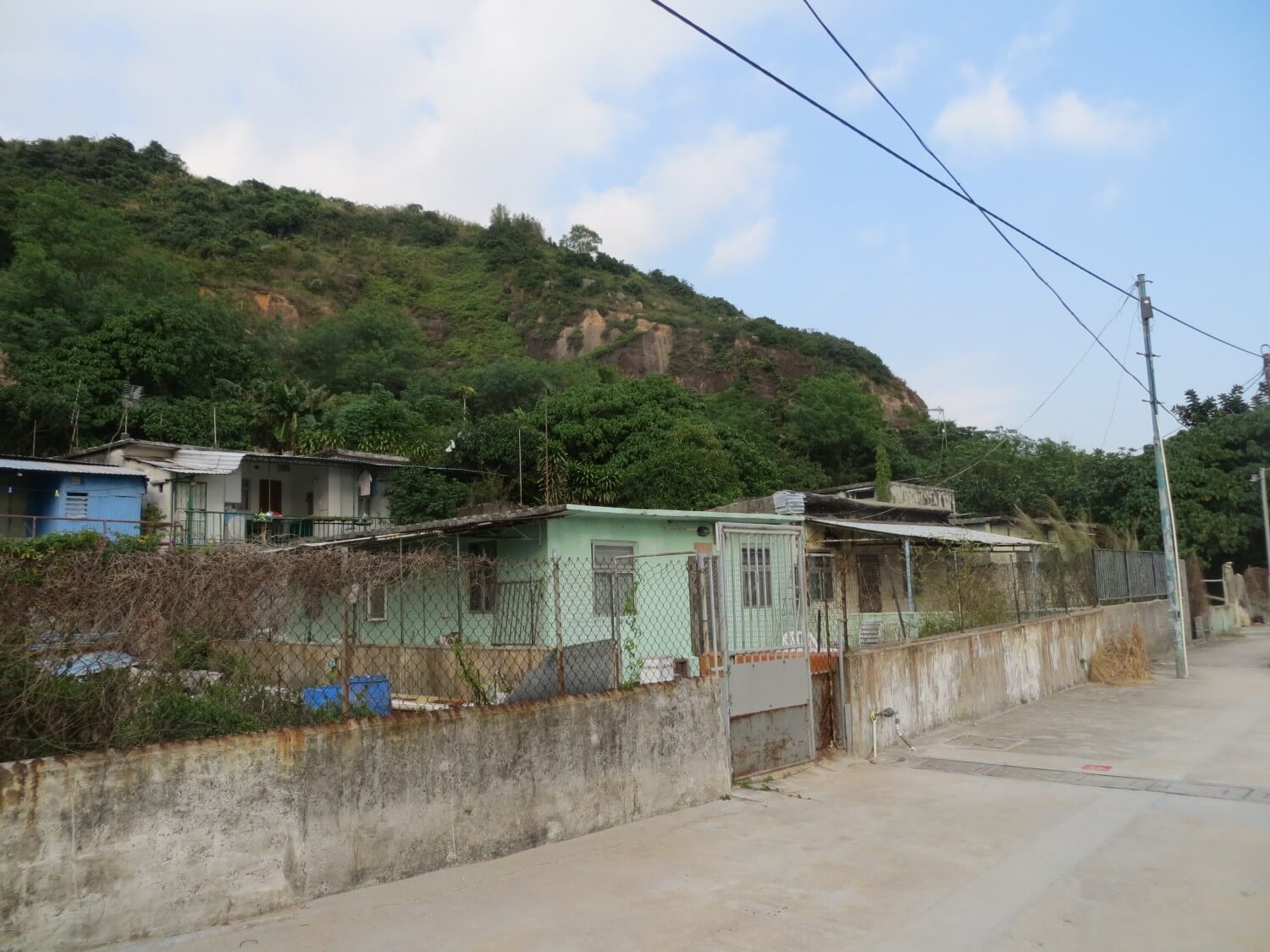 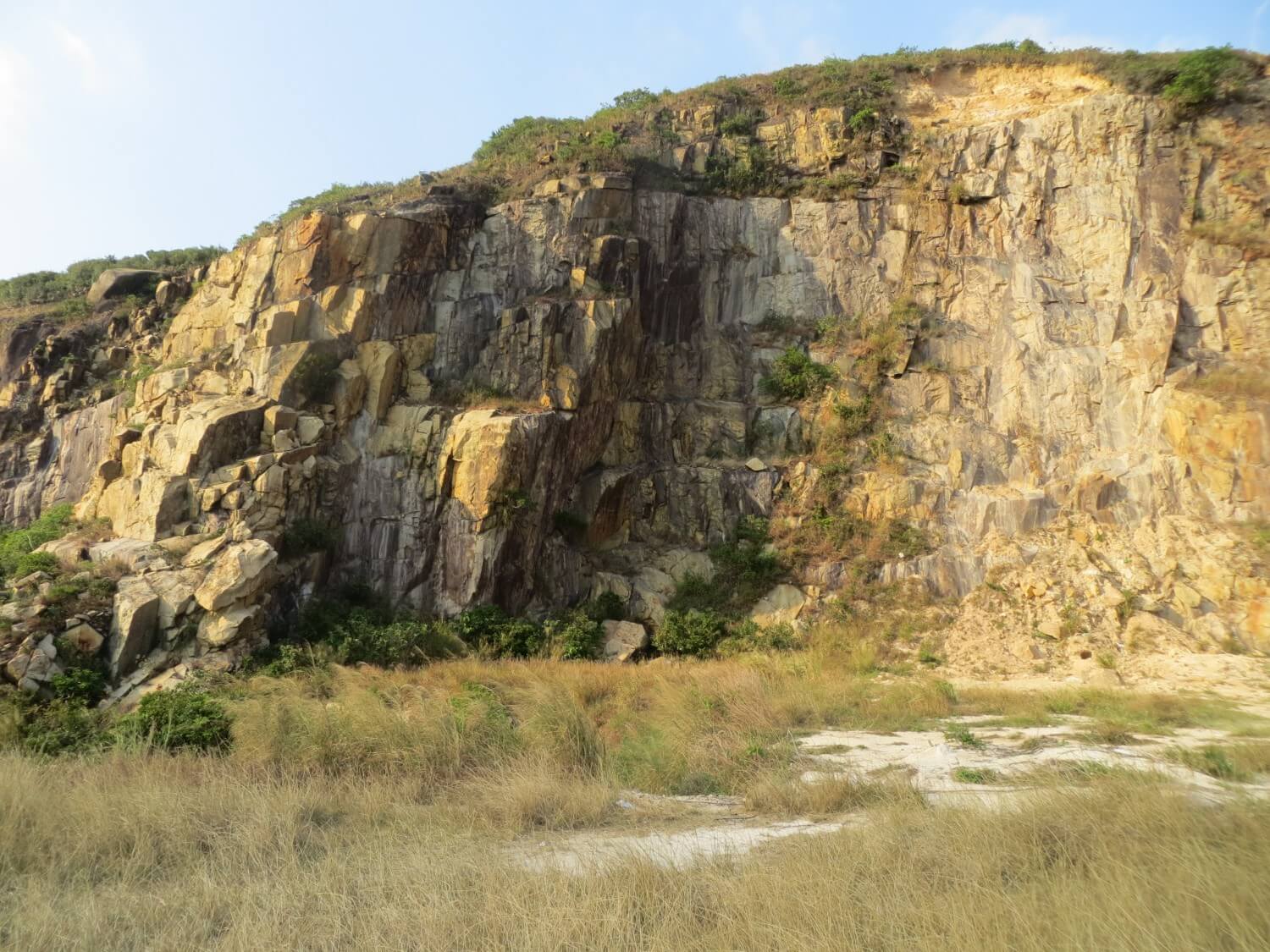 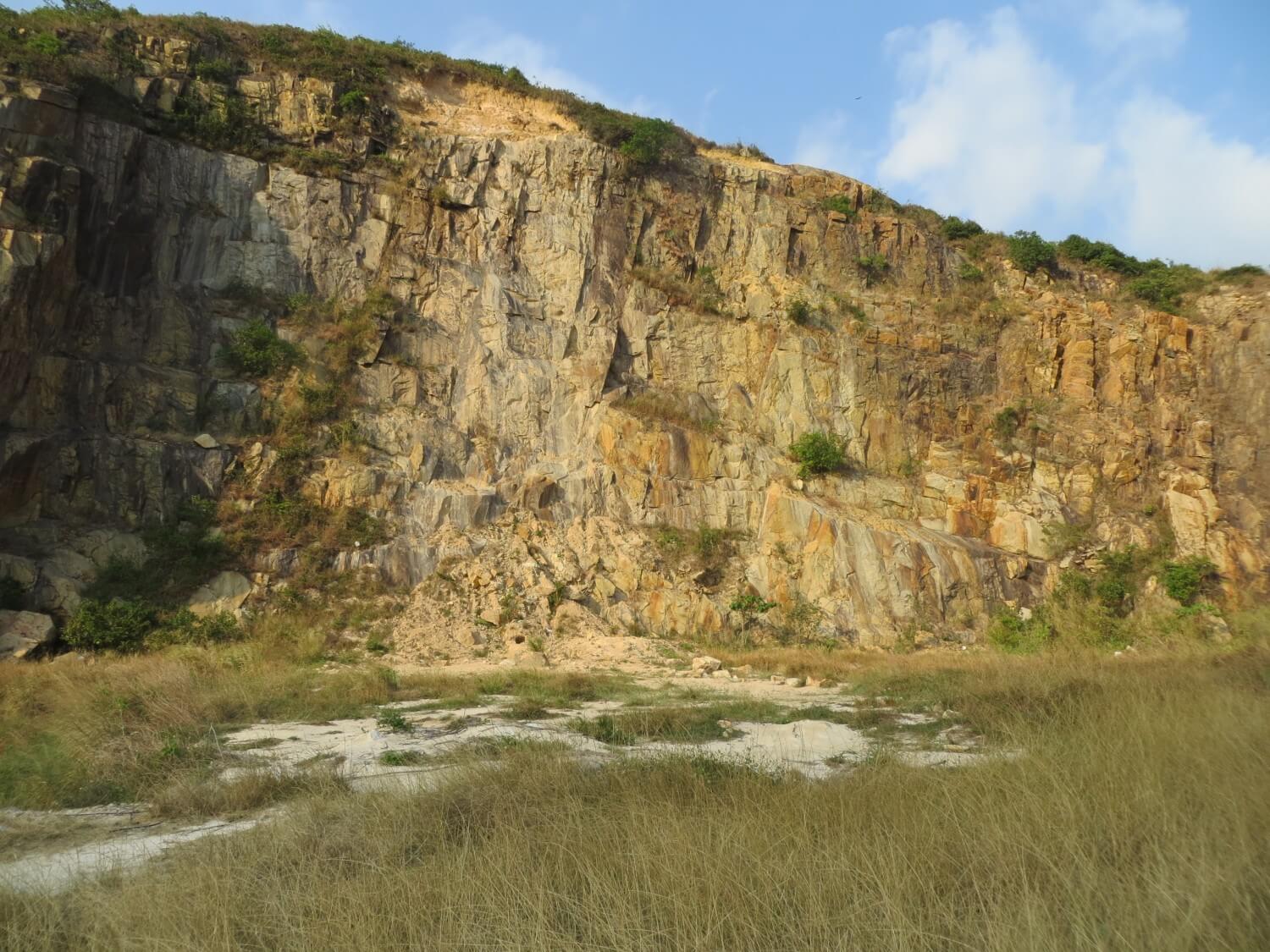 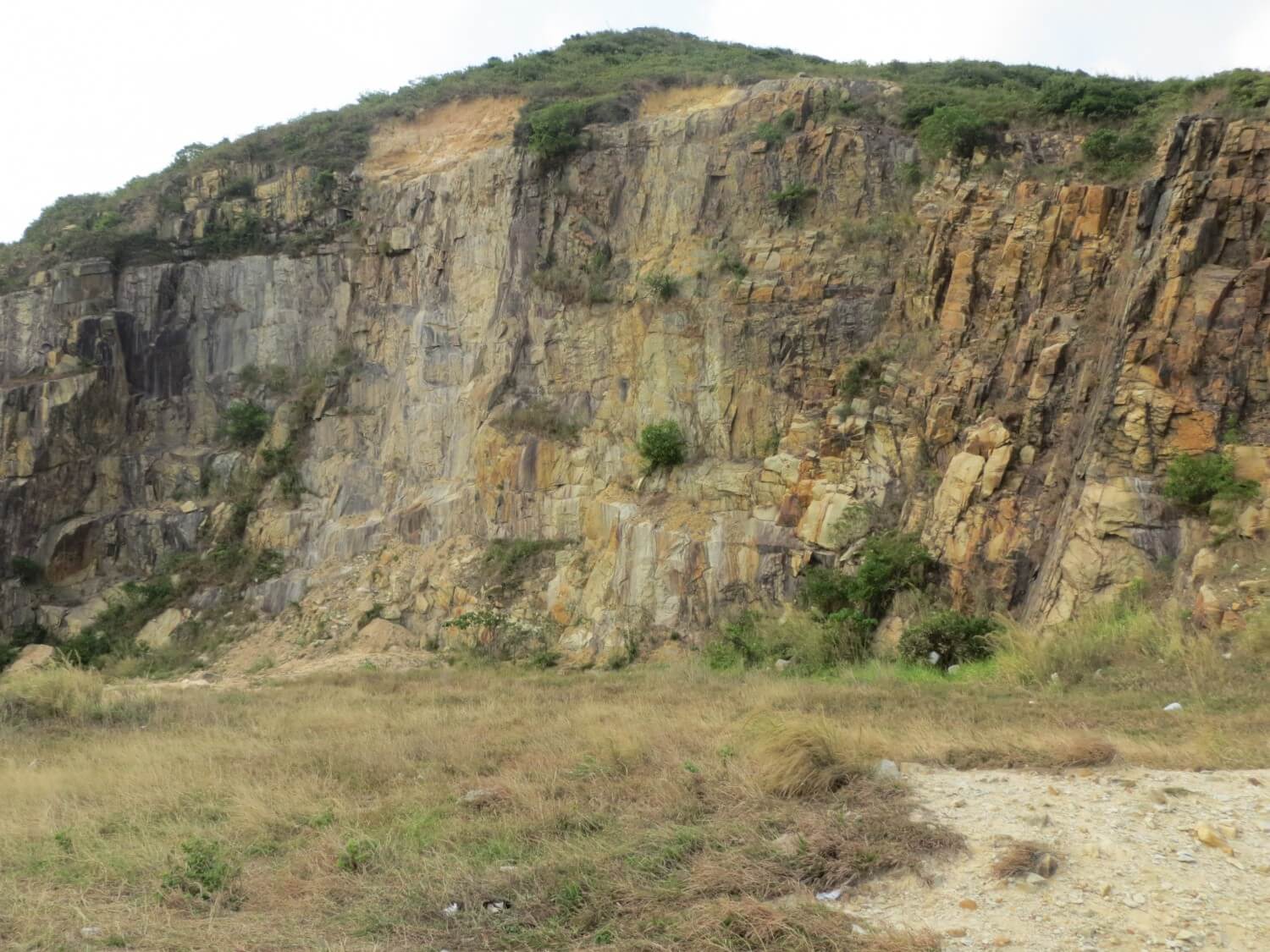 Then the buildings, piers, structures and objects found directly opposite the quarry and obviously near on in the sea. 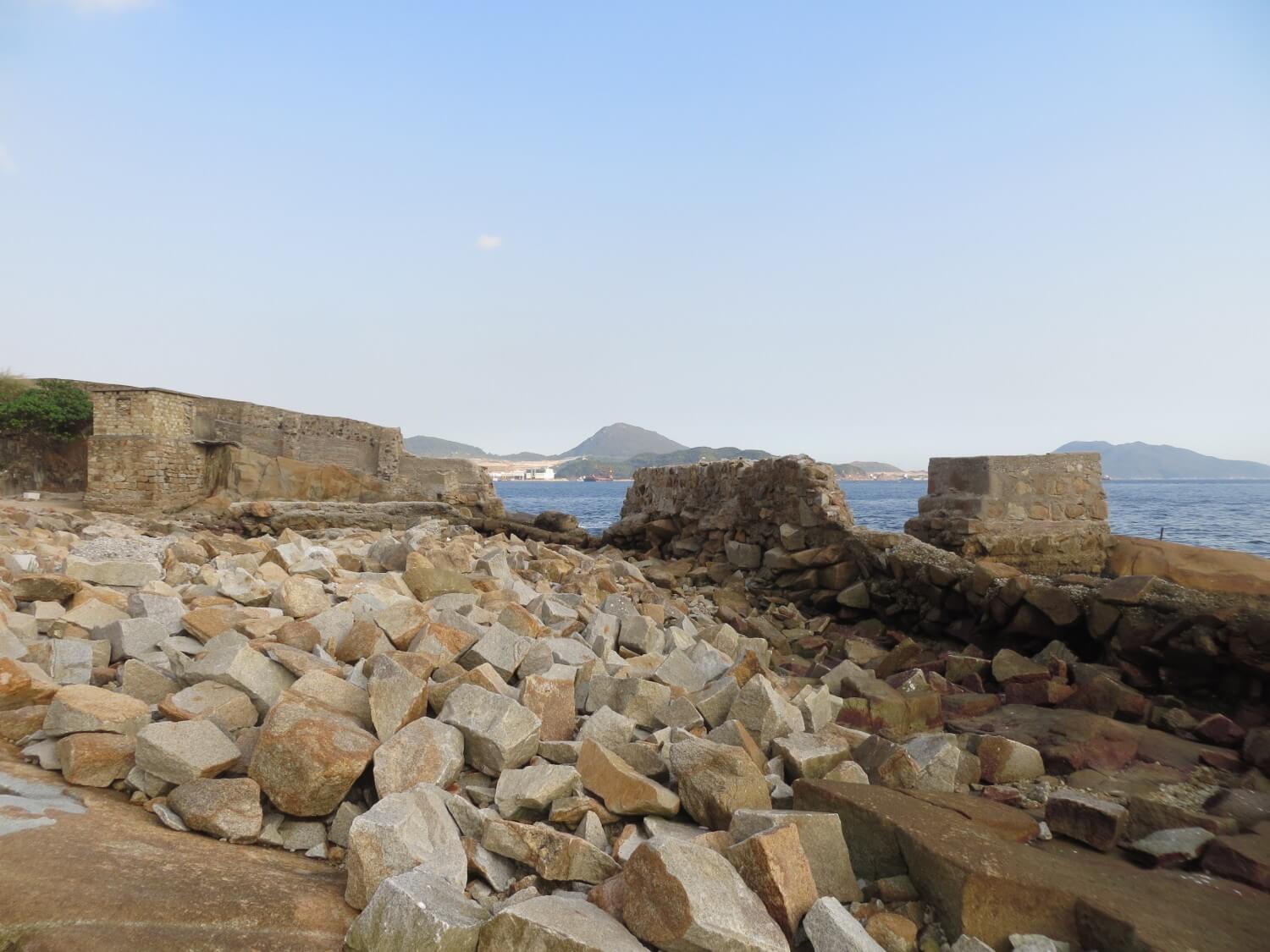 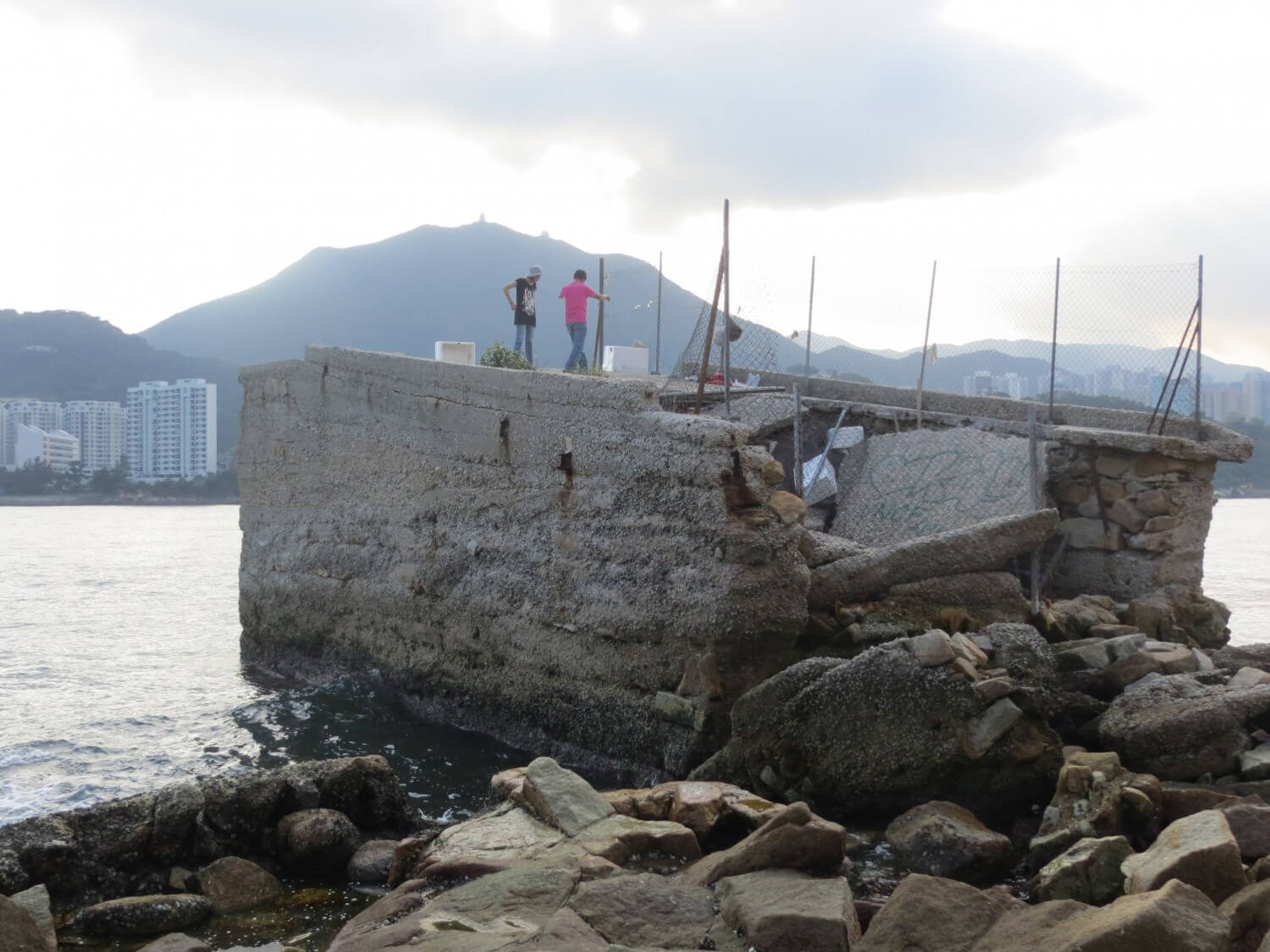 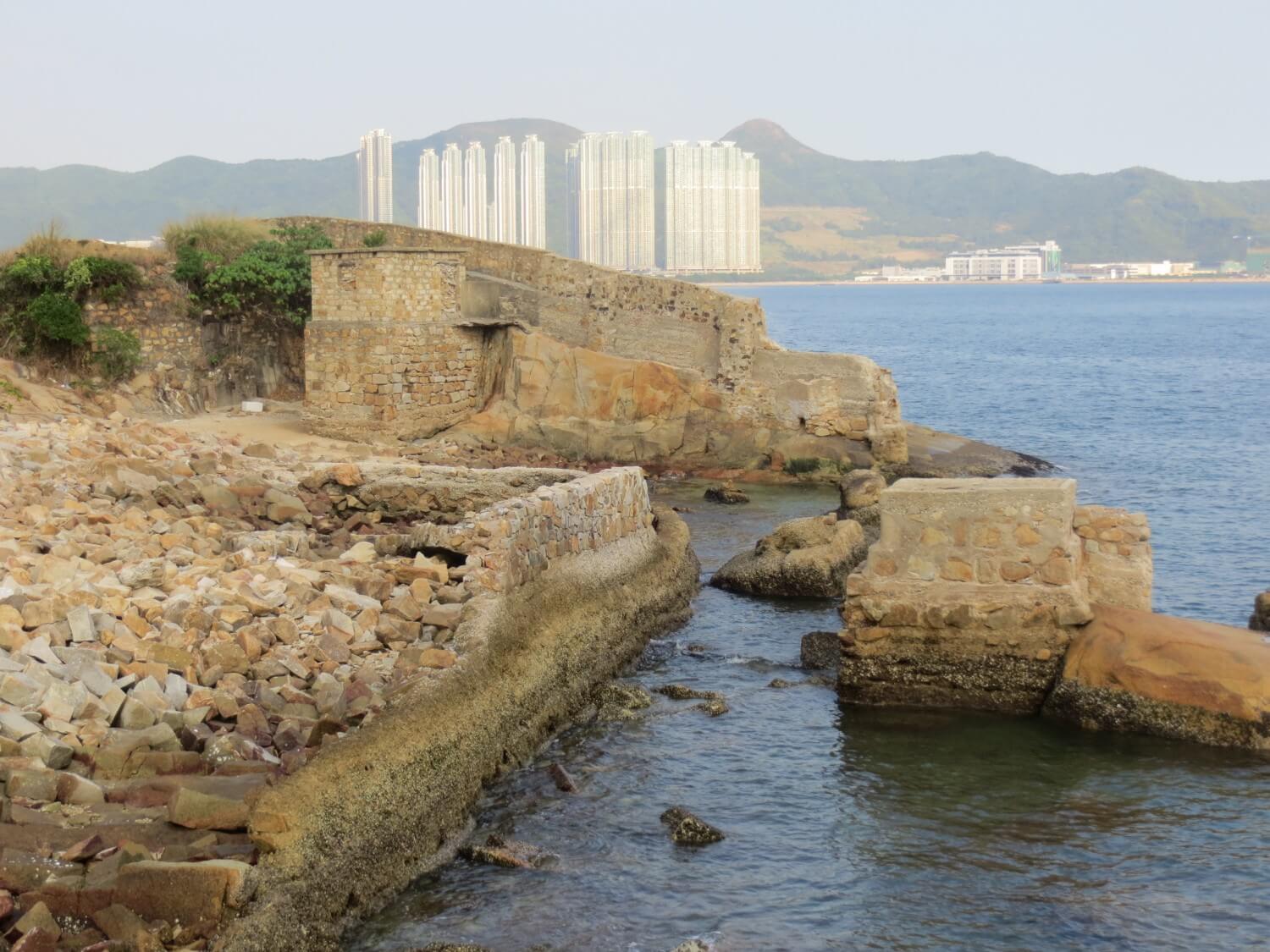 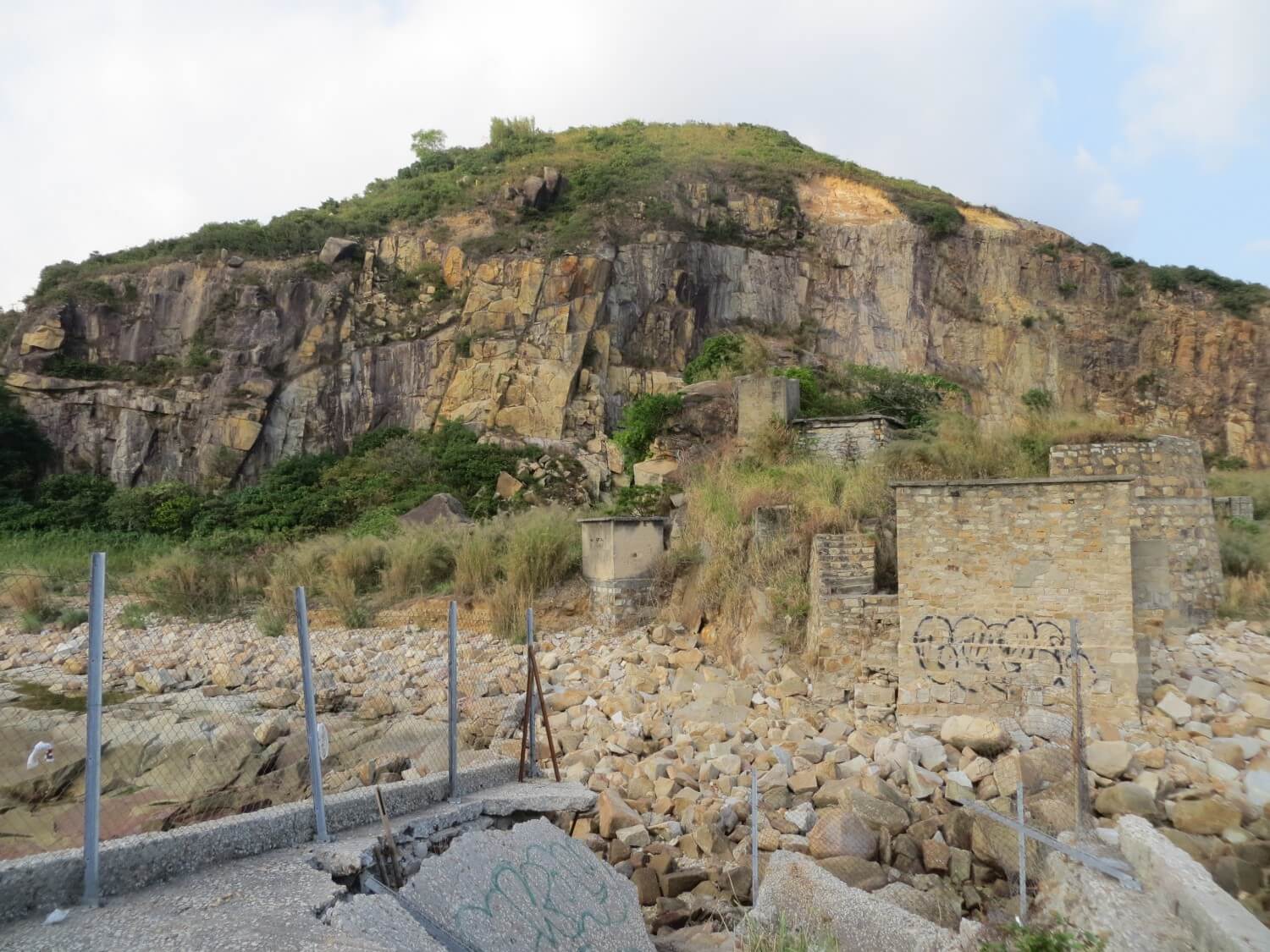 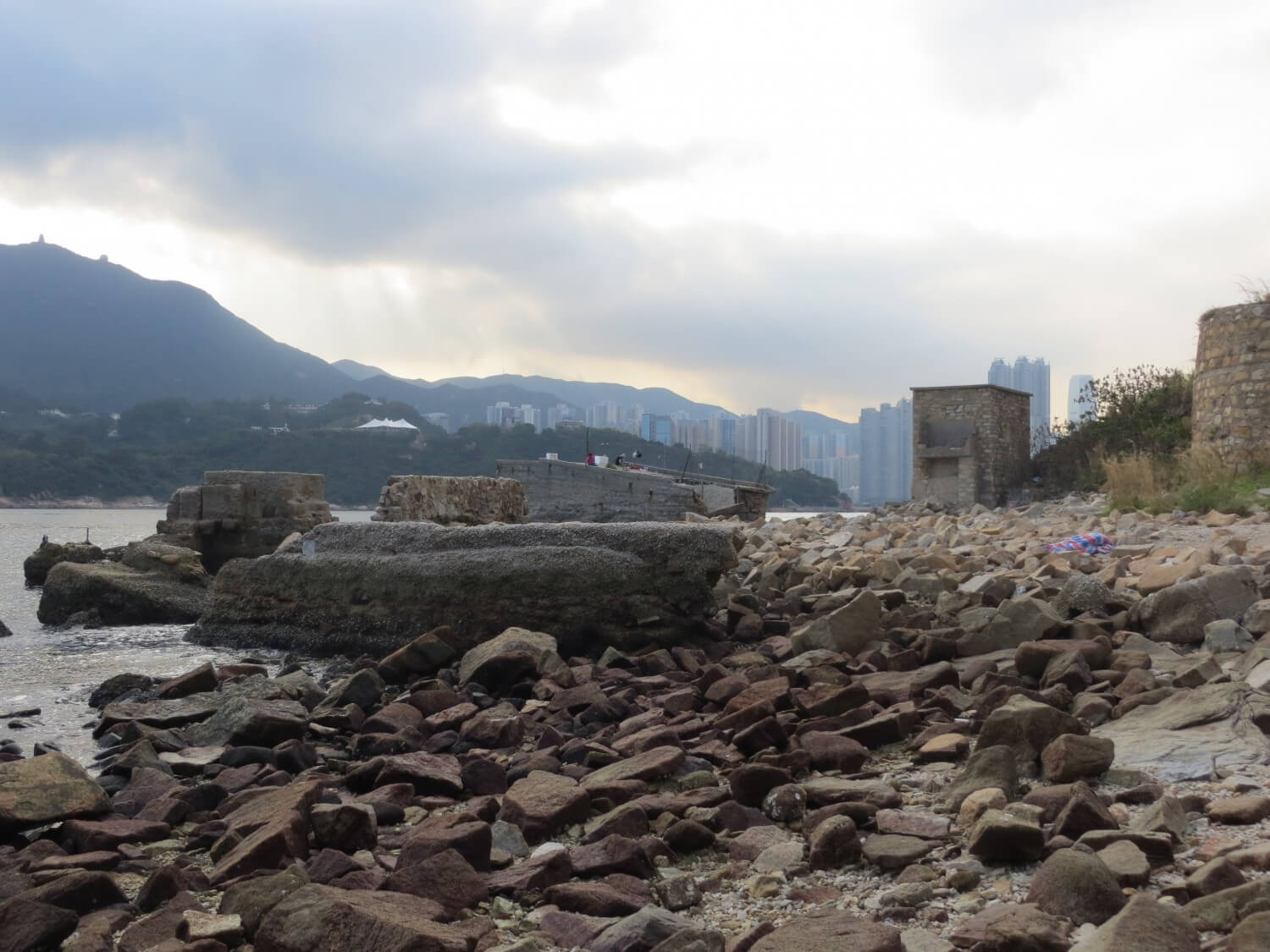 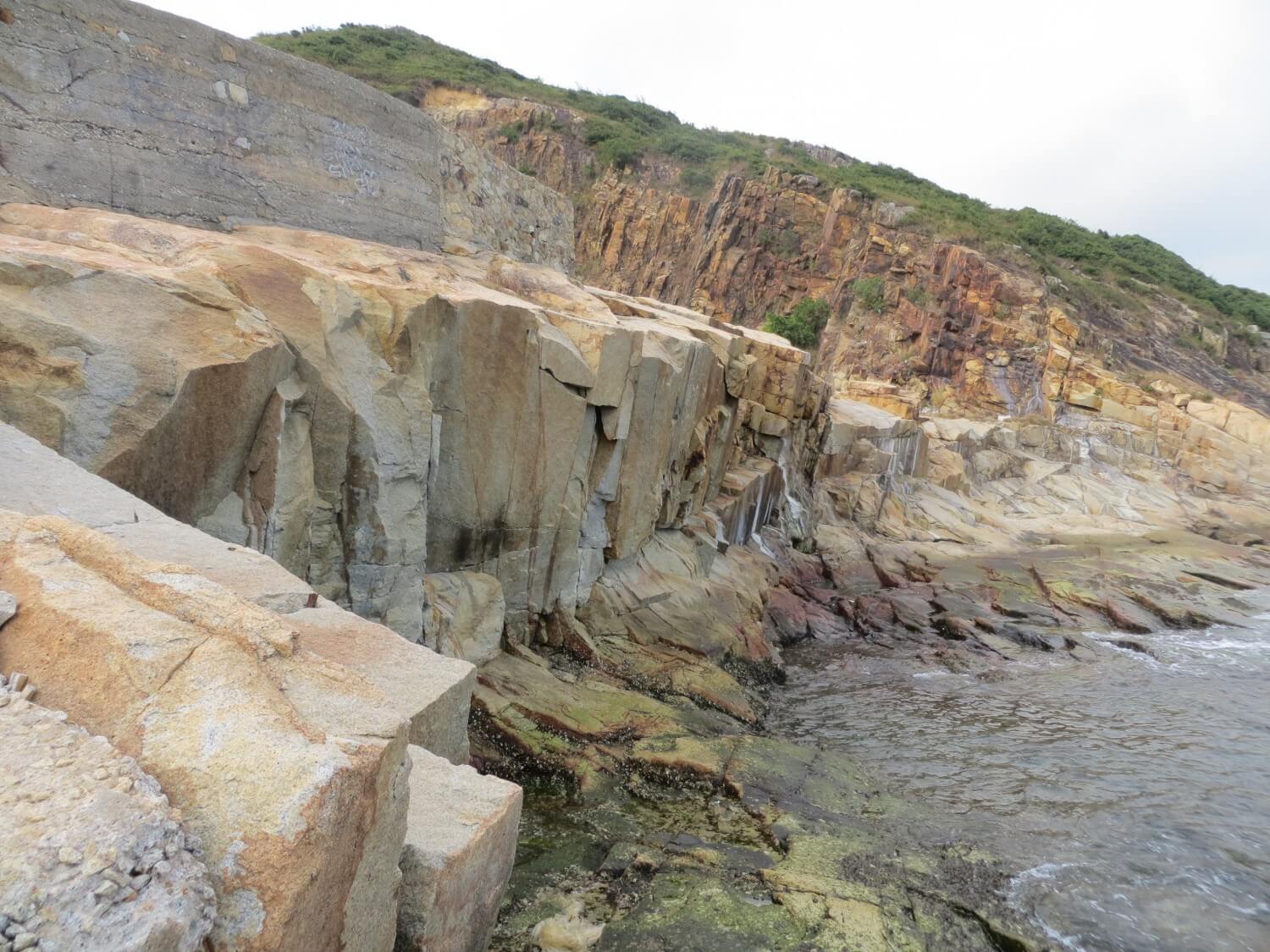 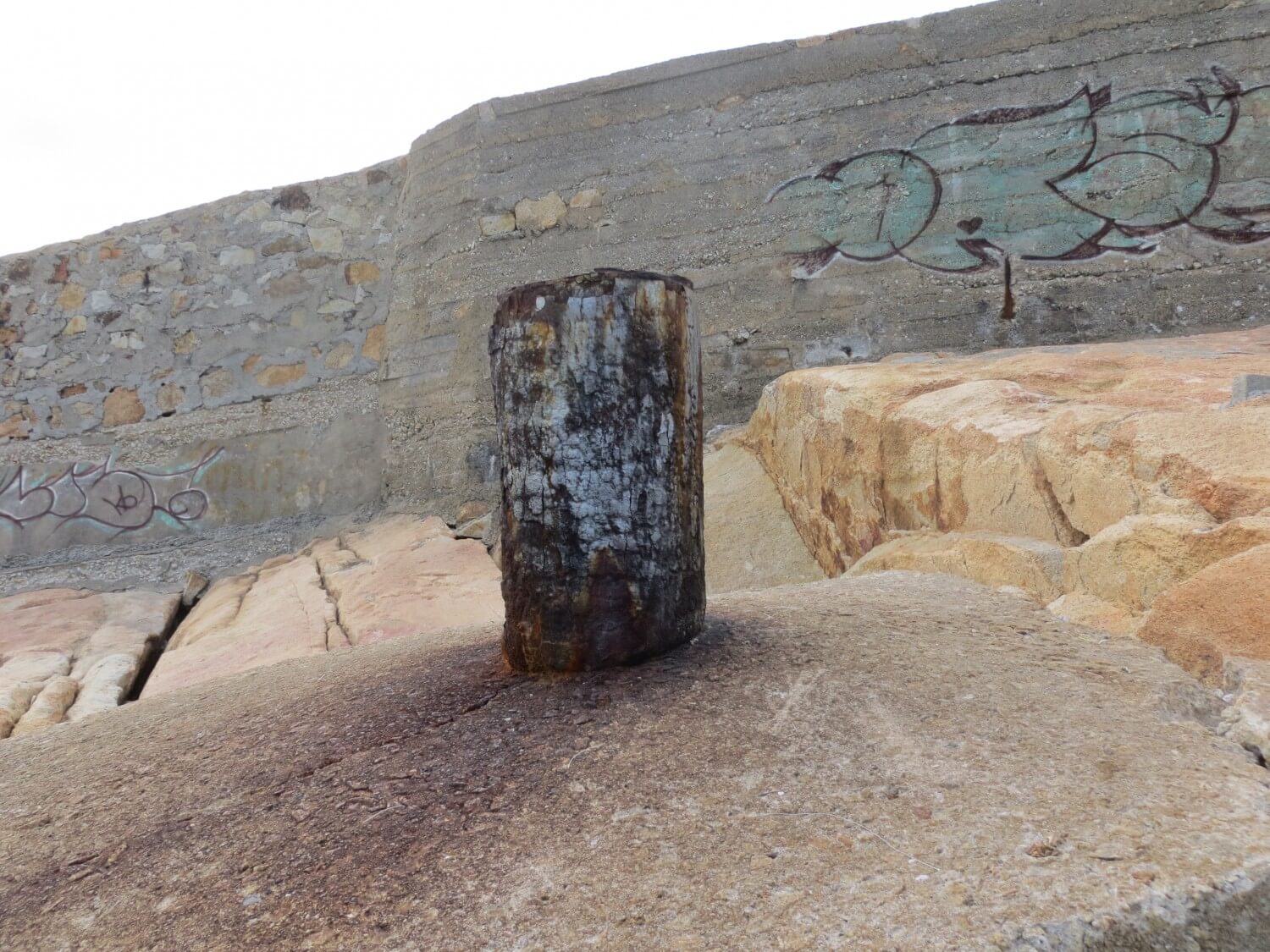 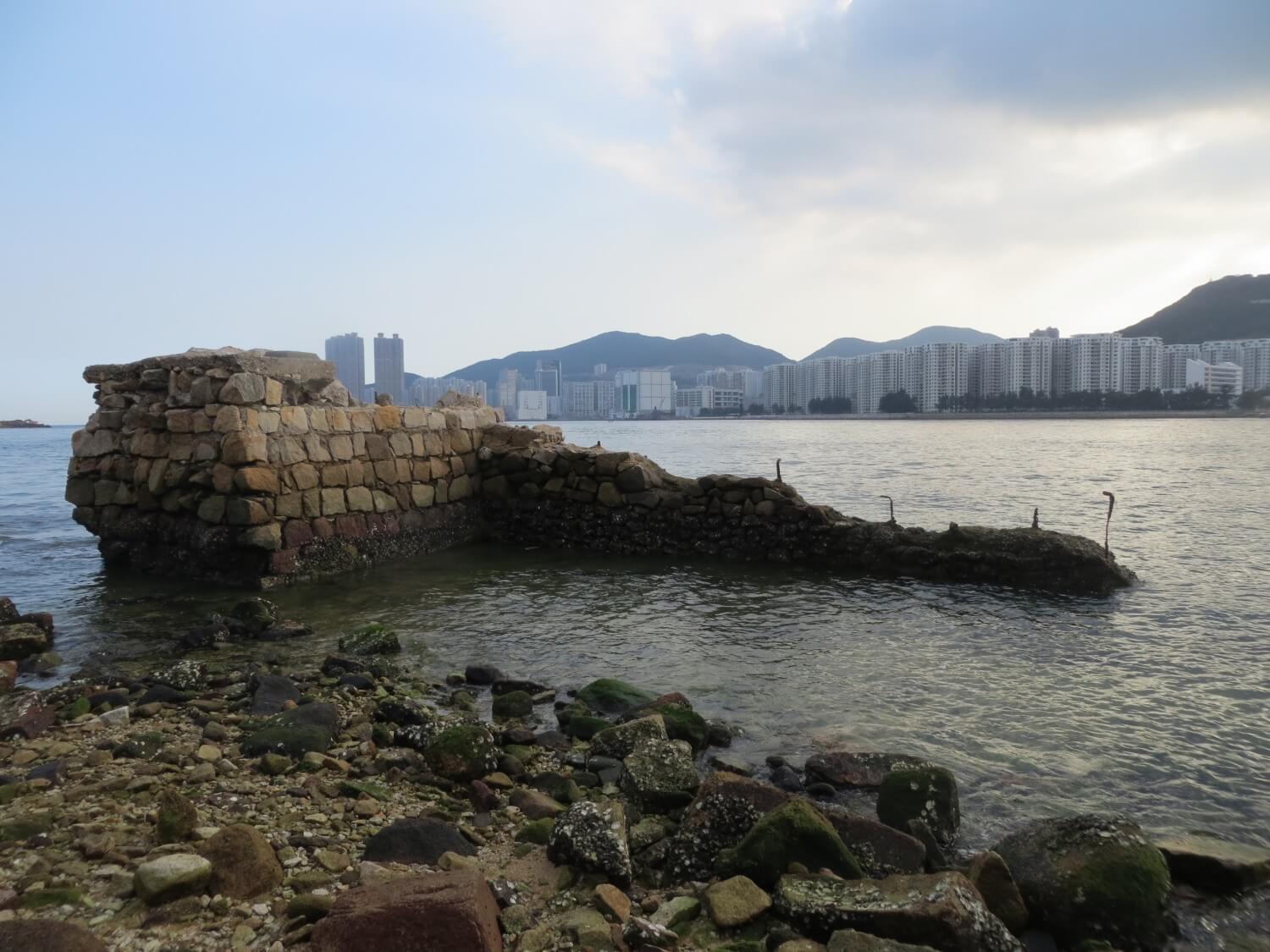 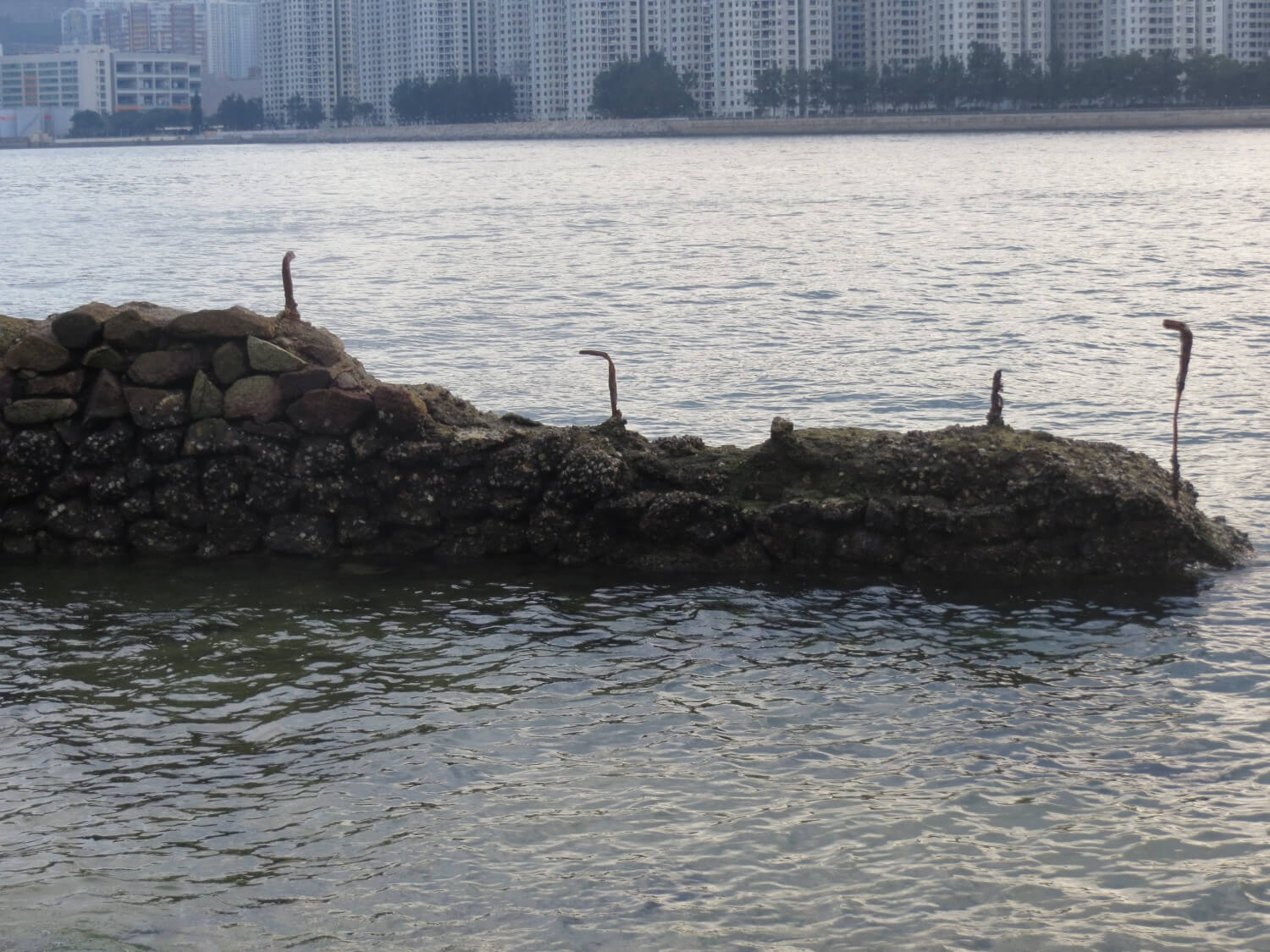 This article was first posted on 27 December 2014.

The Index contains a number of articles about Hong Kong Quarries