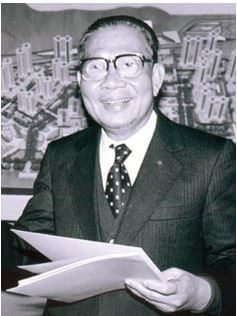 Kwok is probably best known as one of the founders and chairman of Sun Hung Kai Enterprises which became Sun Hung Kai Properties.

However before this he was involved in Hung Cheong Import & Export Ltd which was the HK agent for YKK Zippers, the world’s largest manufacturer of zips and zippers.

York Lo: Born to a family from the town of Shiqi in Zhongshan, Guandong Province, Kwok Tak-sheng (b. 12th March 1911, d. 30th October 1990) started work at an early age, helping his father with his small trading business.

Following an interim in Macau during the Second World War, he moved to Hong Kong and established an import and export trading firm, Hung Cheong, in Sheung Wan. His first fortune was made after he was awarded the Hong Kong distributorship of YKK zips, a popular Japanese brand used by many garment manufacturers.

In 1958 he entered the real estate business, setting up a company Eternal Enterprises, with Fung King-hey, Lee Shau-kee, Seaward Woo and four other investors. Three of the partners – Kwok, Fung and Lee – went on to form Sun Hung Kai Enterprises in 1963, deriving its name by taking a word from each of their own companies. Kwok was appointed chairman. Thanks to his ties to the manufacturing sector, he not only astutely predicted a rising demand for factory buildings, but also steered the company towards meeting that demand.

By 1972, the year the company went public, Sun Hung Kai had sold over $565 million worth of properties. In the same year the two other partners went their own way. Kwok Tak-seng, having acquired a controlling share, took over the company, which became known as Sun Hung Kai Properties (SHKP). 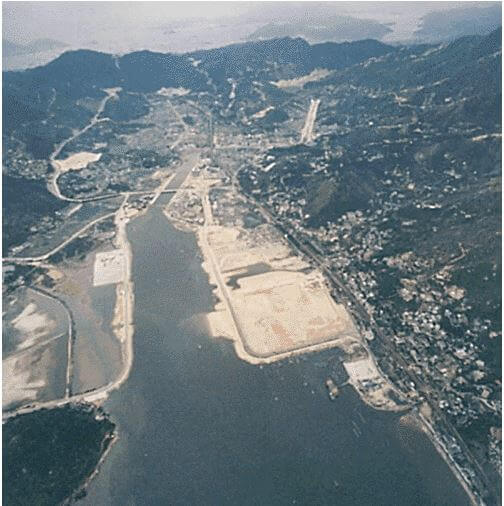 SHKP was also to become one of the first developers of large-scale residential estates, particularly in the New Territories. Kwok realised the development protential of the New Territories after completing a hotel project in Sha Tin in the 1960s, and during the 1970s he began buying large tracts of rural land in anticipation of urbanisation.

The shrewdness of this strategy was demonstrated by the take-up of a number of developments in the 1980s, including the New Town Plaza in Sha Tin in 1984 and residential and commercial complexes in Tai Po and Tsuen Wan.

In 1980 SHKP bought a majority stake in the Kowloon Motor Bus Company.

At the end of 1990 SHKP was worth over $25 billion with a land bank of 3 million square feet, the largest of any developer in Hong Kong. It remains one of the territory’s largest companies in terms of market capitilisation.

Kwok died in 1990 and was survived by his wife, three sons and one daughter.