Kwong Chi Man has kindly translated the Japanese names of the piers shown in columns at the bottom of this map of Hong Kong harbour which was drawn during the occupation, WW2. Elizabeth Ride has kindly transcribed the faint handwritten English ‘translation’ alongside the Japanese. Many thanks to both contributors.

ER adds: The map was published in the Waichow Intelligence Summary #28 of 25.4.43. There were no copy machines in those days of course, so it must be either an original or a photograph taken surreptitiously. It might be of interest to see this insight into the workings of J Group:  my father [Sir Lindsay Ride] wrote to the Military Attache in 1944 – “The Shipping Group consists of friends working in docks, shipyards and shipping offices, their contacts with a ‘post office’ in Hong Kong, runners who bring information out to a town in Free China and the contact between that town and our forward post.” 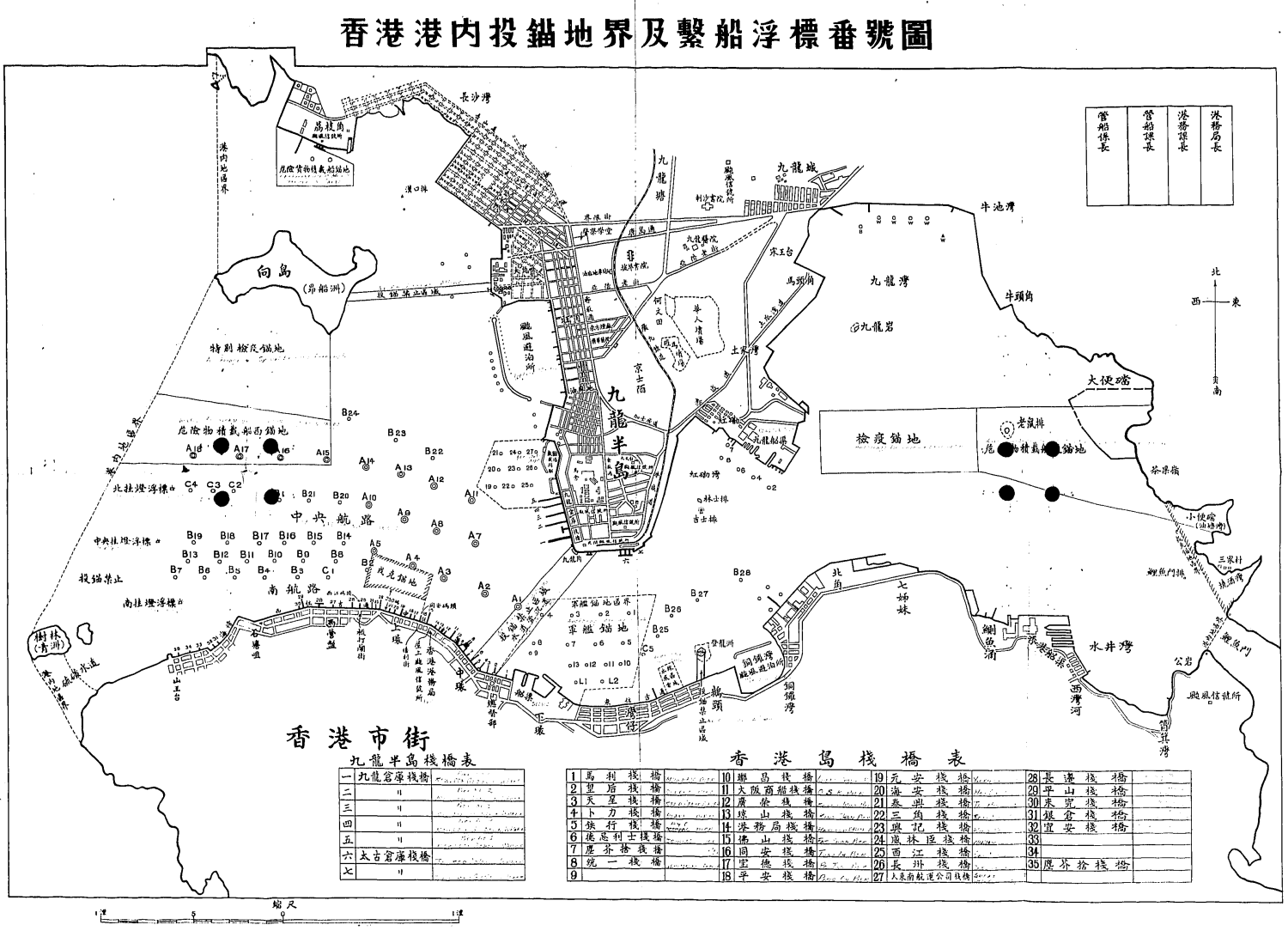 ER’s transcription has been added in square brackets where there is a discrepancy between the Japanese translation and the English version.