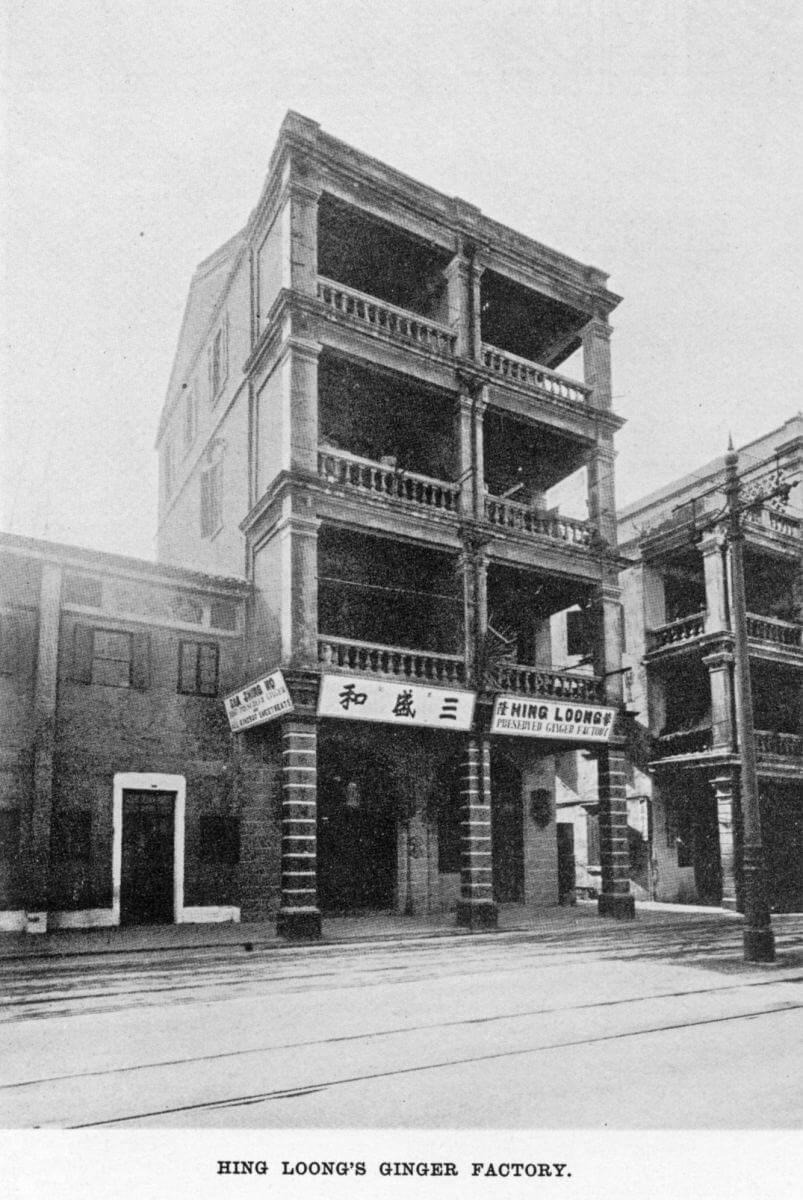 HF: Here’s another in our series of Ginger Factories from the late 19th century and early 20th. I cannot find out much more about this company and would like to know when it was established. Also about Wong Chi Chau mentioned in this article. And the company of which he was the compradore of, Messrs. Alvares & Co. The article says it was responsible for “exporting the produce of the factory”.

The article begins: “There are many ginger factories in the Colony, and one of the largest and best known is the Hing Loong factory, occupying Nos. 322 to 324 Des Voeux Road West.

The ginger required by the factory comes from the Canton district, and the care exercised in the selection of the raw product has given the firm an excellent reputation in the markets of Europe, America and Australia. For the export trade only the finest qualities of stem ginger are used…

Many thanks to IDJ for sending in this information. (1) 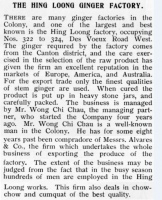 This article was first posted on 28th December 2013.